Smart home platform Plume is launching its Power Pod system in the UK next month, bringing a holistic suite of home network controls and improved Wi-Fi coverage to customers via a series of hexagon-shaped Powerline adapters.

Competing with the likes of Netgear Orbi, the Plume SuperPod is a tri-band Wi-Fi adapter that you plug in to a free mains socket before connecting to a spare LAN port on your modem/router via Ethernet.

You then plug in other dual-band PowerPods to spare mains socket in rooms where Wi-Fi signals from your main device typically can’t reach, or coverage is poor anyway. As well as featuring Wi-Fi antennas, each of the Plume Pods comes with two Ethernet ports, so you can set up a wired network over your home wiring.

But whatever you do, don’t call it a mesh Wi-Fi system. 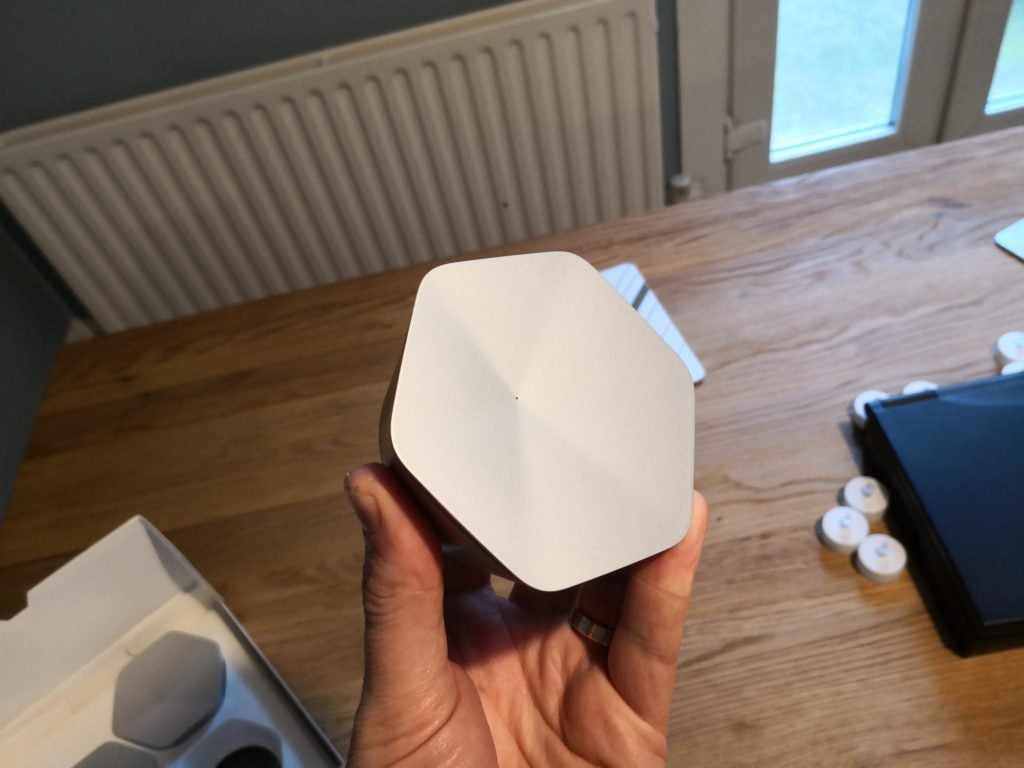 Plume’s CEO Fahri Diner would prefer that you called it ‘adaptive Wi-Fi’. In a media briefing Trusted Reviews attended, Diner briefly explained why Plume’s SuperPod offering is more than about coverage:

“It’s more complicated that what you might have heard in terms of mesh systems and so on, as those are intended to really solve the Wi-Fi problem in one dimension, which is coverage,” Diner said.

“People want Wi-Fi in every corner of the home. But Wi-Fi needs unlicensed spectrum on determinsitic medium. The environment is going to change it. Sometimes your Wi-Fi is great, sometimes it’s not, it might be because your neighbour just came home, and on an interfering radio channel, they start to stream video…

4K streams will require 25Mbps of sustained throughput, whereas gaming and video call sessions don’t need quite as much bandwidth, but will be more adversely affected by latency and packet loss than a TV stream would.

Diner says that Plume is designed to identify not only what devices you have on your network and what their requirements are, but also when you’ll use them. Over time, the system will not only get a better grasp of what devices are on the network, but it will also attempt to learn when you’re going to fire up your PS4 Pro in the evenings and weekends, and when you might want to have a Skype call with friends and family.

This thinking also underpins security measures that are designed to look for anomalies and, if a device behaves suspiciously, to isolate that device from the network. 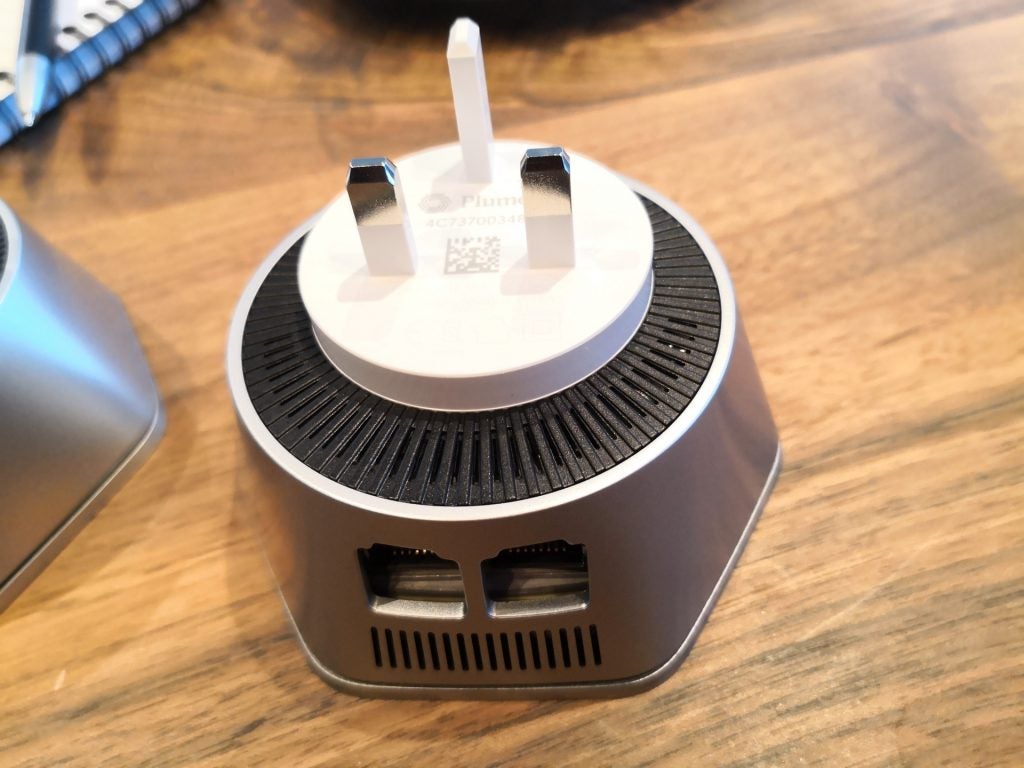 Diner was at pains to point out that this network analysis data is not stored remotely and isn’t seen outside of your home or shared with anyone, unless you get in touch with Plume’s tech support teams.

“When we say we see data, no human sees any data. The machines see this. Except for in a support call situation… We only use data to optimise the performance of the experience. We’re not selling this data. We have no relationship with marketers.”

Set-up is handled from your phone via the Plume iOS and Android app, essentially turning your phone into a remote control panel for your home network.

From here, you’ll be able to easily enable parental controls on a per-device basis, instead of relying on any ISP whole home content filters, and more easily personalise guest Wi-Fi access.

Plume’s also promising a more consistent Wi-Fi experience, as well as wider coverage throughout the home. AI features are trained to provide dedicated throughput to specific devices, and also respond to changes in your environment, like moving to different Wi-Fi channels should a neighbour come home and start streaming video on their network.

Plume says that eventually, the software will also look for and detect anomalies in device behaviour on the network – it’s ‘Advanced IoT Protection’ feature will hit the Plume iOS and Android app on the 15th April 2019 in the UK and US.

You might not have heard of Plume or its technology before, but you will have heard of some of its partners – its OpenSync software sits behind adaptive Wi-Fi offerings from Comcast and Bell Canada in North America, and closer to home, Plume has announced partnerships with TalkTalk and Virgin Media’s parent company Liberty Global. Many of the features announced today sound a lot like what Virgin’s just started to offer customers with its Intelligent Wi-Fi update.

But while offerings like Intelligent Wi-Fi will be exclusive to specific ISPs, Plume’s SuperPod is ISP-agnostic. The hardware is yours, so if you switch provider, or move to a new home, where your current ISP isn’t available, you won’t have to send anything back, as you’d have to with Virgin Media’s Wi-Fi Boosters.

A Plume starter kit, consisting of one tri-band SuperPod and two PowerPods, costs £99, and an annual subscription to the service is also £99/year. That might be pricey for some, but it does mean you’re not tied down to one specific provider.

Full pricing details will be available at a new UK-focussed page on the Plume site, but at the time of writing, this information wasn’t present.

Trusted Reviews has picked up a Plume SuperPod starter kit and is in the process of testing this now.

Intrigued by Plume’s adaptive and platform-agnostic offering, or will you be sticking with your ISP-supplied system? Let us know on Twitter @TrustedReviews.