Exclusive: Plex could soon start surfacing documentaries, eSports, and even VR content in a bid to become the main way you watch TV, according to its CEO. We take a closer look at what the future holds for the popular media platform.

Although it pales in comparison to media app titans like Netflix, Plex is a hugely popular way to watch TV shows and movies – 10 million registered users are evidence enough. Its success stems from its unique proposition: users provide their own content. If you stuff your computer full of media, Plex allows you to watch that content remotely on your TV, or phone, or tablet. Your own personal Netflix, if you will.

But that’s about to change, as Plex wants to start shipping third-party content to users, rather than having viewers rely simply on their own library of goodies. Speaking to TrustedReviews, Plex CEO Keith Valory said: “We want to be the way people discover and enjoy and share all of their media on all of their devices.”

He describes this as an “absurdly audacious goal”, but says it really comes down to one simple question: “There’s an infinite amount of content – how can we organise that to make more sense?” 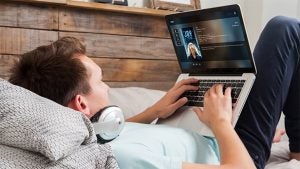 The first real step Plex has made towards this bold vision is the recent acquisition of Watchup. It’s a news aggregator (founded by ex-journo Adriano Farano) that melds together video content from over 150+ “credible” news sources – think CBS, CNN, Vox – and serves it up using machine learning algorithms.

Later this year, Watchup will be integrated into Plex, giving users a taste of third-party content on an app that built its success on users providing their own entertainment. But what’s important is that news is just the first step, with plenty more categories coming in the future.

“We’ll look for more ways [to provide third-party content]. We’re trying to be smart about it. ,” explains Valory, who says Plex could be “the cord-cutters companion app”. He describes how 35% of 18-35-year-olds in the US have “already cut the cord, or never had the cord”, and are relying on services like HBO or Netflix – but those platforms don’t tick all the right boxes.

“There’s still a lot of content that they want to get, and DVR and news gets us there,” he tells us. “We’ll look at categories that we think help round that out.”

He says a particular area of focus will be podcasts – and video podcasts, especially – as users have been asking for it. But there are plenty of other areas where Valory says Netflix simply isn’t up to scratch.

“We’ve thought about kids content,” he tells TrustedReviews. “You can get kids content on Netflix, but no one has done a good job of aggregating it, and giving good tools to parents, making sure kids are getting good content, science content.” 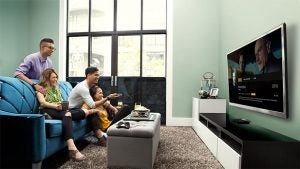 Valory continues: “Another interesting category is documentaries. There’s tons and tons of documentary content; we won’t try to license it all, but if we can be a good jumping off point…I think that’s interesting.”

But Valory seems most excited about more non-traditional genres: “There’s new content categories like esports and virtual reality, that are underserved in terms of presence of top ten most watched apps on these platforms.”

“You could see an esports gaming site, a very immersive environment; it’s hard for them to get near the top 50 or 100 apps,” Valory explains. “But if Plex can be a portal, we’re happy to hand-off users to other apps over time. If we can help people get that, that’s the benefit we see.”

That’s the important distinction between how Netflix is now, and how Plex hopes to be in two or three years down the line. Valory says Plex doesn’t “necessarily want to control and license all the content” like gatekeepers, and is happy to “deep-link people into Netflix or Amazon or HBO”. The end goal, he says, is to show consumers that they can always come to Plex for a “trusted experience”.

“We think we can be that place people come to for 95% of the content they care about,” he says.

What do you think of Plex’s ambitions? Let us know in the comments.