PlayStation has today unveiled its new PSVR controllers, which pack multiple feature found in the Oculus Touch and PS5 peripherals.

The upcoming PSVR 2 headset will be able to track the new PSVR controllers, thanks to a tracking ring across the bottom of the devices. The controllers will also be able to detect your finger placement without the need for pressing down on the buttons, allowing you to make more natural hand gestures when performing in-game actions.

Sony has also introduced a number of PS5 DualSense features to the PSVR controllers, including adaptive triggers and haptic feedback. The use of adaptive trippers means the trigger buttons can add palpable tension when pushed down. This can help simulate the feeling of drawing a bow or driving a car through mud.

Haptic feedback, meanwhile, adds more nuanced vibrations to the controllers, to such an extent that it can mimic the sensation of walking across sand or the impact of punching an enemy. 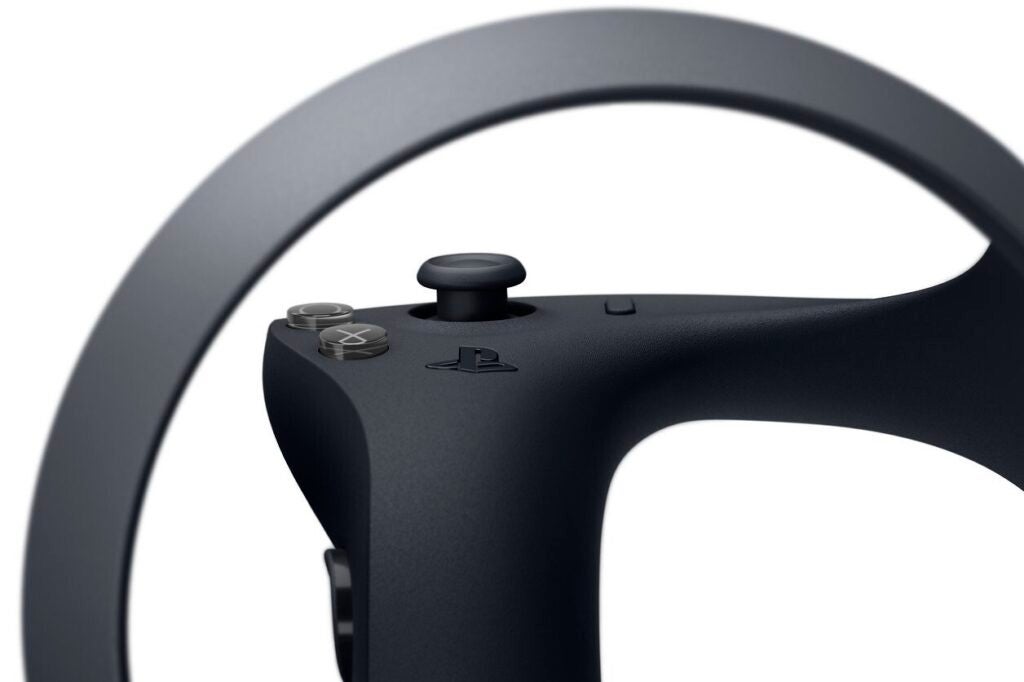 Each controller features one analogue stick and five additional buttons: Triangle, Square, L1, L2 and Create for the left controller, and Cross, Circle, R1, R2 and Options for the right controller.

PlayStation clarified that the RI and L1 buttons will be called the “Grip” buttons, and so will be used for picking up in-game objects. This is very similar to how the Oculus Touch controllers function, and a welcome departure from PlayStation’s current VR wand controllers.

Sony didn’t offer much more information on the new VR controllers, refraining from even giving them an official name. While not confirmed, it’s likely that these controllers will not be compatible with the existing PSVR headset and will only function with the upcoming successor.

There was no confirmation of release date either, but PlayStation did say, “Prototypes of our new VR controller will be in the hands of the development community soon.”

Check out our PSVR 2 hub for more information on the next-generation PlayStation’s VR ventures.