While Microsoft’s creative folks are setting the gold standard for Xbox One controller paint jobs, the same can’t be said for their opposite numbers at Sony.

The Japanese gaming giant has today released a football/soccer design for its DualShock 4 controller and it’s all pretty ghastly.

Elsewhere it has a needless penalty area marked out in the trackpad.

The controller is coming to Europe on September 29, but will not be released in the UK (via The Verge).

Why not? The UK is the home of football, right?

Perhaps deep down Sony knows that no self-respecting FIFA or Pro Evo gamer in Blighty would be caught dead rocking this thing. 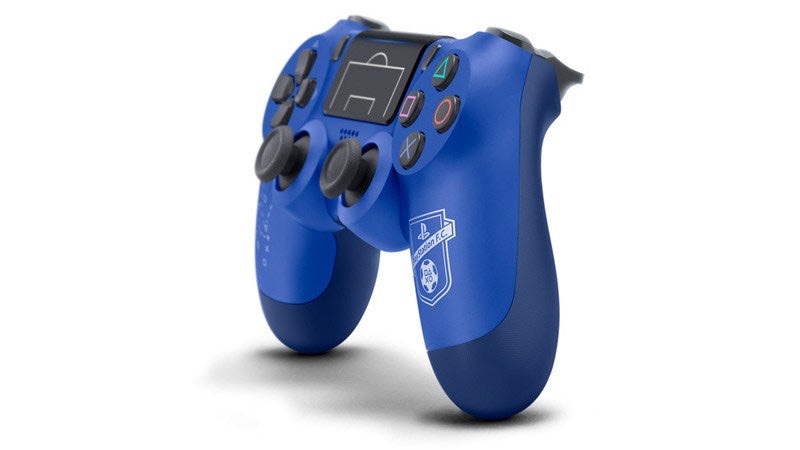 In all honestly, it looks a little bit like those nondescript football t-shirts they used to sell in places like Woolworths.

You know the ones? They were emblazoned with  “Club Top Scorer” or something equally atrocious that would ensure you’ve be massacred by your mates if you dared to wear it to school.

Perhaps its time Sony took another leaf out of the Xbox playbook and allowed gamers to design their own DualShock controllers?