Dave Bautista is a playable character in the hugely popular shooter of the moment, Gears 5.

The bodybuilder and former wrestler stars in Guardians of the Galaxy as Drax the Destroyer. Now he’s available in The Coalition’s ambitious open-world shooter as a character skin.

The character skin is free to access. Players can enter the character customisation menu, on Gears 5’s multiplayer, and select the ‘Batista’ skin.

The Batista skin is only available when the player has selected the Marcus Fenix character. 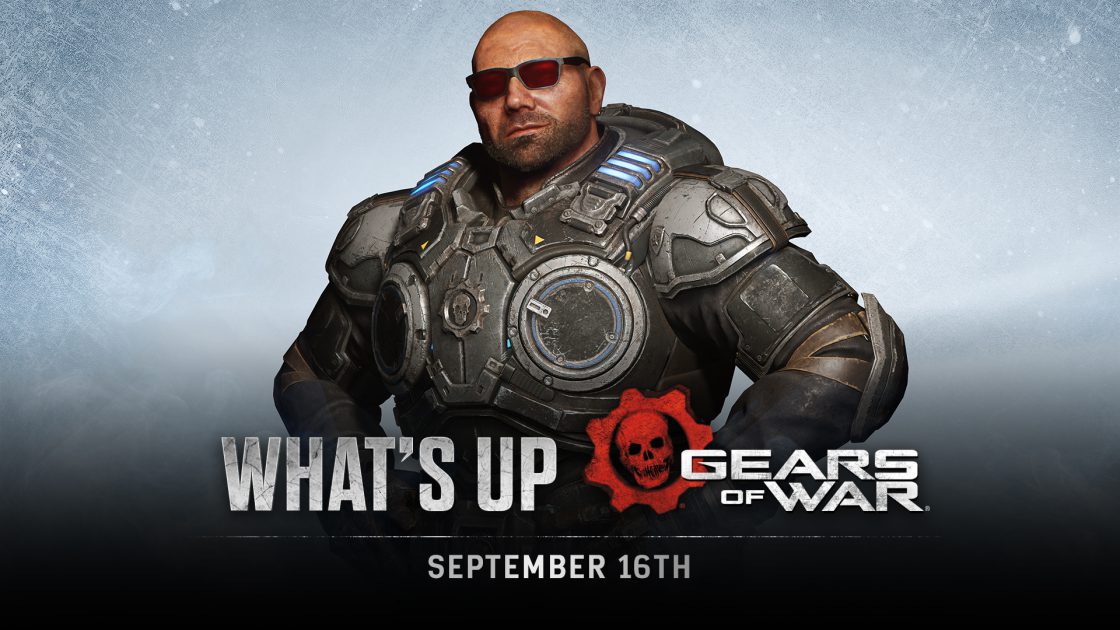 Rod Fergusson, a boss with developers, The Coalition, commended Bautista’s voice performance in the game. “Batista was great in the booth,” he said. “I can’t wait for Gears and Batista fans alike to stomp some Swarm as The Animal.

“Adding Batista to Gears 5, we started with the fantasy of ‘Batista as Marcus,’ putting Batista into Marcus’ armor, and starting with Marcus’ script,” added Fergusson. “Then we added elements of ‘The Animal’ Batista into his voice performance and onto his look by adding his signature Hollywood shades to his character

Notably, the in-game title of ‘Batista’ was Bautista’s WWE ring name. He famously became a six-time world champion under the WWE banner and still holds the record for the longest championship reign.

In October 2018 Bautista briefly returned to wresting, facing Triple H at Wrestlemania 35, before retiring in 2019.

Bautista has previously expressed his interest in playing lead character, Marcus Fenix, in a Gears of War film. The film has been bogged down in development for some time but Bautista claims Hollywood don’t want him in the role.

Bautista is interested in the role and there has been a lot of fan support. It’s more than possible to interpret his inclusion in the game as support from the developers too, of course. However, it seems the studio may be concerned about whether Bautista is a big enough star to carry off a feature film. Video game films are, after all, a notoriously difficult genre to do well.

Amazingly, the film has been struggling to get out of the production swamp since 2007. The hugely popular release of Gears 5 may be a boost to the chances of actually seeing a Gears of War film though.

Whether or not Bautista will feature remains to be seen. For now fans will have to make do with his in-game performance.