Google has officially unveiled some already-pretty-seriously-leaked Pixel devices, without much to offer in the way of surprises. One of those new Pixels is the Slate, a 2-in-1 hybrid similar to the fresh Surface Pro 6, which in turn was launched just a week ago by Microsoft. So what's the difference, and which of these new convertibles is best for you?

Google Pixel Slate vs Surface Pro 6 – Which is the best new convertible tablet?

The Pixel Slate may have unsurprisingly been overshadowed by the Pixel 3 and Pixel 3 XL at the Made by Google 2018 launch event, but the new convertible tablet is definitely worth checking out for anyone who needs a flexible work or entertainment device for taking on the road. How does it compare to stiff competition like the Microsoft Surface Pro 6? Let’s take a look.

The Slate’s smart design and premium features will hopefully make it an ideal laptop replacement, especially if you have strict demands for performance and portability.

Of course, Microsoft has already launched one of the Pixel Slate’s strongest rivals, the Surface Pro 6. This 2018 update of last year’s ‘All-New’ Surface Pro offers similar advantages, as well as many of the same drawbacks.

Yet the two devices are also very different when it comes to certain specs and features.

Pull it out of the box and the Pixel Slate looks like your typical tablet. However, you can also connect an optional magnetic keyboard dock to instantly convert this tab into a makeshift laptop. Definitely handy if you want the creative freedom of a touchscreen device, plus the typing abilities of a proper physical keyboard.

That’s the same setup enjoyed by Microsoft’s Surface Pro 6, launched exactly one week prior. The latest 2018 version of the Surface Pro sports premium specs, just like the Pixel Slate, so you can stay productive with creative apps, or keep yourself entertained with movies and the latest games. Plus, both the Pixel Slate and Microsoft’s Surface Pro 6 support an official (and optional) stylus, for sketching on the fly or editing docs.

However, the platforms running on these two convertibles are very different. While the Pixel Slate uses Google’s Chrome OS, which is similar to the mobile Android OS, Microsoft’s new Surface Pro sports full Windows 10. 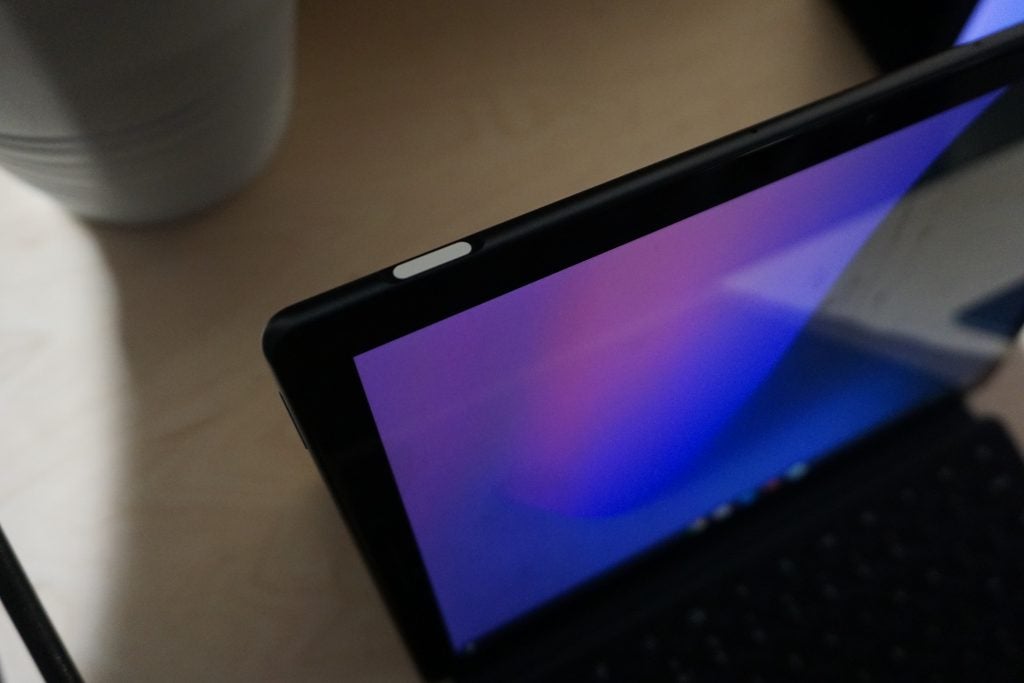 Starting with design, the Pixel Slate sports a similar build to the Surface Pro 6. Google’s tablet is a mite lighter at 721g, compared with the 775g Microsoft model, while both devices rock a 12.3-inch display.

That screen is sharper on the Pixel Slate, thanks to the 3000×2000 pixel resolution. The Surface Pro 6 still offers crisp 2736×1824 visuals, but the 267 pixels-per-inch won’t deliver as much detail as the Pixel’s 293 ppi. Both displays should be fine for creative professionals however, offering strong colour reproduction and contrast.

And if it’s entertainment you’re after, these convertibles will serve well. Although we reckon the Pixel Slate may win for audio performance, thanks to its powerful front-firing stereo speakers. That said, the Surface Pro is no slouch with its own 1.6W blasters and you only get 3.5mm headphone support on Microsoft’s device; with Google’s tablet, you’ll need a Type-C USB dongle.

The Microsoft Surface Pro 6 comes with a choice of 8th-Gen Intel Core i5 and i7 chipsets, for premium performance no matter your needs. These are backed by 8 or 16GB of RAM, depending on your SKU. Likewise, the Pixel Slate also crams in those 8th-Gen chipsets, with 8 to 16GB of RAM to keep things smooth even when multi-tasking. However, the base Slate model is a Celeron device with just 4 to 8GB of memory. If you want those Core versions, you’ll need to up your budget.

When it comes to storage, the Surface Pro is the big daddy. The most basic model sports 128GB, rising to 1TB for the best-specced version. And in all cases, you have microSDXC memory card support also. In the Pixel Slate, you can get as little as 32GB of space, in SSD form. At the top end, only 256GB is available.

That Pixel Slate uses Google’s own Chrome OS, a simplified mobile-style operating system that’s similar to Android, but customised to work on laptops and other wide-screen devices. This can run apps downloaded from Google’s online store as well as Linux-based software with a bit of fiddling.

In comparison, the Surface Pro runs Microsoft’s Windows 10 OS. This allows users to download any software they like, from the web. It’s a lot more flexible but still well suited to touch in its Tablet Mode. And like Chrome OS, you have all of the usual built-in functionality like a voice assistant and security features.

When it comes to ports, you get a very different offering depending on your choice. The Pixel Slate boasts not one but two Type-C USB connections, for hooking up peripherals and powering the device back up. Microsoft’s new Surface Pro 6 sadly doesn’t have any Type-C ports, although you do get Type-A USB 3.0, plus Mini DisplayPort and that microSDXC memory card reader. Neither convertible offers SIM support, although of course you have WiFi to stay connected.

Forget entering passwords every time you wish to unlock these devices. Google has slapped a fingerprint sensor onto that edge-mounted power button, while the Surface Pro supports Windows Hello face recognition.

That front-facing camera on Microsoft’s model is a 5-megapixel snapper, which should be perfectly sharp for Skype chats and the rest. However, the Pixel Slate upgrades that to an 8-megapixel lens, with a wider field of view. Both hybrids also serve up an 8-megapixel rear camera, with the ability to shoot up to Full HD video. 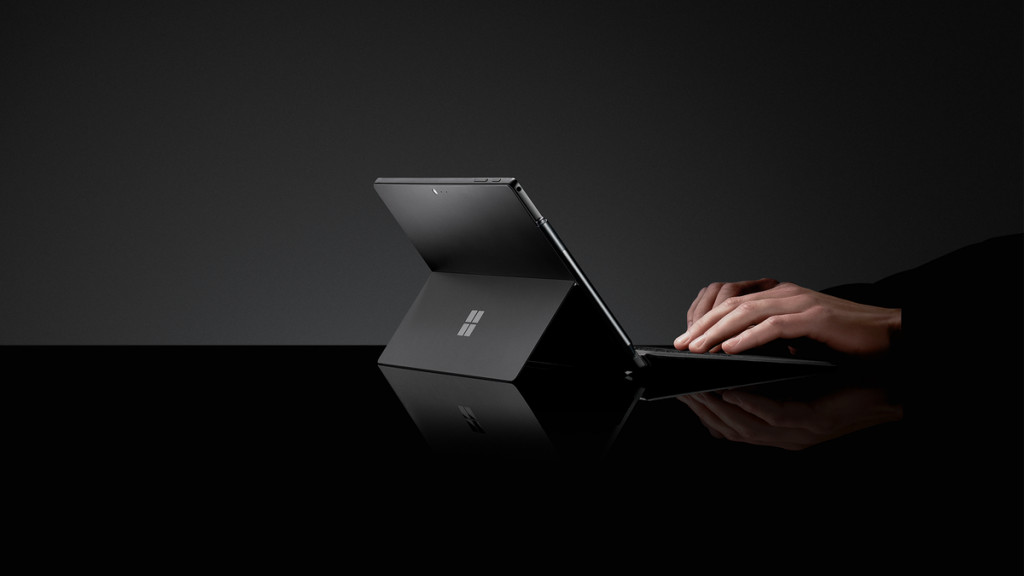 The Pixel Slate will cost you from £549 here in the UK, if you grab the basic Celeron model. You’ll pay more for the Intel Core models, while the keyboard and pen also cost extra.

In the US, the Pixel Slate costs from $599 for its base model.

Microsoft’s Surface Pro 6 begins at the more expensive £749, although bear in mind that this is a Core i5 device. For that kind of smarts in the Pixel, you’ll need to up your budget.

The Surface Pro 6 is set to go on sale from October 16th, while the Pixel Slate will be available before the end of 2018. We don’t have a precise release date just yet.