The long wait for the Pixel 4a will end next week and now Google itself is getting in on the ‘leaks’ within an ‘unfinished’ teaser website.

The clever page is designed to look like a placeholder for the phones on the Google Store, which also confirms the August 3 reveal date tipped earlier this week.

The page features appears to feature the “Lorem ipsum” latin dummy text often used for layout purposes. However, a closer look reveals teases for some of the phone’s features. Here are a few that can be easily interpreted: 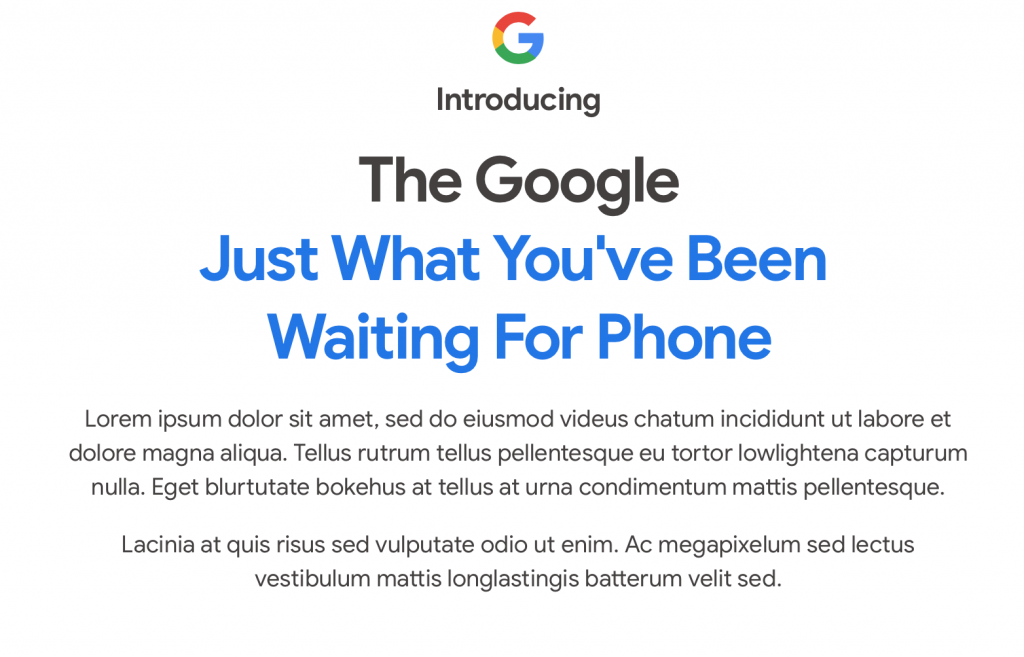 There’s even a little game to be played with a ‘redacted’ headline. All you’ll need to do is continually click the blanked-out words to form the colour sequence ‘blue, red, yellow, blue, green, red’ to compose the full title: “The Google ‘Just What You’ve Been Waiting For’ Phone.”

The page, which is linked to from Google’s official Twitter account, also reveals the “Aug. 3” reveal date we heard was likely from Jon Prosser earlier this week.

Below the text is a placeholder image for the Pixel 4a, which doesn’t reveal anything at all, aside from it’s a phone. Unfortunately there’s no game here that’ll reveal the image of the phone, but you’ve probably all seen the leaked press renders by now anyway.

So, the long wait for the Pixel 4a comes to an end next week. We’re expecting it to retail for around £350-£400 and slightly undercut the iPhone SE. The rumoured spec sheet suggests it’ll be a good battle and we can’t wait to put the two mid-range titans to the test. Of course the OnePlus Nord and Samsung Galaxy A51 will have a major say in this scrap too.