Google and Apple’s phone teams have finally played their 2019 hands, releasing their respective Pixel 4 and iPhone 11 flagship handsets – leading any tech savvy buyer to the inevitable question, which is better?

Having tested both during our in-depth Pixel 4 review and iPhone 11 review, we’re here to help answer this very question. Read on to find out how the Pixel 4 and iPhone 11 stack up against each other.

Before we get into the details, to be clear, which phone is better will largely be determined by if you’re an Apple fan or not. If you have a MacBook, and all your stuff is in Apple’s ecosystem, then the iPhone is always the more convenient option. So in this versus we’re not going to discuss the merits of iOS 13 vs Android 10 – you can check out the details of both in our respective reviews. Instead we’re going to focus on the hardware.

In this regard both the Pixel 4 and iPhone 11 are both fairly impressive, but we weren’t convinced by either phones’ design from a purely aesthetic point of view. 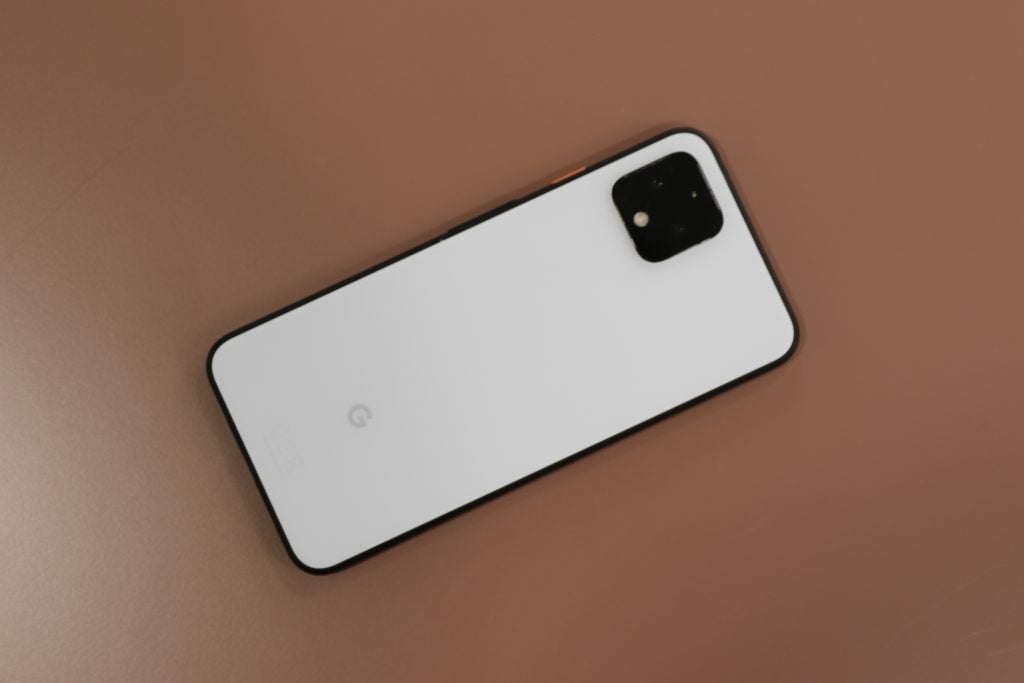 Both have fairly old school, functional designs. The iPhone 11 has the same pebble like metal chassis as older iPhones. The screen’s sizable notch also make it look fairly old-school. The Pixel doesn’t have a notch, but its chunky top forehead is equally out of place in today’s sleek market, where all-screen, bezel-free handsets are the norm. It’s also a bit of a chunky monkey, noticeably thicker than most competing phones.

When it comes to features things get a little more interesting. From a hardware perspective the Pixel 4 comes with a few custom features you won’t find on the iPhone 11. The biggest are its radar sensor and Smooth Display. The radar sensor is a cool thing that, in theory, makes the Pixel 4’s face unlock service much more accurate and lets it work in the dark, something the iPhone 11’s camera-based equivalent can’t do.

It also adds air gesture commands that’ll let you do things like skip a song on Spotify just by waving your hand over the Pixel. Sound cool? On paper it is, but with real world use the feature has a few issues. First off, air gestures is finicky as fudge. You’ll have to wave your hand over the phone like a manic raver to get the feature to work. The face unlock feature, by comparison, currently works too well, with reports breaking of people being able to unlock phones with their eyes closed – which would make the feature easy to game by criminals. Thankfully Google is working on a fix, but for now it’s not a real selling point over the iPhone.

The Smooth Display tech is a little more interesting. Smooth Display is a silly marketing term for the fact the Pixel has dual-refresh rate screen that can intelligently switch between 60Hz and 90Hz depending on what the phone is doing. This makes it more reactive and smoother to use than the iPhone 11’s screen, which is locked to 60Hz.

Things get more interesting when it comes to screen quality, however. The Pixel’s OLED screen has far deeper blacks than the iPhone 11’s IPS panel. However, the IPS screen offers way higher max brightness levels and better DCIP3 colour gamut coverage, which will be important for the tiny number of people that edit photos for printing.

The final big differentiators between the two is camera quality and battery life.

On the primary, Google Pixel phones have traditionally been front runners when it comes to photo quality thanks to their next-level good image processing, which is powered by machine learning. But this year other OEMs (original equipment manufacturers), including Apple, have closed the gap.

We’d still list the Pixel 4’s dual-sensor, 12-megapixel and 16-megapixel, camera as having an edge on general photo quality, especially if you just use the auto settings, but in low light things are more competitive this time round. Images taken at night on the iPhone’s dual sensor, 12-megapixel and 12 megapixel, setup look great, even when put next to those taken on the Pixel 4. 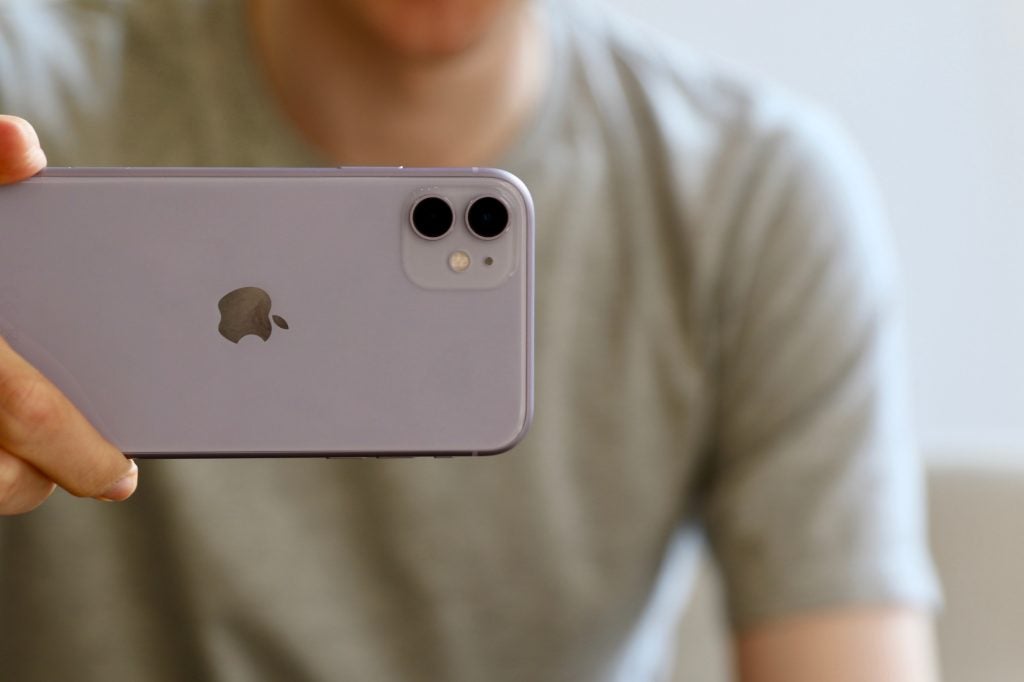 There are two cameras on the back of the iPhone 11

The only real advantage to differentiate the two here is that the Pixel has a custom dual-exposure feature, that lets you tweak the foreground and background settings when snapping, which is really useful when taking photos in clubs or live music venues.

When it comes to battery life things steer in the iPhone’s favour. The Pixel 4 is powered by a dinky 2800 mAh battery that we found generally last a day and a half at most with regular use. While doing demanding things like 3D gaming its battery life dropped to 4-5 hours on occasion, which is below average in today’s market. The iPhone 11 can easily survive a full day’s heavy use and up to two days regular use off a single charge, by comparison.

Neither the Pixel 4 or iPhone 11 are cheap. But the Google phone is the more affordable option with the 64GB model retailing for £629 SIM-free in the UK. The same configuration iPhone 11 retails for a heftier £729.

To be clear, the question as to which phone is better will largely be determined by which OS you prefer. If you’re used to Android, the Pixel 4 is one of the only phones with the latest Android 10 installed, but if you’re an Apple fan then an iPhone is always the most convenient option.

If you care about hardware things are equally competitive. Both phones are more than powerful enough to run any app on their respective platforms hassle free. The Pixel 4 is more interesting thanks to its atypical Smooth Display, radar sensor and camera tricks, but it doesn’t get as many of the basics right as the iPhone 11, which offers significantly better battery life.