From the next foldable Samsung Galaxy to the successor to the budget champion Moto G7 – what mobile tech treat will 2020 bring?

With 2019 about to be consigned to the history books, we’re beginning to look ahead to what we could see in 2020. And on the face of it, it looks like it may be quite an exciting year ahead. With foldable phones getting a second chance, 5G becoming more common, and even the iPhone getting a complete refresh, there’s plenty to look forward to.

So sit back, grab a mince pie and let’s see what exciting phones we might end up seeing in 2020.

As much as we found the execution underwhelming, there hasn’t been a phone we’ve enjoyed using more this year than the Samsung Galaxy Fold. The foldable screen and futuristic feel took away from the dawning reality that it simply wasn’t sufficiently durable to warrant the £1900 price tag.

But first-gen products will always be a little clunky. The iPad didn’t really come into its own until the iPad 2, after all. So we have high hopes for whatever comes next.

New form-factors have been rumoured, as has a slightly more “affordable” model, plus we’ve even seen rumblings of differing battery layouts with a combination of one large and one small cell. Whatever happens, we think they’ll be far more pressure on this next iteration to actually be a “good” phone – and not be forced into a six-month delay. 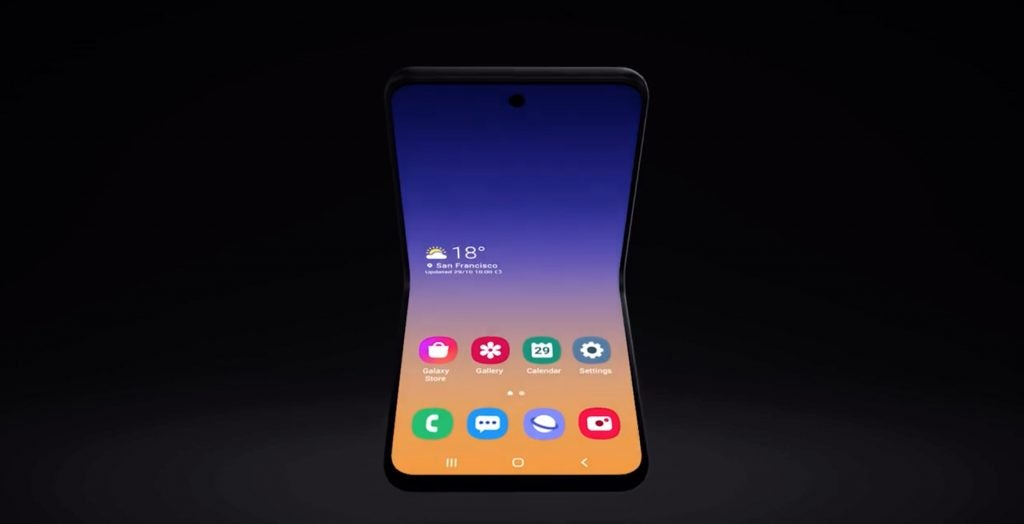 A possible new design concept for an upcoming Fold

Expected release: Feb/March unveiling (or tease) alongside the Galaxy S11

The only phone on this list that – at the time of writing – has actually been announced, the Xiaomi Mi 10 is the followup to the Mi 9 – a phone that achieved a Trusted Reviews five-star review earlier in the year.

Mi 10 was launched alongside the Snapdragon 865 chipset, so it will come as no surprise that that’s the chipset we’ll see inside the phone. It was also confirmed it’ll be a 5G phone and boast Xiaomi’s 108-megapixel sensor, which we first saw in action in the Xiaomi Mi Note 10 Plus, and which is also rumoured to be present on the upcoming Samsung Galaxy S20. 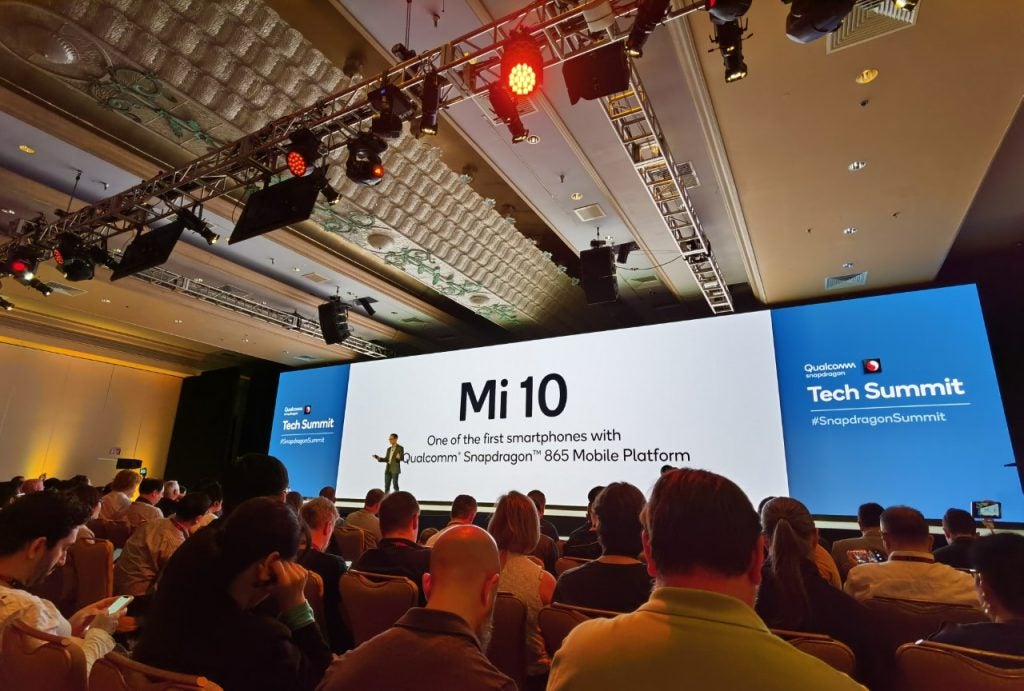 Those few but important details aside, we know very little else about the Mi 10. Hopefully, it will keep the low price (the Mi 9 retailed at £499) and still come packed with all the top-end specs throughout.

Expected release: MWC 2020, towards the end of February

We’re eagerly awaiting the Huawei P40 series – and not just because it will no doubt be another excellent Huawei phone with a camera to take on the Pixel 4 and iPhone 11. What we really want to know is if we’ll see it hit the UK and how it will be marketed.

With Huawei still unable to ship phones with the services required to make Google Play function, the P40 could be severely hamstrung before it’s even announced. The Mate 30 Pro, for example, was launched with little fanfare and remains unavailable in many countries, including the UK.

While it feels less of a big deal for a high-end phablet such as the Mate 30 Pro to miss a release, it will be far more of a loss for a mainstream flagship such as the P40. The Huawei P30 Pro benefitted from a major advertising campaign and it was pushed an enormous amount, so it will be interesting to see how that differs for the next version.

A lot of what we can expect from the P40 series might also come from the Mate 30 Pro. Expect it to be a 5G phone, powered by the Kirin 990 chipset and incorporate seriously fast (likely 40W) charging. Cameras will no doubt be a huge focus, too, with low-light and zoom performance likely to be high priorities.

OnePlus has gone from strength-to-strength in recent years, picking up the Smartphone of the Year gong at the Trusted Reviews Awards 2019 for the excellent OnePlus 7 Pro. Of course, that has us very excited for anything that comes next. 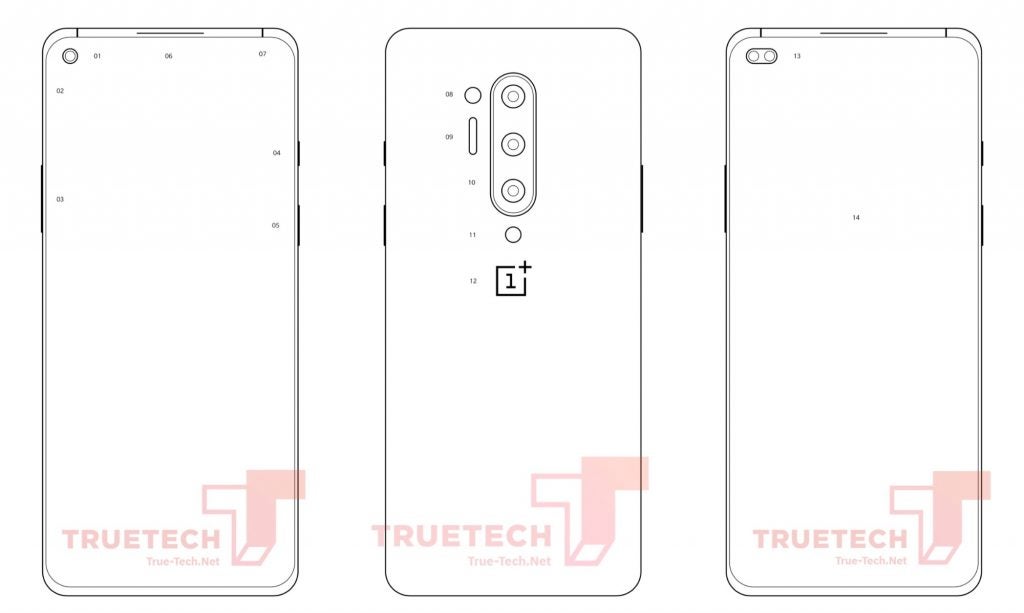 Early rumours point to the OnePlus 8 (we’re not sure whether this will be the Pro or regular model) having a front similar to the Galaxy S10, with a small cutout for the camera and possibly a 120Hz display. That latter point would signify a nice upgrade from the current 90Hz screen – although we’re a little concerned about how this is likely to affect battery life.

Also expect the next round of OnePlus handsets to go all-out with specs. The Snapdragon 865 seems a certainty, as does at least 8GB of RAM and 256GB of storage. Hopefully, they’ll be more of a focus on the camera, too.

Oh, and as usual, we’d hazard a guess there will be a souped-up “T” version released a few months later.

Pretty much year after year, the Moto G series of devices is easy to recommend. Even though Motorola has somewhat left the flagship game (the Razr might change this), the company’s more budget-conscious devices remain ace.

What’s different this time around is that we already have the first part of the Moto G8 series in the form of the Moto G8 Plus. We’ve reviewed this already – it’s great – and we’d assume the actual G8 will take a lot of cues from the Plus. Maybe it will pack the same 48-megapixel camera? or a similar screen with a dinky little notch?

Whatever direction it takes, we expect it to be one of the best cheaper phones of the year.

Expected release: Very soon as we already have the G8 Plus

No sooner had the iPhone 11 and iPhone 11 Pro hit shelves, it felt as though the rumour mill was again starting to turn in preparation for the inevitable iPhone 12.

After a few years of adopting a similar design, it seems like 2020 might see the first big iPhone redesign since the iPhone X. Early rumours point towards an ultrasonic TouchID sensor, removal (or shrinking) of the pesky notch, and the introduction of 5G. With the iPhone 11 series completely missing this next-gen of data connectivity, it seems almost a guarantee the iPhone 12 will be a 5G phone.

There’s even a possibility we might see four iPhone 12 models, rather than the usual three. JPMorgan analyst Samik Chatterjee reckons we could see a 5.4in ‌iPhone‌, a pair of 6.1in devices and one handset with a bigger 6.7in display.

What’s not entirely clear is whether that 5.4in iPhone referred to is the heavily rumoured iPhone SE 2, or another handset entirely.

What phone are you most excited for in 2020? Tweet us and let us know @trusredreviews