Philips Hue has remained the top dog of smart lighting by opening up new avenues into its ecosystem. For a long time Hue’s bulbs only ran on Zigbee, a mesh network protocol that’s reliable but which requires a Hue Bridge to be connected to your Wi-Fi in order to work. But last year, the company made a big shift with the introduction of Bluetooth, which is now supported across its entire range and will feature on all of its future products.

Bluetooth makes Hue a more versatile product, but there are trade-offs to consider. Below, we run through the differences between using a Hue Bridge and going down the Bluetooth route.

Philips Hue Bridge vs Bluetooth – How do they work?

Let’s kick off with the basics, starting with the Hue Bridge – which, until late last year, was required for any Hue setup. The Bridge, which costs £49.99, connects to your router via an Ethernet cable. Think of it as the central nervous system of your entire Hue network. That Zigbee mesh connection helps reduce the chances of dropouts, too.

When it comes to adding new lights, you simply open up the Hue app and get them talking to your Bridge. All Hue lightbulbs connected to the Bridge also act as Zigbee repeaters for other Hue bulbs on the network, which means they’re passing that signal on and extending the range across your home. Again, reducing the chances of a dropout.

For a long time this was the way it worked; if you didn’t have a Bridge then the number of Hue products you could use, save for a few accessories, was limited. Then, last year, Hue rolled out Bluetooth. Sadly, since this required some hardware changes, the functionality couldn’t be added to older Hue bulbs.

Bluetooth works quite differently. Bluetooth doesn’t require a Bridge at all; you can simply open the Hue Bluetooth app and connect your bulbs that way. In fact, there’s a standalone Hue Bluetooth app for running all Bluetooth connections. It’s a little annoying that it couldn’t just be rolled into the main Hue app, but for the time being that’s just the way it is. 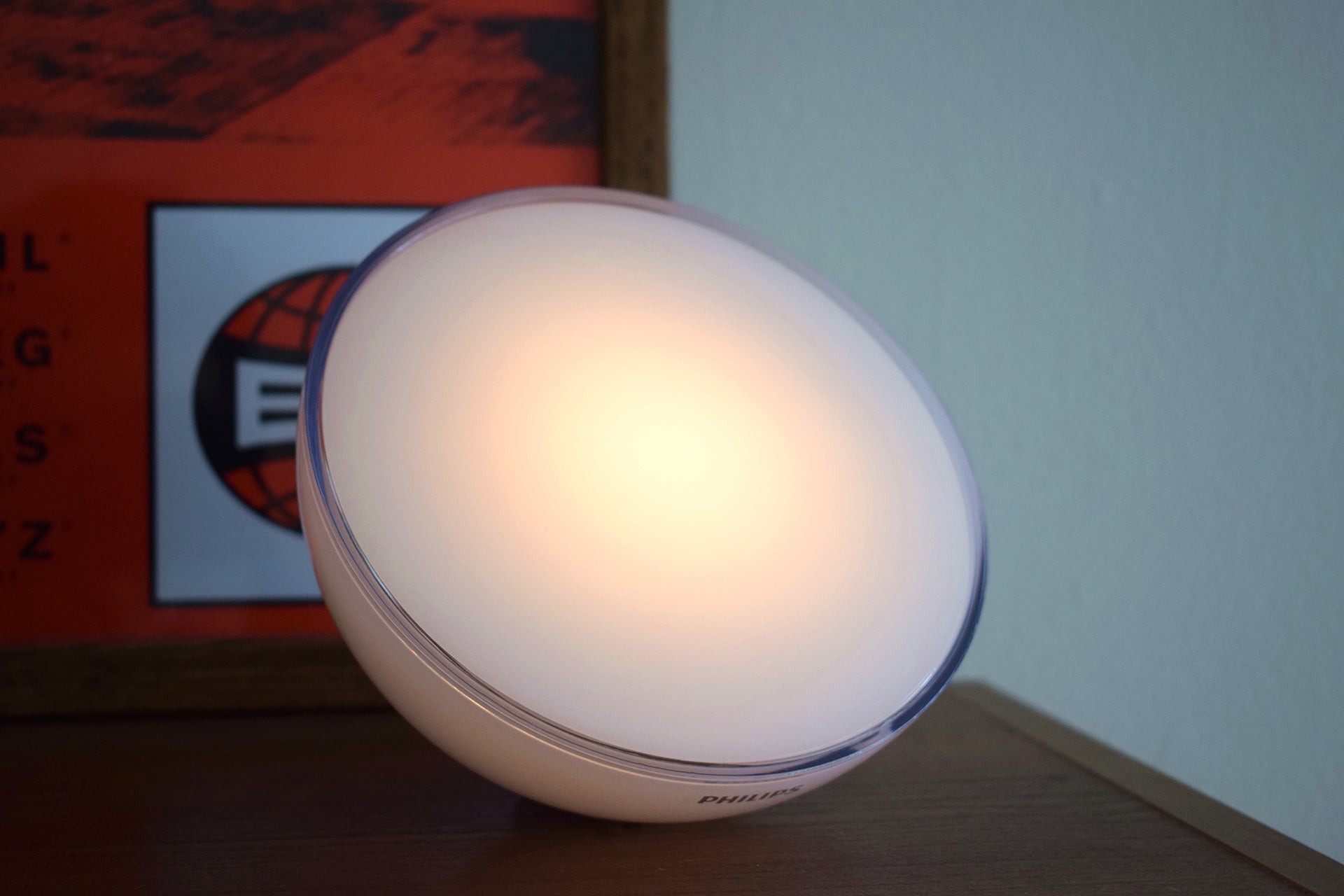 Philips Hue Bridge vs Bluetooth – What are the benefits of the Hue Bridge?

You’ve probably worked out some of the benefits here already, but let’s set the record straight. We’ve mentioned this, but one of the Hue Bridge’s benefits is reliability. Having that Zigbee network keeps the bulbs talking to the Bridge and, while it certainly isn’t foolproof, it helps keep a stable connection. 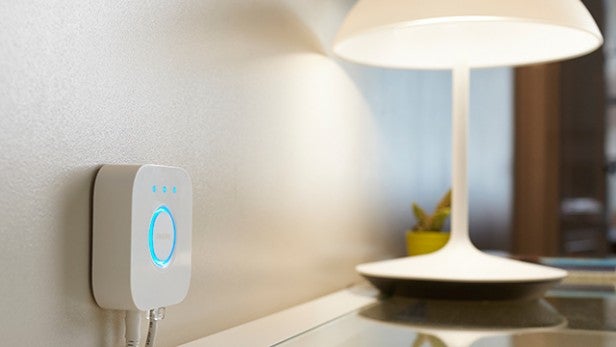 It also means better range, with each bulb acting as an extender. The problem with any Hue lights controlled via Bluetooth is that they need to be within distance of your phone’s Bluetooth signal – about 30 feet. Signify, the owner of Philips Hue, says this means you’ll only be able to control the lights of the room you’re in – but, of course, your mileage will vary depending on your home. We were able to control Bluetooth Hue bulbs across multiple rooms at once in an apartment; but if you’re in a larger home, Bluetooth probably isn’t a good choice.

With a Bridge, you need to think less about placement of lights around your home; unless you’re living it up in a mansion, there’s a good chance the signal will reach across the house.

The other big benefit of the Bridge is that it allows remote access to your lights, something you largely sacrifice with Bluetooth. By having the Bridge connected to your router, you can open the Hue app when you’re out of the house to see the status of your bulbs and turn them off/on/adjust the colour/adjust the brightness.

Philips Hue Bridge vs Bluetooth – What are the downsides of the Bridge?

The biggest drawback of the Bridge is simply the price. It isn’t cheap – and can make it expensive to get started with Hue. The Bridge is more of an investment, but the good news is that because the Bluetooth bulbs still have Zigbee support, you can upgrade to a Bridge later to reap the benefits without having to swap out any of your existing bulbs. In addition, you need only one Bridge, so it effectively becomes better value with the more devices you have.

Philips Hue Bridge vs Bluetooth – What are the benefits of Bluetooth?

The biggest benefit of connecting your Hue lights with Bluetooth is that it saves money. Simply buy a bulb (check for the Bluetooth logo on the box, remember), screw it in, open the Hue Bluetooth app, and connect. Done; no faffing with routers or Ethernet cables.

It means you can test the waters with Hue without having to part with too much cash. Obviously, this is a cunning ploy by Signify to tempt more people over once they’ve got a taste; but it benefits users who no longer have to go “all in” with a Bridge.

This is a great option if you want voice control, already own one of these smart speakers, and don’t want to shell out for an additional Hue Bridge. Once paired you’ll be able to use voice controls to turn lights on/off, adjust brightness and scenes. And, you get remote control, too.

Sadly, though, HomeKit won’t be an option unless you get a Bridge, which is needed to act as the communicator with the HomeKit hub.

Philips Hue Bridge vs Bluetooth – What are the downsides of Bluetooth?

Well, we just mentioned that HomeKit isn’t an option if you go down the Bluetooth route, but there are other limitations. A big one is that you can only connect up to 10 bulbs using Bluetooth, whereas a Bridge can support up to 50 lights. Again, for big homes especially, that could be a major limiting factor. 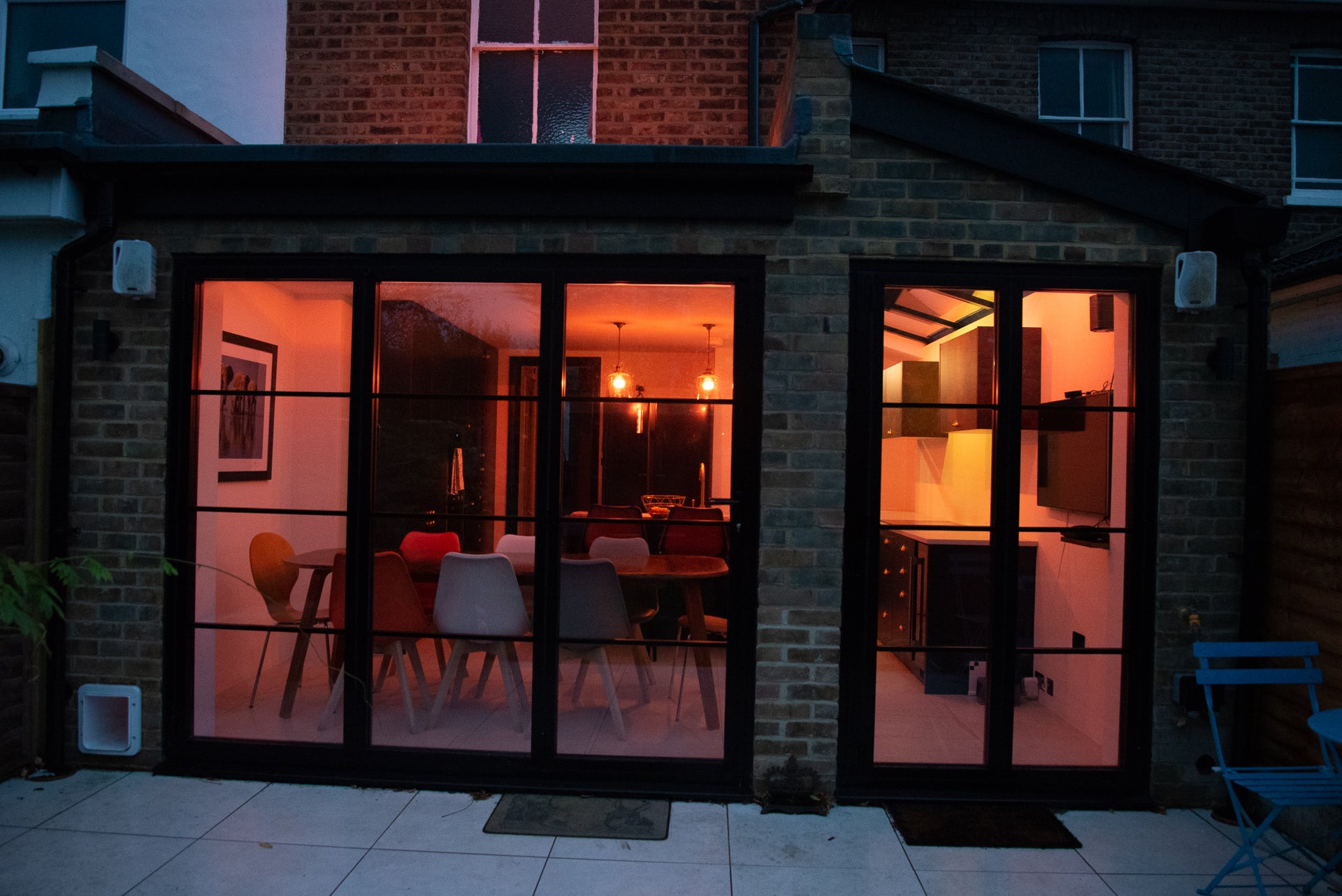 There’s also no remote control once you leave the house (if you’re solely controlling your bulbs using the app) and third-party Hue apps aren’t supported.

Additionally, the Bluetooth app only lets you create one room for your bulbs. You can create different groups within a room, though, so if your rooms are within Bluetooth range then you could simply label these groups as rooms. But chances are this won’t stretch very far.

There is a third way….

If you have an Amazon Echo device with a Zigbee radio inside, you can use it in lieu of the Bridge entirely. This route provides a few more advantages over Bluetooth, but not quite as many as opting for the Bridge.

As of writing, only the Echo Plus and Echo Show 2nd Gen support this feature. If you have one, you can connect your Hue bulbs directly to the speaker by enabling the Hue Alexa skill. Once that’s done, you’ll be able to add them either using the app or by asking Alexa to locate your lights.

This route enables control of all your connected Hue lights from outside the home. However, you won’t have access to some of the more advanced features that come with the Bridge such as custom scenes or geofencing, and you can’t use accessories, either.

Philips Hue Bridge vs Bluetooth – Which method is best?

Using Bluetooth expands the scope of the Hue lights and is useful if you have only a single light to control or you want to use a portable product, such as the Philips Hue Go. If you want a larger installation of lights, then the full power of the Bridge combined with the full app provides the most options and is the best choice.