The Parrot Mambo FPV has been upgraded with a 720P camera and FPV goggles for some seriously fun flying.

When we reviewed the Parrot Mambo, we said it was a great introductory drone for anyone looking to start out learning the piloting basics. Not only was it robust and nimble, the grabber and cannon accessories added an extra level of fun.

Parrot’s now releasing another version of the Parrot Mambo, known as the Parrot Mambo FPV, which includes some very tasty upgrades. First off, there’s a new 720P camera that attaches to the modular Smart Block socket on the top of the Parrot Mambo. This can record footage to a microSD card but also livestream to the FreeFlight Mini app. The latter is important because the FPV pack also includes the new Parrot Cockpitglasses 2 FPV headset. 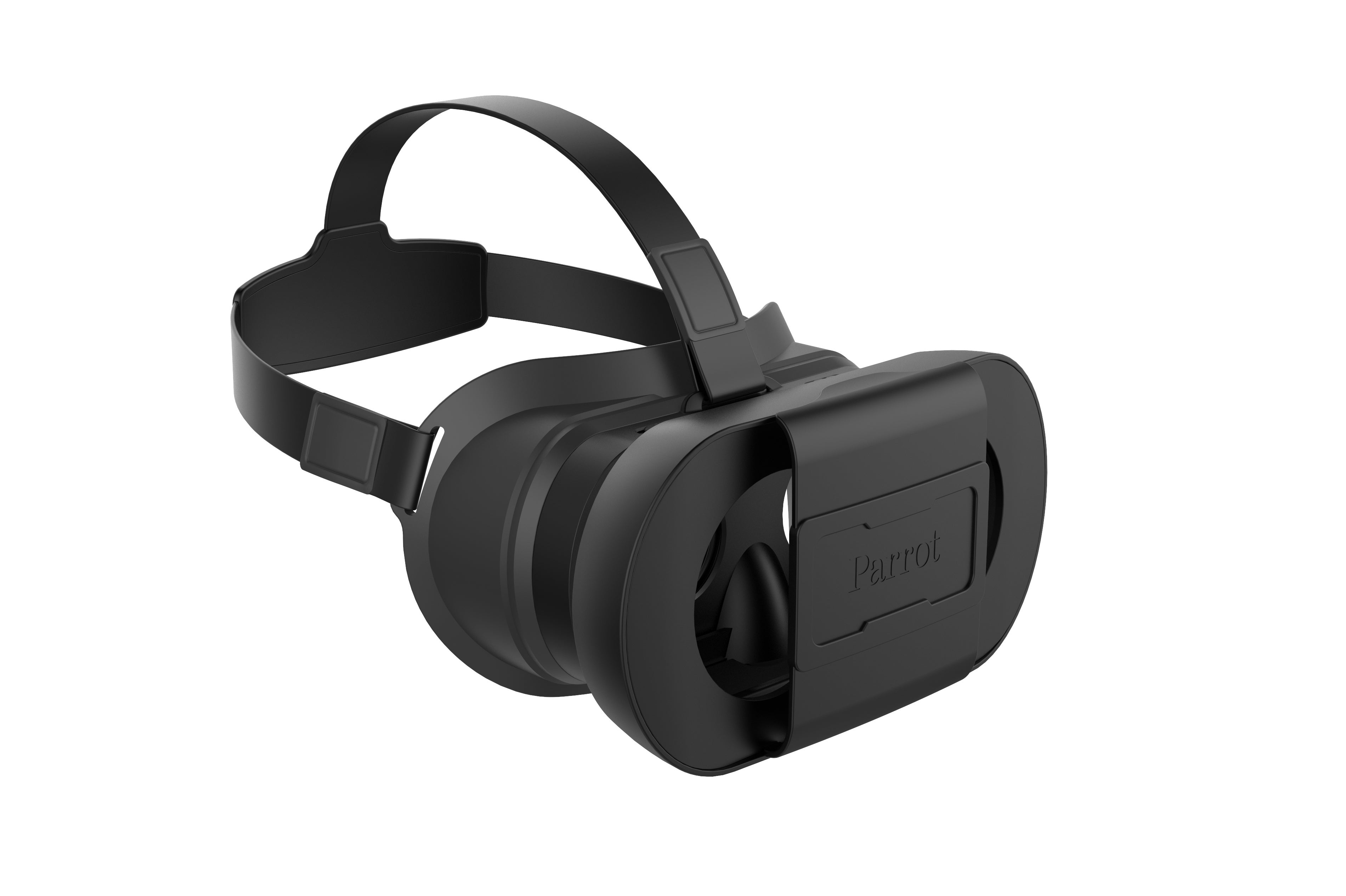 The headset has a convenient collapsible design, shrinking its size down considerably when not in use. Simply slot your smartphone in and adjust the lenses and you’re off. As with other similar headsets, the visual experience will depend on what phone you use and its screen resolution, but phones up to 6 inches are supported. There’s a handy see-through button on the headset to allow you to see through your phone’s camera, which is handy during take-off or just being able to see what’s going on around you. The Cockpitglasses 2 has a field of view of 96-degrees.

With your smartphone locked away in the headset, you’ll now be able to use the included Parrot Flypad controller to pilot your minidrone. I’ve never been fond of smartphone controls for drones, much preferring actual sticks, so this is very welcome. Especially as drone racing and obstacle courses is how Parrot sees most people really enjoying the new Parrot Mambo FPV. It will have a top speed of 30km/h, so it’s no slouch in the speed department, either.

There will be three different piloting modes: easy, drift and racing. Each will offer less assistance and stabilisation, so it’s a nice way to transition to full-on controls as your piloting skills improve. Having had a quick go without the assists, it’ll definitely take a bit of practise before you’re completely confident. Fortunately, the Mambo is a pretty resilient little drone. Improvements have also been made to the battery life and a new performance battery now promises 10 minutes of flight time without the camera or 8 minutes with the camera attached. It’s not a massive upgrade over the older battery, only around 10%, but any extra is always welcome. All in all, the Parrot Mambo FPV looks like it could be even more of a gateway drone for those making their maiden flights.

The Parrot Mambo FPV will be available later this month for £159. The older Parrot Mambo with the cannon and grabber accessories are being re-branded as the Parrot Mambo Mission and now includes the Flypad controller for £139. For owners of the existing Parrot Mambo, I was told the FPV camera and Cockpitglasses 2 will become available separately, but no word on price or availability just yet.

What do you think of the Parrot Mambo FPV? Let us know on our Facebook page or @TrustedReviews on Twitter.