Like a falcon waiting to dive-bomb its prey, you’ve patiently hovered around mini 4K drones for long enough – it’s finally time to pounce and buy one.

Unless your budget is upwards of £1000, in which case you should wait a little longer for the imminent DJI Mavic 2 Pro and Mavic 2 Zoom, your timing couldn’t be better.

Both the DJI Mavic Air and the more recent Parrot Anafi show that backpack-friendly drones have matured enough to record pro-looking footage without the need for pro piloting skills.

But which one of these sky-based cameras is right for you? We set up this head-to-head dogfight to help you decide. 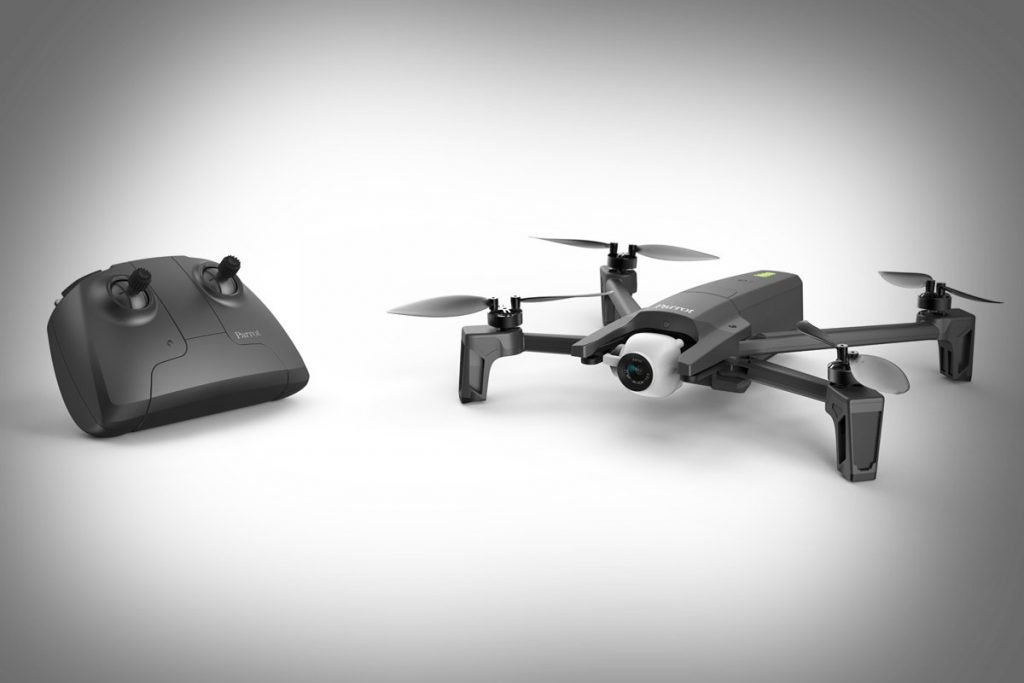 With their arms folded down, the Parrot Anafi and DJI Mavic Air are both easily small enough to slip into a backpack.

Different folding mechanisms mean they’re a slightly different shape, though. The Mavic Air’s arms swing underneath its body, which makes it more compact overall and able to fit into even a large jacket pocket.

The Anafi, meanwhile, takes a different approach by folding its arms in line with its body, giving it an elongated shape that’s more like a thermos flask.

It’s still extremely portable at only 244mm long and 66mm wide when folded, compared to the Mavic Air’s 168mm x 83mm dimensions. The Anafi is also lighter at 320g, compared to its DJI rival’s 430g weight.

This advantage is somewhat cancelled out by its larger controller, though, and the fact that the Mavic Air’s pad features handy removable joysticks.

In design terms, the Parrot Anafi has a couple of unique touches that you won’t find on the DJI Mavic Air. First, its gimbal can tilt a full 180 degrees, including upwards. We haven’t found many ways to use this yet, but it could be handy for dramatic shots under bridges or around rock climbers.

Parrot’s drone also includes a USB-C port that lets you charge it directly from a portable charger. This means you can top it up between locations rather than having to swap in a new battery. The Mavic Air’s USB-C port (officially, at least) only supports data transfer rather than charging. 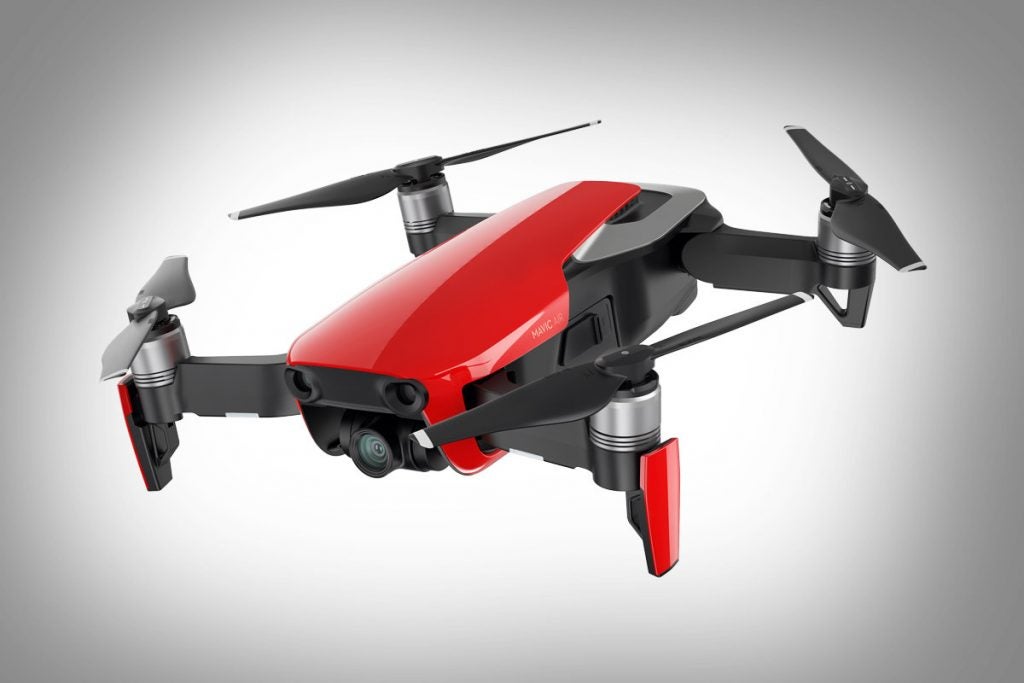 In other ways, the Mavic Air’s design wins out for pure practicality. The main difference is that, unlike the Anafi, it’s covered in obstacle avoidance sensors that look forwards, backwards and downwards to automatically sense and fly around unseen trees, people and pylons. This is a big deal for novice flyers and anyone who likes using autonomous flight modes.

The Mavic Air also comes with handy propeller guards and a microSD slot that’s more helpfully positioned on the back of the drone rather than, in the Anafi’s case, underneath the battery. This makes it much easier to swap new ones in and out. 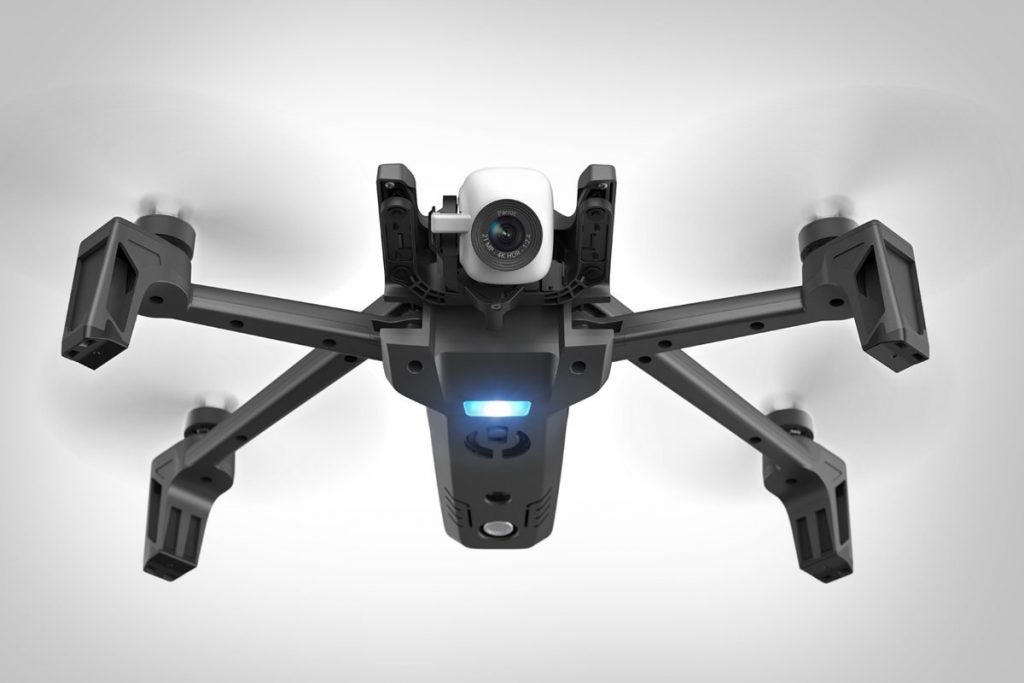 Leaving aside the Mavic Air’s obstacle avoidance capabilities, it’s a very close battle between these two on the features front.

Both have many similarities (a 2.5-mile maximum range, GPS and Glonass for returning home), but each has four benefits that you won’t find on the other.

In the Anafi’s case, the first of these is a longer battery life. Parrot claims that it can stay in the air for 25 minutes, and this was largely borne out in our tests. That’s five minutes longer than the Mavic Air. While that doesn’t sound much, it effectively covers taking off, landing and getting your Anafi into the right filming spot.

The Anafi’s second bonus is that it’s slightly quieter than the Mavic Air. It’s by no means unnoticeable when in close proximity, but the Mavic Air can sound like a mini-lawnmower at lower altitudes, which isn’t ideal when filming near people.

When it comes to its camera, the Anafi has two further advantages over its rival: it has ‘lossless’ zoom and can film in HDR (right now, the Mavic Air only has HDR stills).

These come with some caveats. In our tests, the zoom – which promises 1.4x lossless zoom when filming in 4K and 2.8x in 1080p – performed much like any other digital zoom. While useful in some situations, such as when you’re low on battery, image quality takes a noticeable hit.

We also haven’t yet tested the Anafi’s HDR, since this was due to arrive in a firmware update after testing. We’ll update this page when we have. 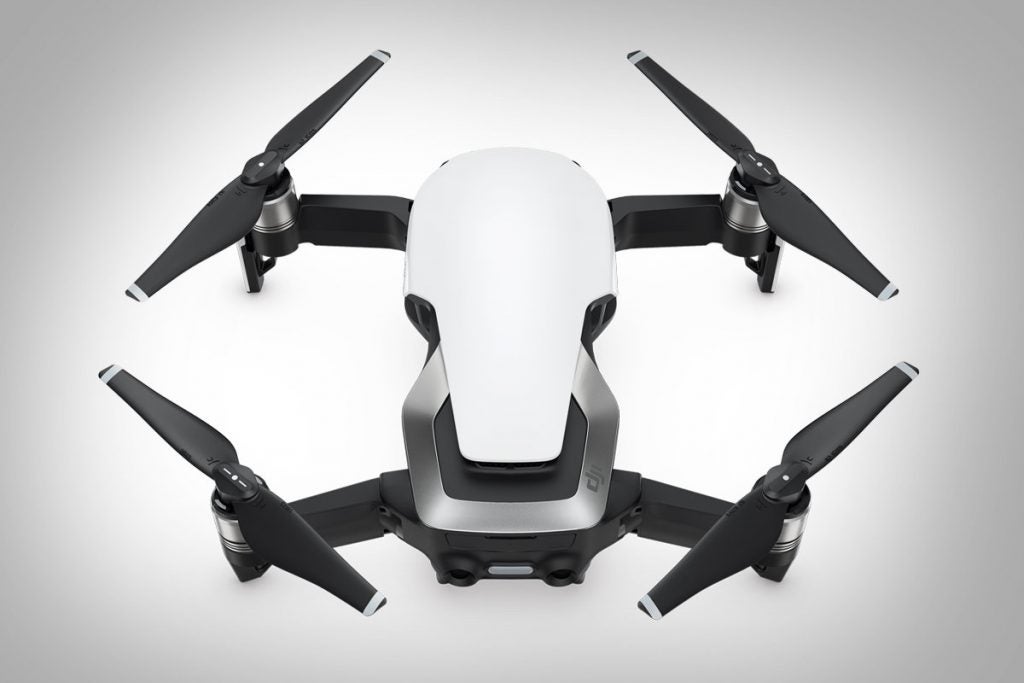 That’s quite an impressive roll call for the Anafi, but the Mavic Air offers advantages too. It’s faster and more nimble in the air, with its maximum speed of 42.5mph in Sport mode trumping the Anafi’s 33mph top speed. It’s worth bearing in mind that obstacle avoidance is turned off in this mode, though.

The Mavic Air’s three-axis mechanical gimbal is also slightly better than the Anafi’s, because the latter’s third axis (yaw) is actually digital. This means you can get slightly more judder when panning with the Anafi.

Another slight annoyance with Parrot’s drone is that its ‘Follow Me’ function is an £18 in-app purchase. Granted, the Anafi is over £100 cheaper than the Mavic Air, but there are other reasons for that price difference, such as DJI’s obstacle avoidance system.

DJI’s drone includes a wider variety of automatic modes by default, including ‘ActiveTrack’, which lets you draw a square around a target for it to follow. Even if that isn’t quite as reliable as a true ‘Follow Me’ function, which follows a controller’s GPS, it makes the Mavic Air a more rounded flying machine out of the box.

DJI’s final two trump cards over the Anafi are 8GB internal storage, which gives the Mavic Air a bigger ceiling for storing clips and videos, and its hand gesture modes. While these are a great party trick, we haven’t found them to be particularly reliable or useful in practice.

All of which means that this round is a draw, as it very much depends on which features are most important to you.

So the Anafi and Mavic Air are well matched for features, but what about the most important thing – video quality?

It’s a similar story here. Both drones capture 4K video at 30fps with a maximum bit-rate of 100Mbps, and have very similar sensor sizes, lenses and ISO ranges.

This means they produce comparable video quality in terms of detail and dynamic range – as you can see above in the Parrot Anafi’s test footage and below with the DJI Mavic Air.

Any differences between the two mainly arise from the different shooting modes. The Mavic Air gives you more options in this department, with its 1080p mode going up to 120fps for slo-mo. The Anafi’s equivalent mode maxes out at 60fps.

Still, Parrot’s drone matches its rivals’ ability to shoot photos in DNG Raw, which is handy if you like to edit images afterwards. And its slightly superior 21-megapixel sensor and shutter speeds (1/10,000 versus the Mavic Air’s 1/8000) mean it’s a slightly better bet for still photos.

But in terms of video quality, it’s difficult to split the two drones. In good light, both shoot excellent 4K video with plenty of detail and clean colours; both only start to struggle with grain and noise in low light. 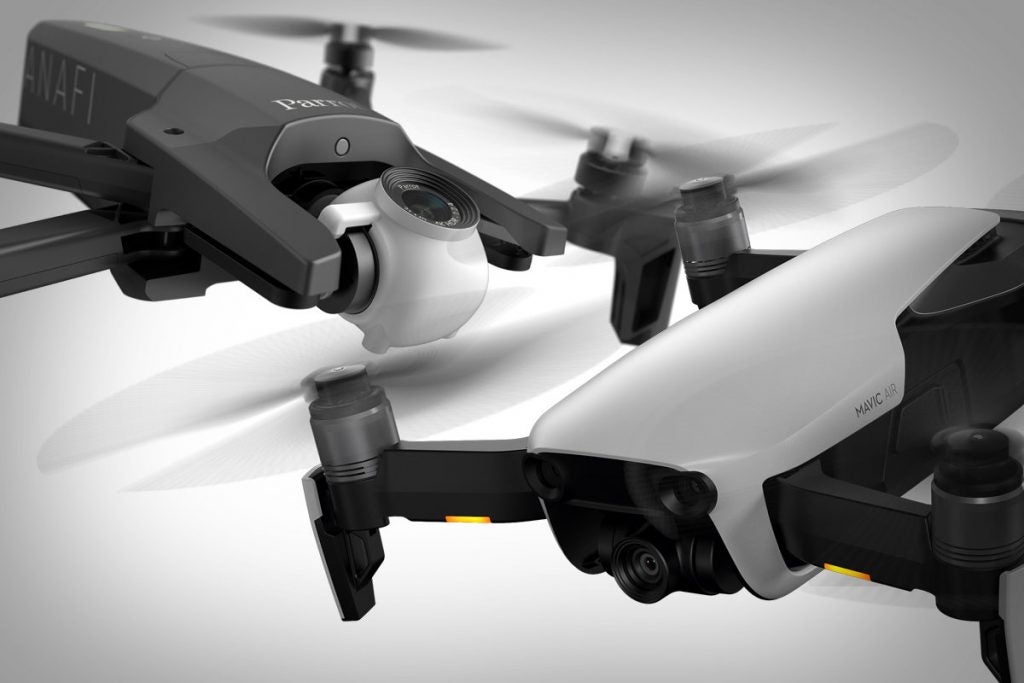 In our review verdicts of these two drones, we gave the DJI Mavic Air an extra half star – and that remains our opinion after testing them side by side.

The Mavic Air just about edges it, and one of the main reasons for this is its obstacle avoidance system. This makes flying, particularly in autonomous flight modes, a much more enjoyable and less stressful experience than with the Anafi.

This system isn’t completely foolproof – a lack of sensors on the top and sides of the Mavic Air mean it can still fall foul of trees – but it’s a great safety net for all levels of pilot.

That said, the Anafi does trump the Mavic Air in other key areas. Its battery life is slightly longer and its camera’s two advantages (zoom and HDR) give you a bit more flexibility when it comes to shooting your aerial videos.

But with video quality between the two pretty comparable, and the Mavic Air also offering superior slo-mo and a better gimbal, it’s DJI’s travel drone that takes the victory.

If you’re prepared to spend upwards of £1000 on a mini 4K drone, and like the sound of such features as a 1-inch sensor and 360-degree obstacle avoidance, it’s worth waiting for the imminent launch of DJI’s Mavic 2 Pro and Mavic 2 Zoom.

But at this price point, the DJI Mavic Air is currently the best you can buy, with the Parrot Anafi a very close second.