The new Toughbook CF-XZ6 is supposed to bridge the gap between the company’s fully- and semi-rugged laptops and slim and light ultrabooks from other companies. The CF-XZ6 is a 12-inch 2-in-1, weighing in at just 1.18kg and coming with so-called “business rugged” protection. This takes the form of a 76cm flat drop test (to simulate falling from the average desk) and 100kg of pressure (to simulate bag crushes while commuting), all made possible by a lightweight magnesium alloy chassis and lots of internal design tweaks for maximum protection.

You get all that in a powerful laptop that comes equipped with a 2.6-3.5GHz Intel Core i5-7300U processor, up to 16GB of memory and PCIe-based SSD storage. 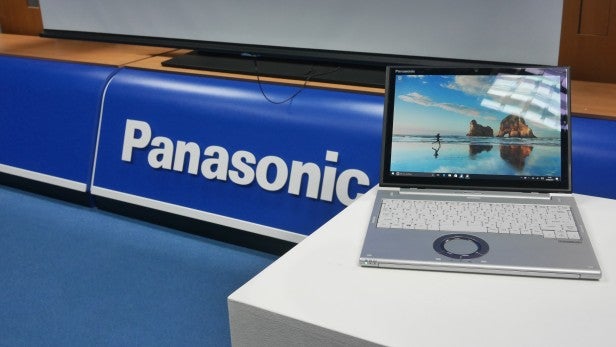 Among the super lightweight design, lovely  12-inch 2160 x 1440-pixel, 3:2-ratio IPS touchscreen and pleasingly old-school keyboard, you’ll see the rather odd circular touchpad. Panasonic tells us that it  own the patents for this form factor, which is apparently very popular in Japan. Still, it’s the first Panasonic product in quite a long time to feature such a design.

The round pad has the unique ability to allow users to scroll by simply running their fingers around its edges. Sadly, having had a go, we can’t say it’s particularly good in any other aspect beyond its infinite scroll-ability. Still, Panasonic is always up for giving buyers custom designs, so perhaps the firm could develop a square-touchpad version for those unconvinced by the current way of doing things. 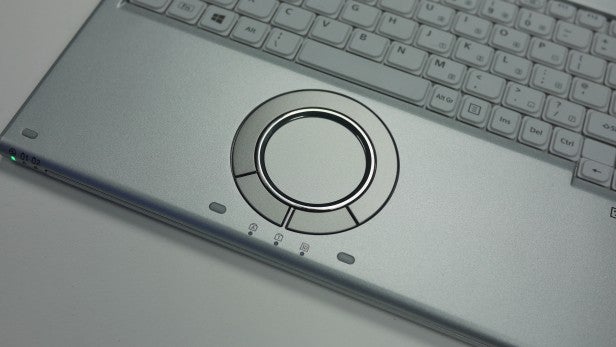 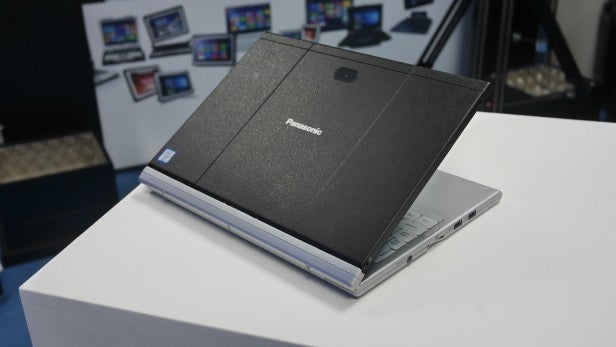 Other key features include a two-battery system (one in the tablet and one in the keyboard (that Panasonic claims will power the device for up to 14 hours, dual-band 802.11ac Wi-Fi, a full complement of ports including USB 3.0, USB 3.1, gigabit Ethernet, VGA, HDMI and SDXC. Optional extras include a stylus for the Windows Ink-certified screen and 4G LTE connectivity.

The Toughbook CF-XZ6 will be available from July and will start from £1539 excluding VAT.