Panasonic S1 and S1R Full-Frame Mirrorless Cameras: All you need to know

There’s never been a better nor more confusing time to be in the market for a full-frame mirrorless camera.

In just six months we’ve seen new systems from Nikon and Canon arrive to take on Sony’s pioneering A7 Series, and now Panasonic has revealed all about its S Series ahead of its availability in March 2019.

So have the camera giants saved the best till last? We already knew that Panasonic’s S1 and S1R was smartly adopting the existing L Mount from Leica, which gives it a real lens boost for a new system. And that, like Nikon and Sony, it’d be offering a more ‘affordable’ 24.2MP option (the Panasonic S1) alongside a more stills-focused 47.3MP option for professionals.

But that was about all we knew, until Panasonic revealed everything including their burst performance, shooting features, video skills, battery lives and pricing today.

Here’s everything you need to know about how they stack up against the Nikon Z Zeries, Canon EOS R and Sony A7 family… 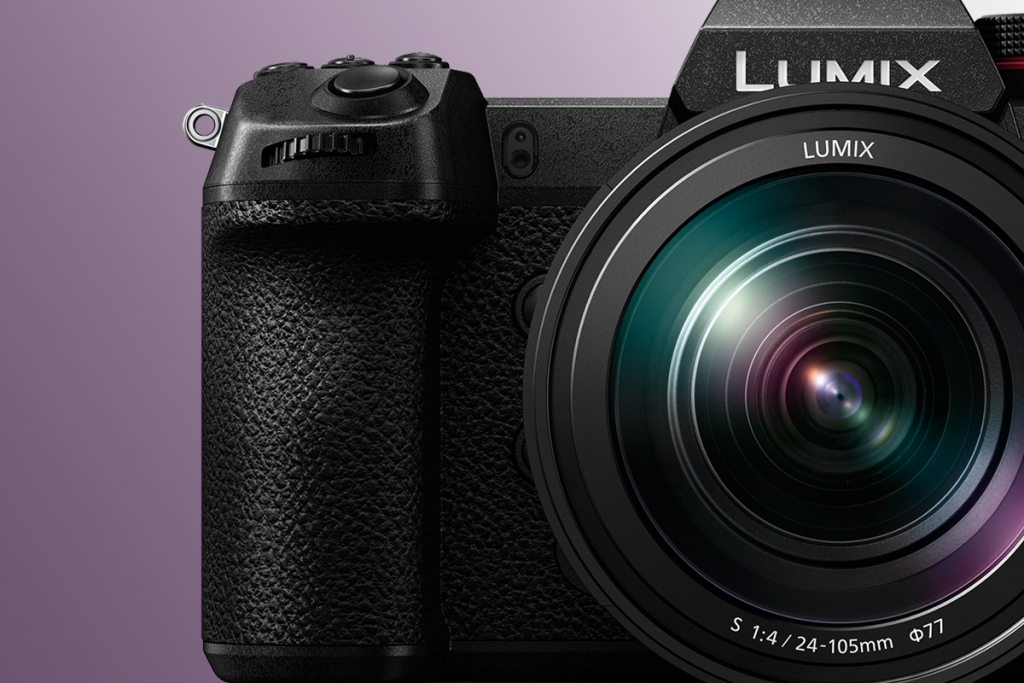 What are full-frame cameras?

Full-frame cameras, whose sensors are the size of old fashioned 35mm film, aren’t necessarily ‘better’ than other cameras, just different.

Aside from Medium Format, full-frame cameras have larger sensors than other camera systems like APS-C and Micro Four Thirds. This gives them some inherent advantages for professionals: they’re traditionally better in low light, have lower noise when you shoot at higher ISOs, and offer greater dynamic range.

The flip-side is that they’re also generally much larger, more expensive (for both the body and lenses) and not as fast as smaller sensor cameras when it comes to rattling off frames in burst mode.

Recently, cameras have started to blur these traditional strengths and weaknesses (for example, Micro Four Thirds camera like the Olympus Pen F offer much improved performance at high ISOs). But broadly speaking, those are the main differences. So, where do Panasonic’s new full-frame cameras sit in all of this? Let’s find out…

Panasonic S1 and S1R Price and Release Date: When do they come out, and how much will they cost?

That gives you a month or so to decide which pet needs to be traded in to fund your camera obsession. Both cameras are in the price tag ballpark of their closest rivals, with a slight premium of a few hundred pounds that Panasonic will justify by pointing at their peerless 4K video skills.

Here’s how the prices break down as both ‘body only’ and with the 24-105mm kit lens:

As you can see, Panasonic’s first three lenses for the S Series aren’t exactly impulse buys, but it’s worth bearing in mind that Sigma (which is working on no less than 14 lenses for the system) will likely provide some more affordable options alongside its popular Art Series.

Panasonic’s ‘Pro’ line of lenses are also just that – high quality, and pretty massive, professional lenses that are similar to the weighty options Canon has made for its EOS R. They’re similarly priced too, with Canon’s RF 50mm f/1.2 going for £2,349.99 in the UK. 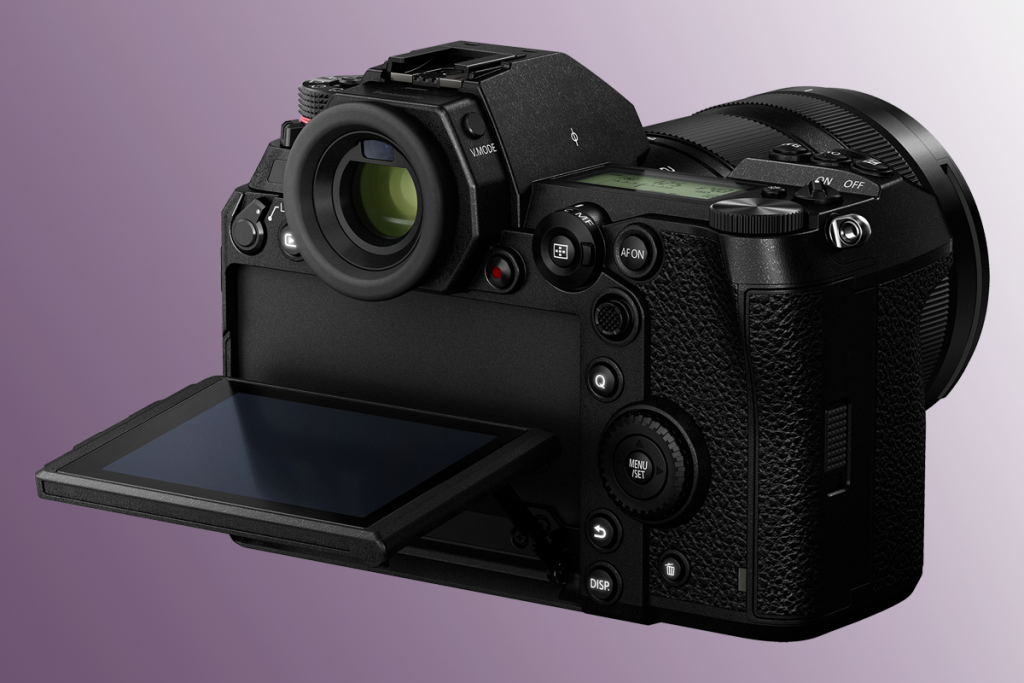 Panasonic S1 and S1R Design: What do they look like?

The S1 and S1R have identical, DSLR-like bodies that weigh just shy of 900g. That is significantly heavier than rivals like the Canon EOS R (660g) and Nikon Z7 (625g). In fact, it’s approaching twice the weight of an APS-C camera like the Fujifilm X-T3.

Not that this is necessarily a bad thing – Panasonic’s ‘Pro’ lenses are also quite weighty, so it all balances out nicely in the hand, and the extra size is also a bonus for plenty of heat dissipation for demanding 4K video, something that the S1 and S1R can both manage at 60fps. That’s a first for full-frame mirrorless cameras.

Otherwise, the cameras are much like a beefed up Panasonic Lumix G9, with a weather-sealed frame and chunky handgrip that’ll go down well with the pro snappers it’s targeting.

On the top plate is a centralised viewfinder (another tick for the ‘pro’ box), which trumps its rivals with a 5.76-million-dot resolution. And all over the rest of the body are buttons galore for quickly tweaking things like ISO, White Balance and the AF mode. Naturally, you get a joystick for changing focus points, plus a status LCD on the top for quickly checking settings.

Handily, the 3.2-inch touchscreen on the back lets you choose menu options as well as tap to pull focus in video.

Panasonic S1 and S1R Features: What are their specs?

Panasonic has now fully fleshed out the specs and features we can expect from the S1 and S1R, following its slightly vague ‘developer announcement’ in September 2018.

The main difference between the two cameras are their sensors. The S1 has a 24.2MP CMOS sensor, which puts it right up against the Nikon Z6 and Sony A7 III. This makes it’s the ‘affordable’ option for snappers who don’t need to print photos at poster size and are keener on shooting video.

Pitched right up against the Nikon Z7 and Sony A7R III is the S1R, which has a 47.3MP CMOS sensor. That’s a smidgen higher than the Nikon Z7’s resolution, making it the highest resolution full-frame mirrorless camera so far.

Apart from that, the two have a lot in common. One of the headline features is their 5.76-million-dot OLED viewfinder, which is the highest resolution EVF on any camera (trumping the 4.4-million-dot EVF on Leica’s SL).

Both also have an impressive 6-stop Dual Image Stabilisation for stills and video. This works in a similar way to the Panasonic GH5, which means you can shoot handheld shots at slow shutters speeds and get something close to a tripod-like effect.

Despite only having the older contrast detect autofocus (combined with Panasonic’s ‘Depth By Defocus’ DFD tech), Panasonic has added Eye-AF to help it compete with its Sony rivals, along with a host of focus tracking features.

These include the ability to automatically recognise humans, cats, dogs and birds, which apparently allows both cameras to predict their particular movements and help keep an autofocus lock. We’ll give you our impressions of how well that works in our first look.

When it comes to burst shooting, both cameras strangely have the same specs despite the S1R’s greater resolution – they can rattle off 9fps with the autofocus locked, or 6fps with continuous autofocus. That’s pretty solid for a full-frame mirrorless camera, if slightly shy of the 12fps offered by the Nikon Z6.

As you’d expect from Panasonic, both cameras are much stronger when it comes to shooting video. Both can manage to shoot 4K at 60fps, albeit with a slight crop of 1.5x (for the S1) and 1.09x for the S1R. Switch to 4K at 30fps, though, and they’ll shoot with the full width of that full-frame sensor.

All in all, it’s a very impressive specs sheet that breaks new ground for full-frame mirrorless cameras in some areas, particularly video. We’ll let you know if this all translates into an equally enjoyable shooting experience in our updated ‘first look’ soon. 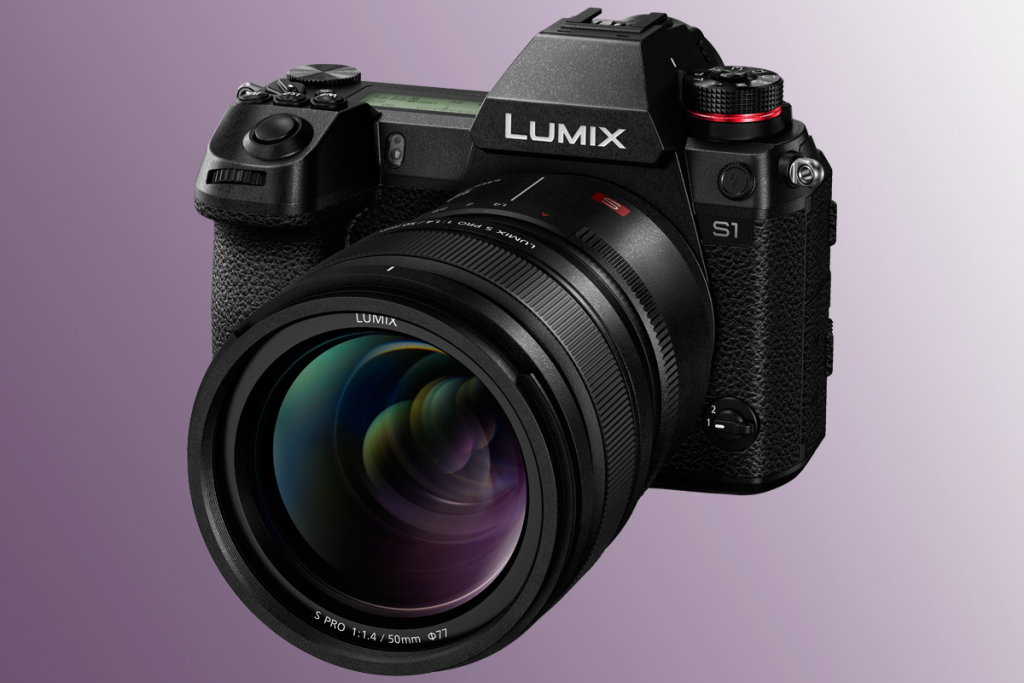 Panasonic S1 and S1R: What about lenses?

One of the big benefits of using both an existing lens mount (Leica’s L mount) and teaming up with Sigma is that the Panasonic S series will be well stocked for lens options, for a new system at least.

Panasonic is making three native S lenses itself for the launch of the S1 and S1R. These will be a 24-105mm f/4 OIS, 70-200mm f/4 OIS and a 50mm f/1.4. Panasonic has promised to have more than ten of its lenses available by the end of 2020, with Sigma and Leica also adding to the list with their own glass.

In total, Panasonic says there’ll be more than 42 lenses available for the S Series by the end of 2020, with 20 of these hitting shelves by the end of this year. That’s pretty good going for a brand new full-frame mirrorless camera system.

Panasonic S1 and S1R: What does this mean for Micro Four Thirds cameras?

If you’re a fan of Micro Four Thirds cameras like the Olympus OM-D E-M1 II (or, indeed, the Panasonic Lumix G9), you might be wondering if these means the end for your favourite system.

Well, fear not – Micro Four Thirds will continue in parallel with Panasonic’s Lumix S series, which makes sense: the former will continue to be for amateurs who prize portability, affordability and speed, while the S series will be a new option to further confuse professionals who were already having a tough time deciding which full-frame system to go for.

Are you excited about the Panasonic S1 and S1R? Share your thoughts with us on Twitter @TrustedReviews.