When it launched back in 2014, Panasonic’s original LX100 was part of the first wave of ‘big sensor compacts’.

Like its two main rivals at the time – Sony’s RX100 III and Canon’s G7 X – it aimed to shoehorn DSLR-like performance into a compact body with a fixed lens. And despite a few shortcomings, the Panasonic LX100 did this very well indeed.

With Sony’s range now fronted by the RX100 VI and Canon’s G7X Mark II arriving earlier this year, these pro-friendly compacts have moved into their second generation – and Panasonic has joined the party with the new LX100 II.

Like its predecessor, the LX100 II has a Four Thirds sensor – now boosted to 17-megapixels – which is around 1.6x larger than the 1-inch chips favoured by its Sony and Canon rivals, if smaller than the new Fujifilm XF10′s APS-C sensor.

The difference this time is that a host of new features, including that new sensor, have trickled down from newer cameras like Panasonic’s GX9.

So what exactly has changed? Let’s take a look…

Because the new LX100 is a Mark II rather than, say, an LX200, its physical design isn’t radically different from its predecessor.

With the power off, the only difference you’ll see is the LX100 II’s slightly more pronounced grip. While this is only millimetres thicker, it does combine nicely with the thumb grip on the back to give the camera a comfortable feel that’ll serve you well during long shooting sessions.

This makes it more of a kindred spirit to Canon’s G7X Mark II than the slightly more slippery Sony RX100 family, which prizes compact form over manual controls. 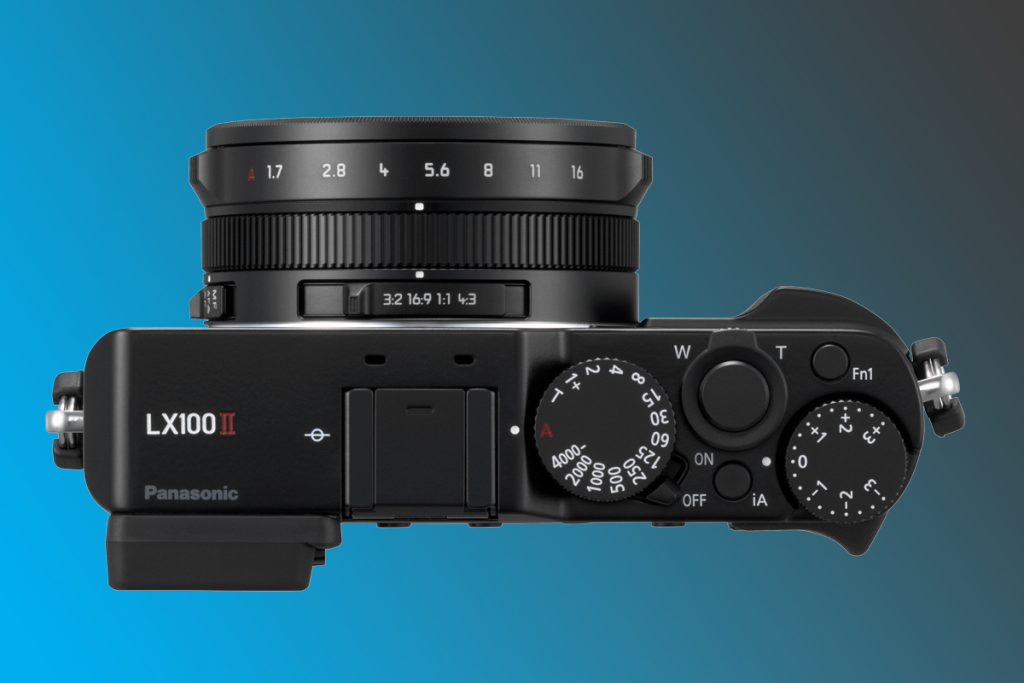 Aside from the handgrip, the dimensions and control setups of the two Panasonic cameras are pretty much identical. There’s an aperture ring on the lens and, along the top plate, a shutter speed dial, zoom rocker and exposure compensation dial.

The only other addition is a customisable function button in place of the LX100’s ‘function’ button, which by default takes you into Panasonic’s ‘4K photo’ modes.

If the Panasonic LX100 was already aimed at snappers who like to tinker with and customise their cameras, the LX100 II takes it a few further metres down that road.

Related: How to backup your snaps with Google Photos

Two of our biggest complaints about the first LX100 were that its fixed LCD screen wasn’t touch-sensitive, and that its EVF’s colour accuracy was a little misleading.

The good news is that both of those have been addressed in the LX100 II. While the new sequel sadly hasn’t gained a flip-out screen, which would have been a huge bonus for street photography, its 3-inch display is touch-sensitive and has had its resolution boosted to 1240k-dots, up from 921k-dots.

Of course, if you prefer to compose your photos via an EVF, you may not be too desperate to upgrade to a model with a touchscreen. But in our early play with the Panasonic LX100 II, we found it much easier to prod its menus than use its small navi-pad to get around.

Handily, you can also use the viewfinder and touchscreen simultaneously to, say, choose a focus point while you’re framing the shot. 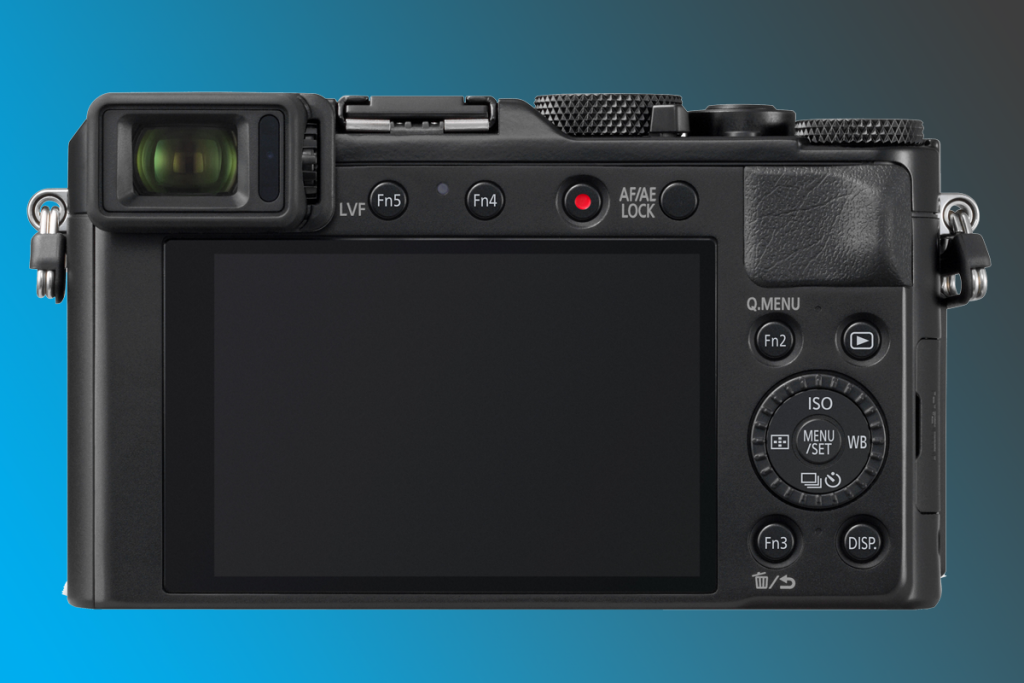 Panasonic also appears to have made minor tweaks to the viewfinder on the LX100 II.

It’s still a 2764k-dot affair with 0.7x magnification, but in our early play with the Mark II we found the over-saturation and calibration issues that dogged the LX100 to be far less evident. We’ll confirm this in our full review soon.

While the big two additions to the LX100 II are its new, higher resolution sensor and touchscreen, there are a few extra new treats under the hood.

Perhaps the most useful of these is USB charging, which means you can top up the LX100 II’s battery using a portable charger while you’re on the move.

It’s far from the first compact camera to offer this, but it is particularly handy on a camera that’s been built for travel and usually only manages around 340 shots from a charge (a smidgen less than the LX100). 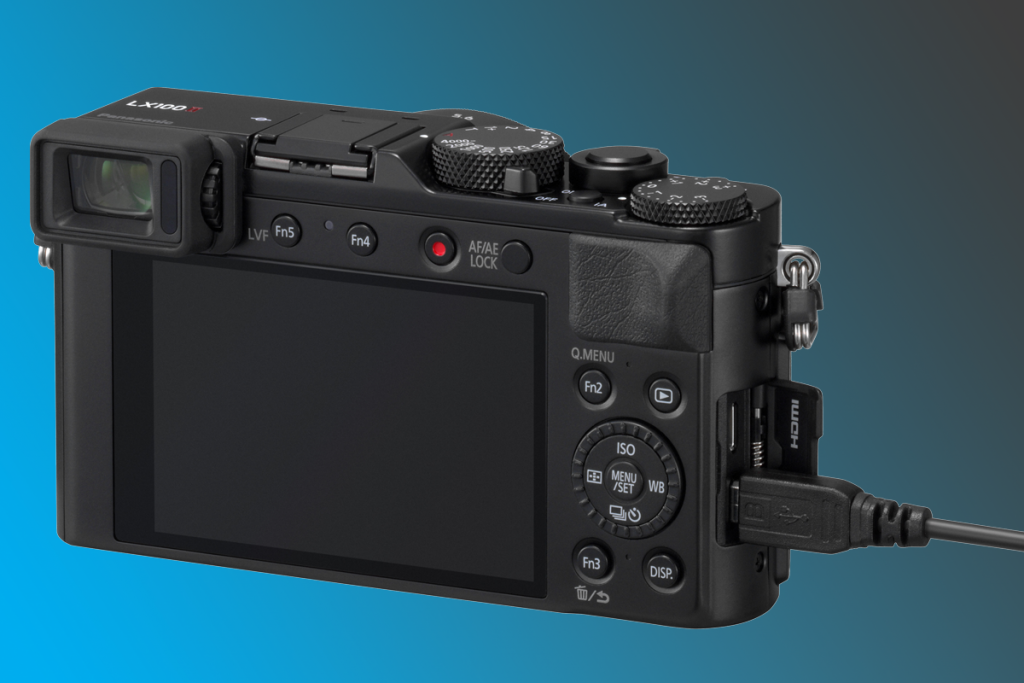 Dig a bit further into the LX100 II’s menus and you’ll find a few more welcome software upgrades. There’s a new L.Monochrome D setting for black-and-white fans, which emphasises highlights and shadows more than the standard filter. You also now get Bluetooth to make syncing photos to your smartphone a little easier.

Panasonic is also clearly keen for you to use its 4K photo mode a bit more too. This mode, which lets you use the camera’s 4K video powers to shoot at 30fps and then extract 8-megapixel stills from the sequence, now has an ‘auto marking’ function to help you jump to the right frame and a special effect that lets you merge frames.

A few other extras that can be filed under ‘nice to haves’ rather than ‘take our credit card’ include new focus stacking options and a Light Composition mode for helping you shoot fireworks.

While the Panasonic LX100 II’s new sensor and touchscreen are certainly big draws, it’s fair to say that an awful lot has stayed the same.

And with the original LX100 remaining on sale and currently available for £499 (that’s £350 less than the new model), the Mark II perhaps isn’t the no-brainer it might first appear to be.

Still, beyond the LX100 II’s touchscreen, the big factors that might sway your decision towards it are likely to be any image quality improvements we see from its new sensor and any refinements to its EVF, which was a big let-down on the original version.

We’ll bring you our verdicts on those in our full review before the Panasonic LX100 goes on sale on 1 October 2018. 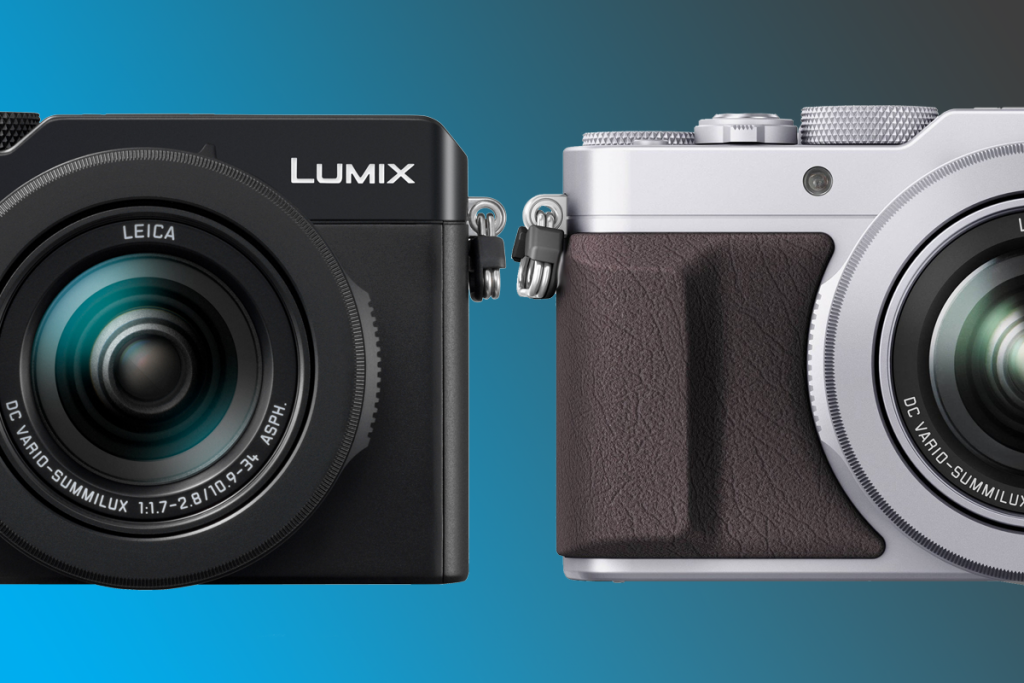