The short yet gorgeous comic features all your favourite members of Overwatch yet focuses predominantly on Tracer as she zips about Kings Row.

She’s searching for a present which happens to be for her girlfriend, Emily, who embrace together with a kiss after exchanging presents back at home. 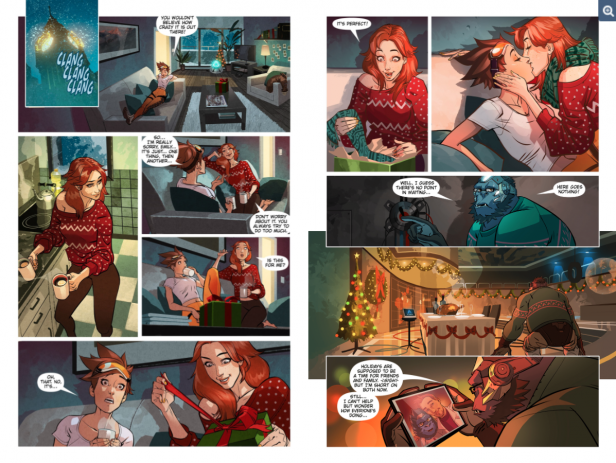 This confirms Tracer as the LGBT character Blizzard has been teasing, which will apparently be the “first of many” in the multi-cultural team.

After sharing a kiss, Tracer and Emily head to Winston’s lab to celebrate the holidays together. It’s adorable, and you can read the whole thing here.

Speculation on the identity of Overwatch’s rumoured gay character has been running rampant for months now, and to see the cover girl revealed as the lady in question is brilliant news.

Overwatch is arguably the most popular shooter of the year, and even scooped up Trusted Reviews’ Game of the Year Award earlier last month.

What are your thoughts? Let us know in the comments below.