Having first launched over three years ago, Overwatch has morphed into a significant beast in the hero shooter market – arguably holding its place as the genre’s biggest player ever since. Free updates have seen it adopt new heroes, maps, modes and seasonal events – an expansion which honestly has shown so signs of slowing.

However, with this endless growth comes the possibility of hitting a plateau, filling the original game with so many new additions that it loses the smooth, balanced and charming feel that attracted us in the first place. So – Blizzard is expanding its efforts to a completely new entry in a franchise. Announced at BlizzCon 2019, Overwatch 2 is a direct sequel to the hero shooter, building upon it while also ensuring nobody gets left behind in the process.

Trusted Reviews has compiled everything you need to know about Overwatch 2 including all the latest news, gameplay, trailers, heroes and more. 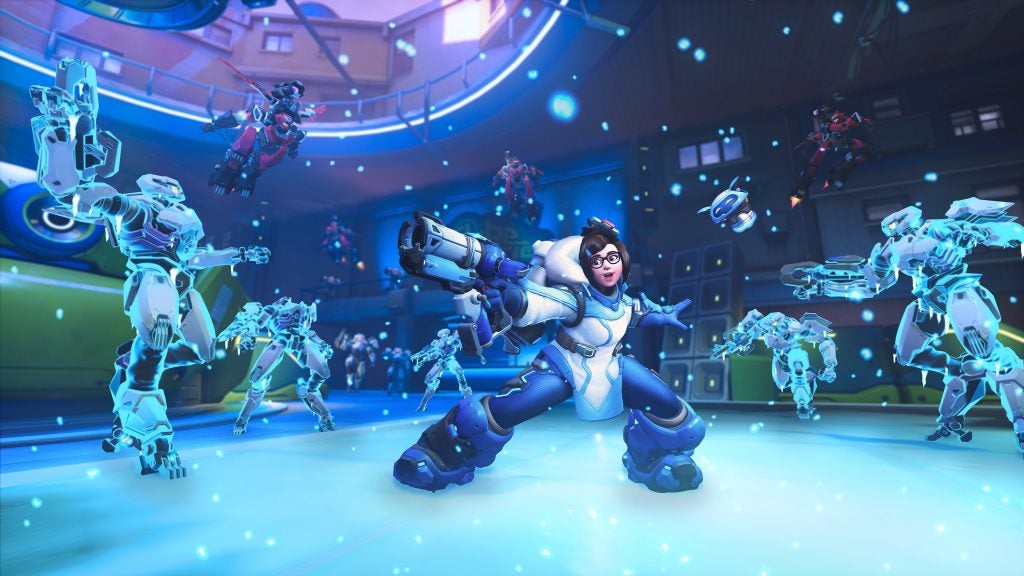 Overwatch 2 release date – when is it coming out?

Despite being announced and showcased with a bunch of hands-on gameplay at BlizzCon 2019, the developer isn’t committing to a release date just yet.

Speaking at the game’s reveal panel during, game director Jeff Kaplan said “I don’t know. I have no idea,” when quizzed about the Overwatch 2 release date. “Like, just let us make it great, that’s what we care about more than anything. We don’t have a date in mind.”

Kaplan also added that the studio will be “going dark” on Overwatch 2 for the foreseeable future, only surfacing when they feel the game is ready to be shown in the public eye once again. Whenever this will be, fingers crossed it is accompanied by a release window.

Overwatch 2 trailer – how does it look?

BlizzCon 2019 saw a number of footage shown off for Overwatch 2, be it in the form of a gorgeous cinematic or detailed gameplay trailers. We’ve compiled all the latest for you below:

What is Overwatch 2? – is it a proper sequel?

Blizzard is approaching Overwatch 2 in a somewhat unusual manner, as it doesn’t adopt the usual structure you would expect from a traditional sequel. Firstly, players of the original Overwatch will receive all of the new maps, characters and modes, ensuring that nobody in the audience is left behind or forced to split apart from friends who perhaps can’t afford Overwatch 2 at launch.

You could almost treat it like a major expansion with revamped visuals, character designs and the robust implementation of story-focused missions. Players can expect more cutscenes, dialogue and Blizzard trying harder to expand so much of the universe’s untapped law. In the past, major events or character personalities have been hinted at, but never really explored. Overwatch 2 aims to change all of that.

Overwatch 2 gameplay – how does it play?

Blizzard Entertainment has said that Overwatch 2 will place a greater focus on PvE action, incorporating co-operative story-driven missions into the existing multiplayer template. These missions take the model from seasonal events such as Uprising or Archives and expands them massively, giving players a larger arena alongside more ambitious objectives to complete. One mission set in Rio De Janeiro has been unveiled thus far featuring Tracer, Lucio, Mei and Reinhardt. 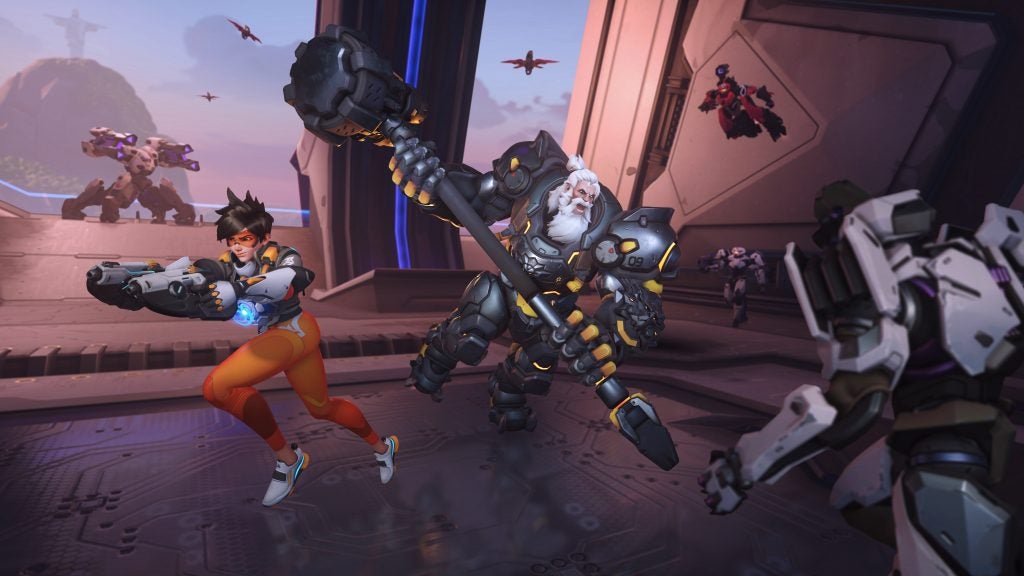 The stage follows our quartet of heroes as they work through the city, taking out hostile robots who have endangered civilians. Throughout you’ll engage in battle while traversing the map and completing objectives, all of which will culminate in a single epic encounter. Blizzard has said all of these missions will be highly replayable, each hero possessing their own level which, with experience, will increase and allow players to choose between a variety of unlockable skills.

It’s unclear how many PvE missions will launch as part of Overwatch 2, but it’s a safe bet Blizzard will continue to update it with new additions after launch. Multiplayer will follow in similar footsteps to the original, carrying over all of the modes and heroes we know and love. Despite the original game receiving a bunch of the same content, hero appearances (outfits, weapons etc) will be exclusive to the sequel. It’ll be interesting to see how this works upon release.

Those who purchase Overwatch 2 will have all of their cosmetic unlocks transferred over so long as they’re on the same Blizzard account. This means all of your hard-earned vanilla skins, sprays, emotes and those earned across seasonal events will be safe and sound. Such a move is excellent to hear, but also reinforces that Overwatch 2 is more akin to a major expansion than a fully-fledged sequel. 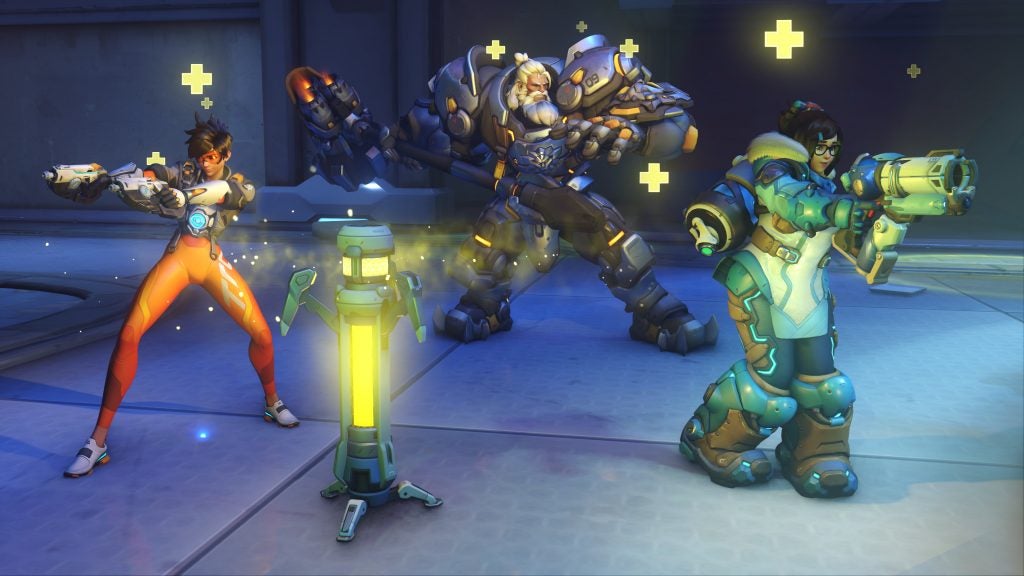 Overwatch 2 will also run on an upgraded engine with an enhanced user interface, both of which are to be patched into the original game alongside its release. We expect a number of new developments will surface in the coming months, shining a more concrete light on what exactly the long-awaited sequel will entail.

Overwatch 2 story – when does it take place?

Narrative in Overwatch has often been relegated to cinematics and comic books outside of the game itself, something players have complained about for a while. Whether it’s Tracer’s girlfriend, the Omnic Crisis or Soldier 76’s tragic past, Blizzard has seldom dove into what makes its heroes so compelling beyond the cosmetic exterior. Planning to focus more on story, we’re crossing our fingers Overwatch 2 will address this.

The reveal cinematic shows that Overwatch has reformed, bringing its cast of heroes back together to defend humanity against an abundance of threats. Working together once again, this setup oozes so much potential of what could be explored. Tracer’s better half is hinted at on the dropship’s dashboard, while Mei shyly approaches Overwatch veterans on her first mission as an operative.

These are hopefully a few brilliant glimpses of what’s to come in the sequel, although only time will tell. We’d love for in-game collectibles, audio logs and other trinkets to be strewn across PvE missions, encouraging players to explore in order to access a deeper glimpse into the game’s lore. Anything would be a welcome improvement at this point.