Think the slew of autumn Android smartphone reveals ended with the OnePlus 6T and Honor Magic 2? Think again. The Oppo A7 is an incoming mid-ranger and now know more about the would-be Moto G6 rival than ever before, thanks to newly leaked images that seemingly confirm some of the device’s key specs. Plus, an alleged hands-on video of the Oppo A7 that shows off the gold version of the handset.

Under the hood, it’s thought that the handset will pack a Snapdragon 450 SoC and the option of two memory configs: 3GB or 4GB of RAM, both with 32GB of on-board storage (expandable up to 256GB via microSD).

In terms of camera specs, the Oppo A7 is rumoured to sport a dual-camera setup (horizontally aligned) comprised of a 13-megapixel primary sensor and a 2-megapixel auxiliary lens. On the front, there’ll be a 16-megapixel ‘selfie cam’, according to sources

These specs are ultimately gleaned from a leaked spec sheet shared by Indian mobile blog MySmartPrice, though we haven’t been able to independently verify their accuracy. The same site also recently posted a handful of alleged marketing images of the Oppo A7 that appear to confirm one of its key feature: a powerhouse 4230mAh battery. 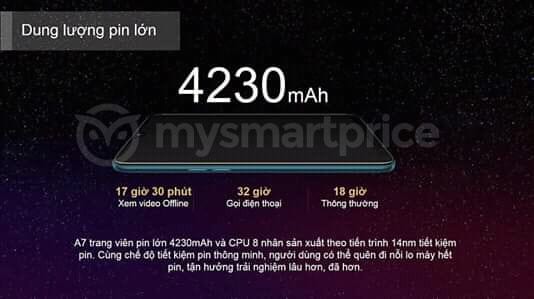 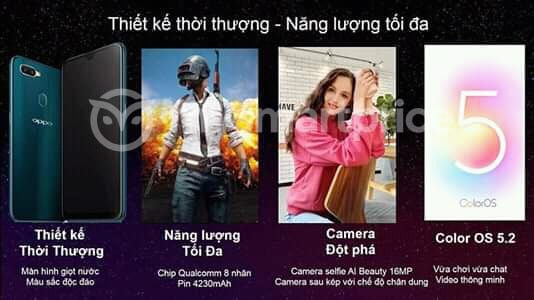 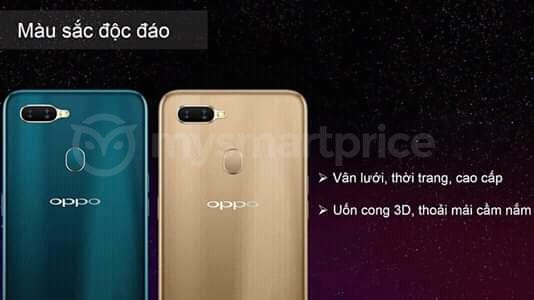 There’s nothing overly impressive about any of these specs – battery aside, it’s a decidedly low-end package – but the price is pegged at Indian Rs. 11,999, or about £125, so you’re very much getting what you pay for.

The Oppo A7 is expected to be released on November 30 in blue and gold colour options following a November 13 launch in China, but there’s little word of availability. This writer’s limited linguistics knowledge thinks the leaked marketing images are written in Vietnamese, so it could be that the Oppo A7 is a region-specific release in select Asian markets. It’s also possible we might see the Oppo R19 unveiled at the same event.

Check out that hands-on video for a closer look at the A7.

Would you consider the Oppo A7 if it was available where you are? Let us know on Twitter @TrustedReviews.