Samsung recently launched a TV advert that openly mocks the hype surrounding the forthcoming iPhone 6 launch. It shows a young urban type enthusing over the next Apple phone’s predicted 4.7-inch screen, a full two years after the Samsung Galaxy S3 did the very same thing.

It’s not the first time Samsung has targeted Apple in this way. In fact, the relentlessness of its anti-Apple approach suggests that the company has become somewhat obsessed with its American rival.

As with most obsessions, this probably isn’t healthy. Especially when such an obsession seems to be distracting Samsung’s attention from another, potentially more disruptive threat from closer to home.

A challenge from China 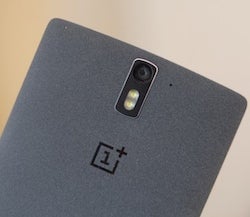 While Samsung has had its sights trained on Apple, a pair of smartphone makers from China have quietly begun to undermine Samsung’s hitherto imperious Android position.

They have done so not by sniping at their rivals through gauche ads or creating the  most stylish, feature-packed smartphones on the market. They have done it by offering products that are essentially similar to Samsung’s flagship Galaxy S5 device, but at around half the price.

Both the OnePlus One and the recently announced Xiaomi Mi 4 are well made, high end Android smartphones. Both come with 5-inch 1080p displays, quad-core Snapdragon 801 processors, and 13-megapixel cameras sourced from Sony. 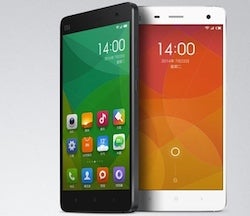 Put simply, they are – or promise to be, in the Mi 4’s case – every bit as good as they Samsung Galaxy S5. In fact, they may even be better in one key way (we’ll leave the old Samsung design argument to one side for now).

With the OnePlus One sporting the ultra-customisable but lightweight CyanogenMod Android OS spinoff, and the Xiaomi Mi 4 promising to feature the latest version of the company’s well-received (and distinctly iOS-like) MIUI UI, these smartphones excel in an area that Samsung has never been particularly strong at: software, and related to that, interface design.

The price is right

But the devices themselves are only one half of the equation, and arguably the less important half at that. For the other half, consider the SIM-free price of a 16GB OnePlus One from the official OnePlus UK website: £239.

Meanwhile the Xiaomi Mi 4 will become available for preorder in China from July 29 for a price of ¥1,999, which works out to around £189. Add on the usual UK tax and you’ll probably end up with a similar price to the OnePlus One.

Now take a look at what the Samsung Galaxy S5 is listed for over on the Samsung website: £549. More than double the price.

Suddenly, Samsung’s philosophy of out-featuring Apple at a similar premium price point looks precarious, to say the least. It’s certainly not sustainable over the long haul.

Of course, neither Xiaomi nor OnePlus is anything like a household name in the west. It will take time and persistence to  get a foothold outside of their home territory. But then Samsung was in that position once too.

These days Samsung is well established as the world’s biggest consumer tech company, it isn’t going anywhere in a hurry, and it has the sheer marketing clout and resources to be able to shout over the whimpers of superior efforts from less well-established rivals. Just ask HTC.

But to state that there’s no threat here would be foolhardy. Motorola has already proven that there is a market in the west for ultra-affordable yet classy smartphones with the Motorola Moto G, and that’s a relatively modest brand regardless of successive Google and Lenovo ownership.

Speaking of money, Xiaomi is seriously hot property in its native China right now. It’s one of the country’s biggest electronics companies, founded and run by China’s 23rd richest man. The company’s rise to this position of strength since the launch of its first smartphone in 2011 is, quite frankly, frightening.

Or at least, it should be for Samsung. Ironically enough, Xiaomi is often referred to as the “Apple of China.” And if that doesn’t set alarm bells ringing at Samsung HQ, I don’t know what will.

OnePlus, for its part, isn’t quite the dark horse from out of nowhere that it’s painting itself as. Documents have shown that it’s essentially an offshoot of OPPO, another major Chinese electronics company. Indeed, the savvy, exclusive, dare we say calculatedly amateurish way in which the OnePlus One has been marketed and distributed (or not, as the case may be) has only added to the buzz surrounding the device here in the west.

Whether or not that buzz, or the buzz surrounding an ascendent Xiaomi, leads to mainstream western success remains to be seen. But one thing is clear: China’s smartphone manufacturers are looking to enter the western market in a big way, and they’re not simply going to stand there and trade blows with the current king of the roost. They’re far smarter than that.

Samsung perhaps needs to worry less about Apple’s next premium smartphone effort, as derivative and behind-the-times as it’s inevitably perceived to be, and address the high-value efforts of China’s bright young challengers.

Otherwise, you can almost see an antagonistic advert popping up in the years to come, one blandly handsome urbanite looking incredulously at another across a coffee shop table: “Dude, you paid how much for your Samsung phone?!”

Next read: OnePlus One vs Nexus 5