Smart thermostats aren’t just about making life convenient for you. As you can see from our best smart thermostat list, the products are also designed to help you save money, using a variety of tactics, including shutting your heating off when you’re out and turning your boiler off early so as not to overshoot your set temperature. If you’re not using OpenTherm (or a similar technology), however, you may not get the full energy savings that you deserve.

OpenTherm, as the name suggests, is an open standard digital interface for modern boilers. With traditional heating systems, a simple relay is used to turn the boiler on or off. When the boiler’s on, it heats water to the preset temperature until the thermostat tells it to turn off.

The result is often that your radiators come on full blast and can often overshoot the temperature you set. As a result, the thermostat waits until the temperature falls then kicks the boiler into maximum gear again. The average temperature you achieve may be right, but you end up over and undershooting the level you set, which isn’t ideal.

You can think of this like driving a car at an average of 70mph by accelerating fast to 80mph, drifting back down to 60mph and then repeating the cycle. Efficiency and control go out of the window.

With OpenTherm, you get a digital interface to the boiler that allows your smart thermostat to change the temperature of the water used for the heating. This is called modulation.

Once at temperature, OpenTherm may further reduce water temperature just to balance out natural heat loss through your home’s walls, windows, doors and roof.

Importantly, using OpenTherm means that a boiler only uses the energy it needs to provide the heat required at that point to save money.

What do I need to use OpenTherm?

Chances are that if you’re in the UK, you may not be using the technology. There are many reasons. First, if you’ve got an older boiler, as many of us do, then you may not have the required OpenTherm interface on it. Even some new boilers don’t have this as standard but require an OpenTherm module to be installed. You can check with your boiler manufacturer to see if OpenTherm is supported.

Secondly, many heating engineers simply swap existing controls for new ones, replacing the dumb ones connected to a standard relay for a smarter one. 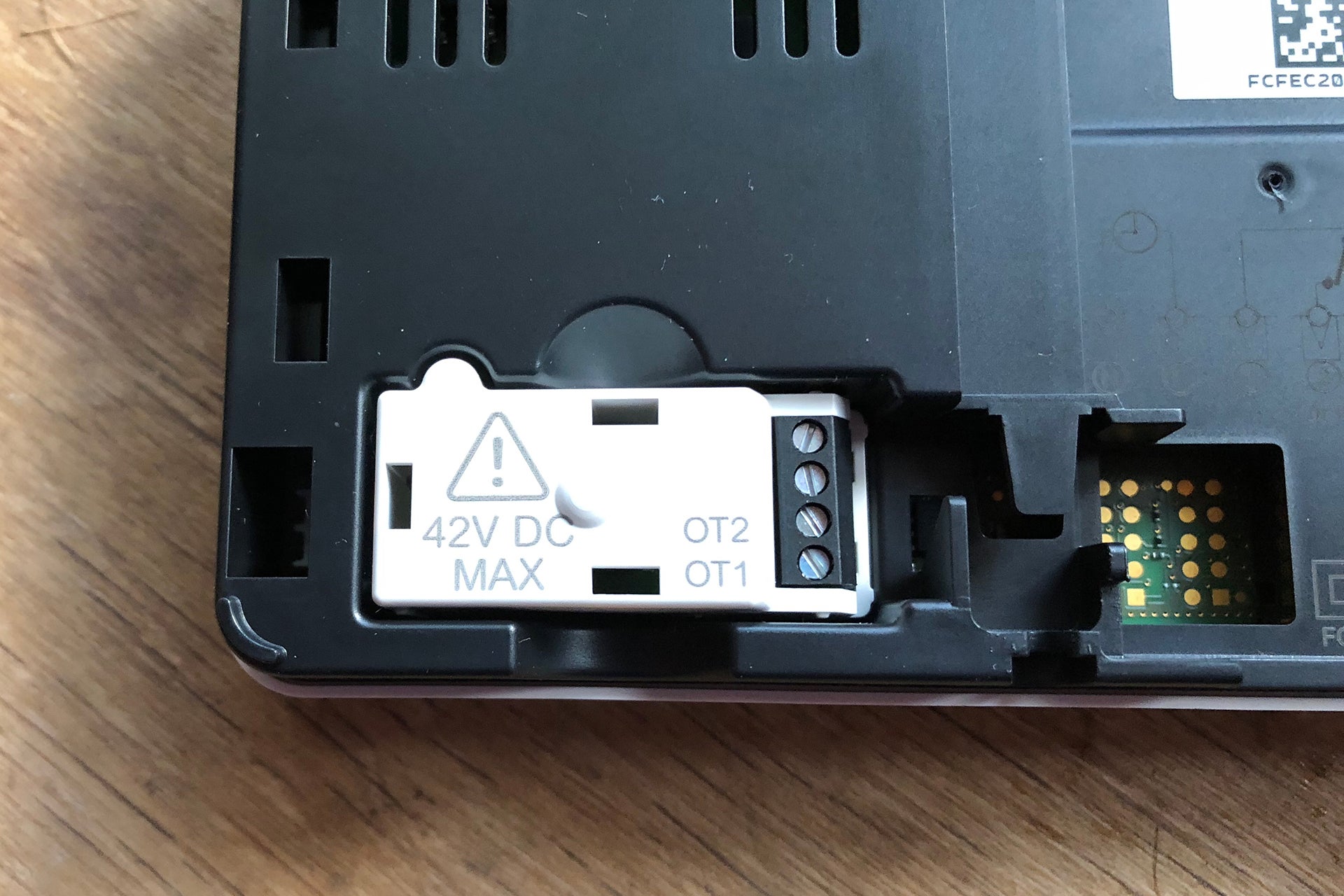 If you’ve got a compatible thermostat and boiler, it’s worth checking with a heating engineer when you have a service is the OpenTherm connection is enabled. If not, switching to this could give you bigger savings. For those getting a new installation, request that OpenTherm is used if possible.

How much money can OpenTherm save?

Typically, using OpenTherm can provide you with around 6% energy savings, on top of anything that a smart thermostat can do anyway. Exact figures will depend on your home, the number of radiators you have, heating temperature and whether or not you have individual smart radiator valves.

Interestingly, Tado’s latest research using figures from its users showed that in the UK users saved around 19% on energy bills; in Germany, where modulating boilers have been popular for a long time, energy savings were 25%.

Are there alternatives to OpenTherm?

OpenTherm is the most popular modulating interface, but some boilers have their own digital interface. Tado has the widest support for these, due to the more complex range of interfaces in its home country of Germany. However modern boilers in the UK largely have OpenTherm interfaces.