The OnePlus 6T has officially been released, and you can buy the new handset from more places than you might expect.

That’s because OnePlus has ditched the once frustratingly tight restrictions around getting your hands on one of its handsets.

The company’s old invitation-only system is long gone, and you can purchase the company’s latest flagship from several retailers, including Amazon UK, John Lewis, Carphone Warehouse, Data Select, and, of course, OnePlus itself.

Also out of the window is OnePlus’ exclusivity arrangement with O2. Vodafone and EE are now also offering the OnePlus 6T too, and it appears that Three will join the party at some point in the New Year.

We’ve already had to chance to get to grips with the OnePlus 6T, and we awarded it 4.5/5 in our review.

“While you could say that OnePlus has made some sacrifices in developing the OnePlus 6T, they all seem rather subjective. Sure it’s a slightly bigger, thicker, heavier phone than the 6 but if that means a bigger battery with better longevity is it really a loss?,” our review reads.

“The headphone jack’s absence is annoying for some but the phone comes with an adapter and the in-display fingerprint sensor might not have fit in the same footprint otherwise. The base price has been upped from £469 to £499 but you actually get twice the internal storage for less than what you would have paid for the same configuration on the OnePlus 6.”

It’s not a huge step up from the OnePlus 6, but if you use a OnePlus 5 or a Oneplus 5T, it’s definitely well worth considering.

The biggest disappointment is the camera, which is good, but not on the same level as those that feature on the likes of the Samsung Galaxy Note 9 and Google Pixel 3.

In the UK, the OnePlus 6T handset is currently only available in Midnight Black and Mirror Black. The Thunder Purple model is, unfortunately, exclusive to China right now.

The brand new OnePlus 6T with 6GB of RAM and 128GB of storage. 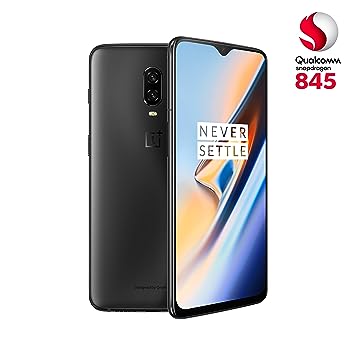 Also available in a version with 8GB of RAM.

Are you planning to buy the OnePlus 6T? Let us know on Twitter @TrustedReviews.