The OnePlus TV and Xiaomi Mi TV are two outsider smart TVs. They don’t come from the usual names and are out to shake up the usual list of companies you might buy a set from.

Both use Android TV, so provide features like Chromecast and Google Assistant. Early indications suggest they may cost less than similar alternatives from a company like Samsung, too.

But which one should you keep an eye on? The answer’s simple: the Xiaomi Mi TV range is for budget buyers while the OnePlus Q1 TV seems to promise high-end performance at a reasonable price, just like OnePlus’s phones.

Xiaomi has been releasing TVs in China since 2013 and the sets are starting to spread across the globe, much like the brand’s phones. You can now buy the 43-inch and 55-inch Xiaomi Mi TV 4 sets from Amazon Germany, and the latest range was announced on September 24.

The Xiaomi Mi Full Screen TV Pro is available in 43-inch, 55-inch and 65-inch variants, which are expected to go on sale imminently.

However, it’s not yet known where they will be sold outside China. 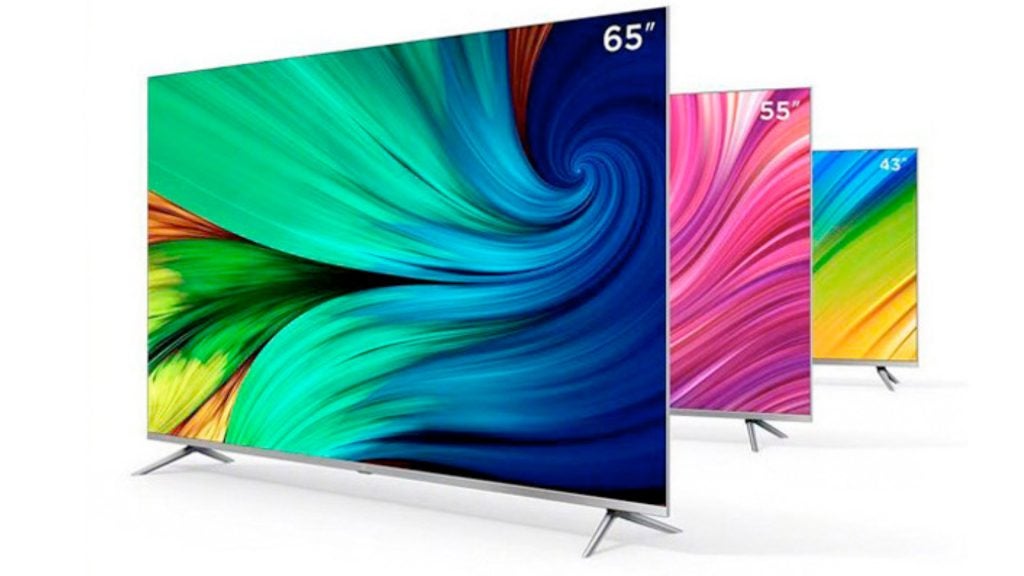 The OnePlus TV is potentially a much more dramatic release for us Westerners. It was announced at an event in India on September 26 and, while OnePlus is a Chinese company, it has sold its gadgets outside China since it launched.

Sales of the TV start in India on September 28, with a UK launch of the OnePlus 7T, a phone announced alongside the set, scheduled for October 10. We will probably find out then if the OnePlus TV is coming to the UK – hopefully.

The wide gap in pricing between OnePlus and Xiaomi TVs tells you they are aimed at different users.

The European prices of the slightly older Xiaomi Mi TV 4S tell us to expect higher rates if the sets make it to other countries. But we are still talking about prices equivalent to that of a non-brand supermarket TV.

The OnePlus TV Q1  sets are significantly more expensive. OnePlus has only announced prices for India so far, but they give us an idea of what to expect. 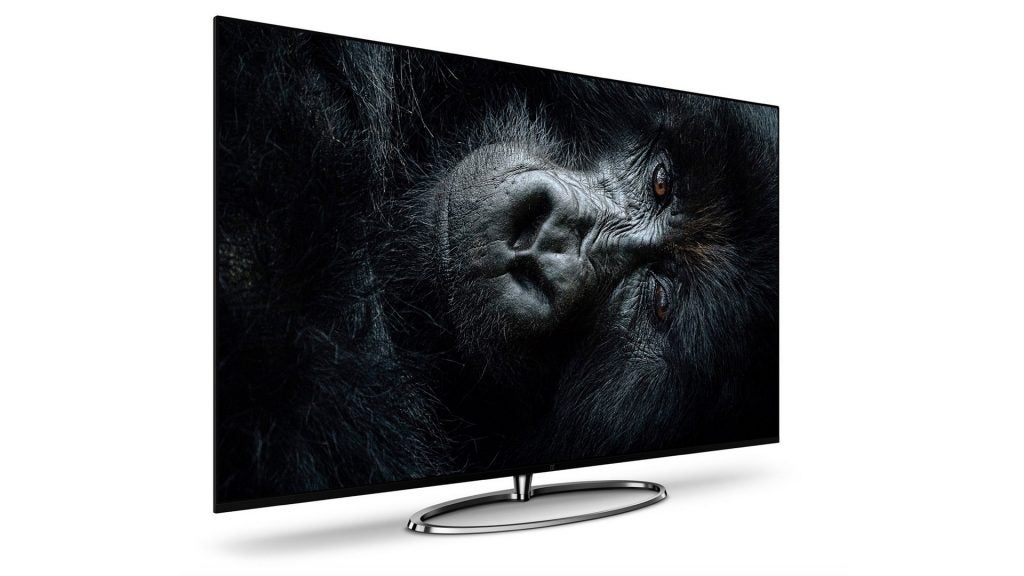 A quick look at the OnePlus TV specs tells you why there’s such a difference in pricing between the two companies.

Xiaomi TVs use fairly standard LED-lit LCD panels. Still, it said its last range used some of the “best panels from Samsung and LG”, so you may well find the same core component in other more expensive TVs.

However, the OnePlus TV models use QLED panels, seen in Samsung’s higher-end sets. QLED panels are still fundamentally LCDs, but the line was devised to compete with LG’s hugely popular OLED panels after Samsung’s own OLED TV range effectively disappeared more than half a decade ago, after the Samsung KE55S9C.

A OnePlus TV Q1 will almost certainly offer much greater brightness, deeper blacks, richer colour and, by extension, better contrast than Xiaomi’s. Both of these TV ranges should appeal to people out for a deal, but where Xiaomi wants to satisfy the true mass-market buyer, OnePlus has its eye on the enthusiast.

Related: OnePlus TV – price, specs, release date and everything else we know 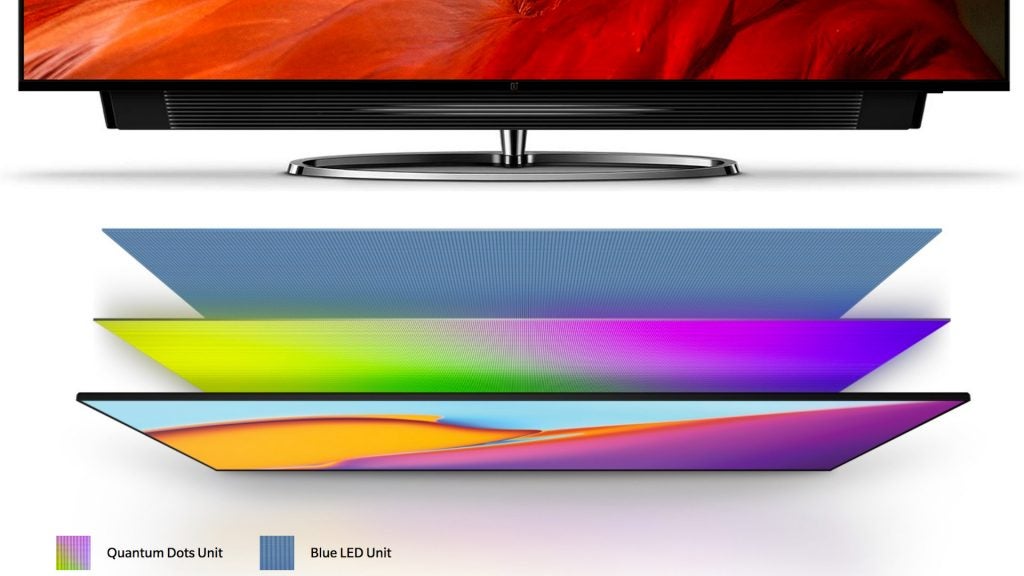 In this sense, this mirrors their phone strategies. While Xiaomi now makes a lot of high-end phones, there are many solid, cheap ones in its line-up too. OnePlus makes good-value phones, but not cheap ones.

As enthusiasts ourselves, you might guess the OnePlus TV instantly seems more interesting to us.

All of these TVs have 4K panels. While you might see the term “8K” thrown about in discussions of the Xiaomi Mi TV Pro, this simply means it can handle an 8K signal, and then downscale it to 4K.

Xiaomi does offer a wider range of models, though. There are 43-inch, 55-inch and 65-inch Xiaomi Mi TV Pro sets. OnePlus will sell just two TVs for now, and both have a 55-inch screen. While 65 inches is the preferred size for North Americans, the rest of us tend to favour something a little smaller (and a 55-inch TV is hardly tiny to most eyes).

Once again, this mirrors the companies’ phone strategies. Xiaomi tries to hit a bunch of bases, OnePlus just a particularly important segment or two. Unsurprisingly, both TV ranges have very slim screen surrounds. It’s why you’ll sometimes see the Xiaomi Mi TV Pro referred to as a “full-screen” TV, but there does not seem to be a huge difference in border size between the Xiaomi and OnePlus sets.

It moves out of the case using a motorised mechanism, a process that reportedly takes seven seconds: long enough to look neat, not so long you get annoyed. There are four mid-range drivers on the front, two tweeters, and two 10W bass drivers on the back.

This soundbar is a natty addition, the kind you might see on an incredibly expensive Bang & Olufsen set. However, it still needs to sound good to justify what is likely to be a £500 price hike over the standard edition. Already have a surround system? You are probably better off saving your money and buying the cheaper OnePlus TV Q1.

Both OnePlus sets also have a couple of important audio-visual standards, and support HDR and Dolby. But Dolby has many flavours.

The OnePlus TV gets Dolby Vision and, surprisingly, HDR10+, both of which are a high-quality for HDR than the vanilla HDR10 codec. Xiaomi’s TVs support Dolby Digital. In the case of TV speakers this is a stereo standard that simply optimises the output to make the most of the abilities of a pair of limited drivers. 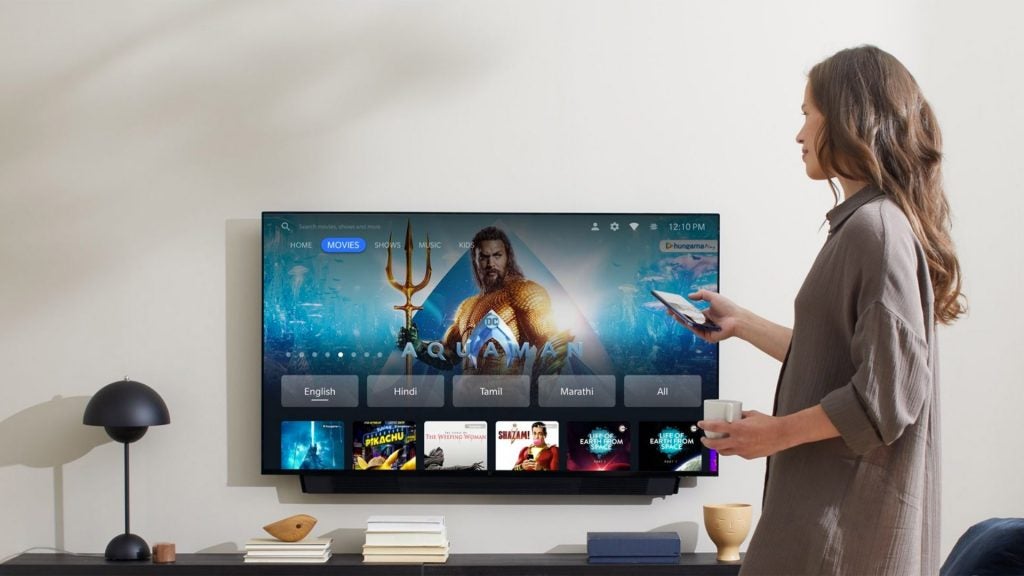 Both companies’ TVs use Android TV as their interface, and both have a custom interface to add a bit of manufacturer sauce to Google’s TV front-end. Xiaomi’s is called Mi Patchwall, OnePlus’s is Oxygen Play. However, we’ll have to see how these stack up when we get them in for review.

Each TV has a remote with a mic for interacting with Google Assistant. OnePlus also sells a TV attachment called Farfield, which is a little mic box that sits behind the panel to listen to commands, if the remote gets lodged between sofa cushions, never to be seen again.

The OnePlus TV series is clearly of more interest to TV enthusiasts than Xiaomi’s Mi TV range. The sets use Samsung’s well-regarded QLED panels with Quantum Dot tech, and we are more likely to see them arrive in Europe.

We hope they arrive, and arrive soon. If exchange rate issues don’t see their prices sky-rocket too high, they could be some of the best ways to enjoy a great quality QLED TV experience with spending too much. And OnePlus’s Pro TV has a motorised soundbar that may provide one of the slickest soundbar implementations we’ve seen at the price.

And Xiaomi’s TVs? They may not get your pulse racing, but could provide a great alternative to low-cost TVs from companies who effectively outsource the production of their low-end models. This is more common than you might think.