OnePlus has begun to greatly expand its smartphone range in 2020 and it looks like the company already has its next steps in mind. A new OnePlus Nord SE could give the impressive mid-range phone a neat boost.

OnePlus has been on a tear this year when it comes to phone releases, from the original OnePlus Nord, a cheaper OnePlus Nord N10 5G, the refreshed flagship OnePlus 8T and even more.

OnePlus Nord is still fairly fresh from its packaging but new rumours are pointing towards a special edition of the device on the horizon. While it doesn’t break the mould, it certainly looks like it could be a pleasing refresh – akin to the “T” models of its flagship line. 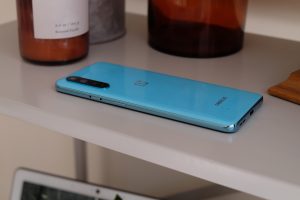 The pricing for the upcoming OnePlus Nord SE is currently an unknown quantity. The regular Nord costs £379, so we’d expect a price bump up to £399-£449 for an improved model. However, this remains unconfirmed.

The key reporting on the new OnePlus Nord SE comes courtesy of Android Central, who state they expect to see the new OnePlus phone launched not long after the expected OnePlus 9 release date of March 2021.

Like the Nord, it is looking like new device won’t be coming to the US. Instead, you’ll only be able to get the special edition Nord in Europe and India.

The Nord SE is set to be pretty similar to its predecessor except with two notable battery-related boosts.

The new OnePlus device is expected to come with a 4500mAh battery, up from 4115mAh on the regular Nord, and rapid Warp Charge 65 wired charging, up from 30W.

The changes aren’t huge but for those who may have been disappointed not to see the flagship charging tech of OnePlus on the Nord will have their prayers answered, while the same goes for those let down by its battery life.

Aside from those updated specs, the Nord SE will feature a Full HD AMOLED display and Snapdragon 765G chip. We’ll have to wait on further emerging information for the full lowdown on camera, design and other internal specs for the upcoming phone.