There are lots of similarities with the duo of new OnePlus 8 phones. They are both powered by the Snapdragon 865, both have 5G support and come with either 8 or 12GB RAM. You’ll also find the same version of Oxygen OS 10.5 installed on both phones.

However, that’s not to say the ‘Pro’ model doesn’t earn its fancy name. Here are six big difference between the two devices.

1. The Pro has all the best screen features, even if most of the specs are the same

A lot of the hype OnePlus tried to create in the run-up to the launch of the 8 series was around the display. Most of these highly anticipated features are only available on the Pro model, though.

While the numbers are different, we’re still big fans of the display on the regular OnePlus 8 and the difference between a 90Hz and 120Hz display is far less noticeable than between 60Hz and 90Hz. We also tend to keep the OnePlus 8 Pro set to FHD+, as it helps stretch the battery further.

2. You get wireless charging on the Pro, but the OnePlus 8 still has very fast charging

OnePlus confirmed the OnePlus 8 series would get wireless charging before launch – but in truth, it’s only the Pro model that benefits from the addition.

With the Pro, you get wireless charging up to 30w if you’re using the brand’s own Warp 30 Wireless Charger, or up to 10w with a standard Qi charger.

There’s no wireless charging on the OnePlus 8; however, this can still be charged very quickly with the included 30w charger.

3. OnePlus finally adds an official IP68 rating – but only, you guessed it, with the Pro

Along with the Qi wireless charging, another big feature many have asked OnePlus to add over the years has been an official IP rating. And with the Pro, that’s the case as its the first OnePlus phone to pack to be IP68 certified.

This feature is lacking on the standard 8, which retains the same water protection as previous OnePlus devices.

4. The OnePlus 8 feels so much nicer to hold and use

Even though both phones have a curved display and neither is really what we’d call compact, the standard 8 isn’t quite as tall as the Pro and as a result, feels nicer to hold. The overall smaller nature means the curves aren’t quite so obvious, and they don’t dig into our hands quite so much.

Both phones come in Glacial Green and a glossy grey, while neither pack a headphone jack.

5. The Pro model adds a ‘Photochromatic’ sensor on the back and generally better camera smarts

Arguably the most significant difference between the two variants is in the capabilities of the camera.

Let’s have a look at the Pro camera specs first:

And now the standard OnePlus 8:

While both have a 48-megapixel primary sensor, the Pro models use the newer IM689 Sony sensor which we’ve found to provide a better overall image. 4K video looks a lot sharper on the Pro.

For all that extra tech, the OnePlus 8 Pro costs a fair bit more than its sibling:

Both phones will be available starting on April 21.

Order the all new OnePlus 8 for less than £600. Or put a bundle together with your choice of accessories and save up to 20%.

Get all the data you could need in this juicy unlimited Three plan to binge and update, and receive a free pair of Bullets Wireless Z headphones with an upfront cost of just £29.

OnePlus 8 on Three - 12GB of Data, Unlimited Minutes and Texts

If you're looking to keep the price down and don't see the need for a huge dose of data, this 12GB plan will more than see you through from month to month. Pay just £29 upfront.

Powered by Trusted Reviews
About our deals
We continually check thousands of prices to show you the best deals. If you buy a product through our site we will earn a small commission from the retailer – a sort of automated referral fee – but our reviewers are always kept separate from this process. You can read more about how we make money in our Ethics Policy. 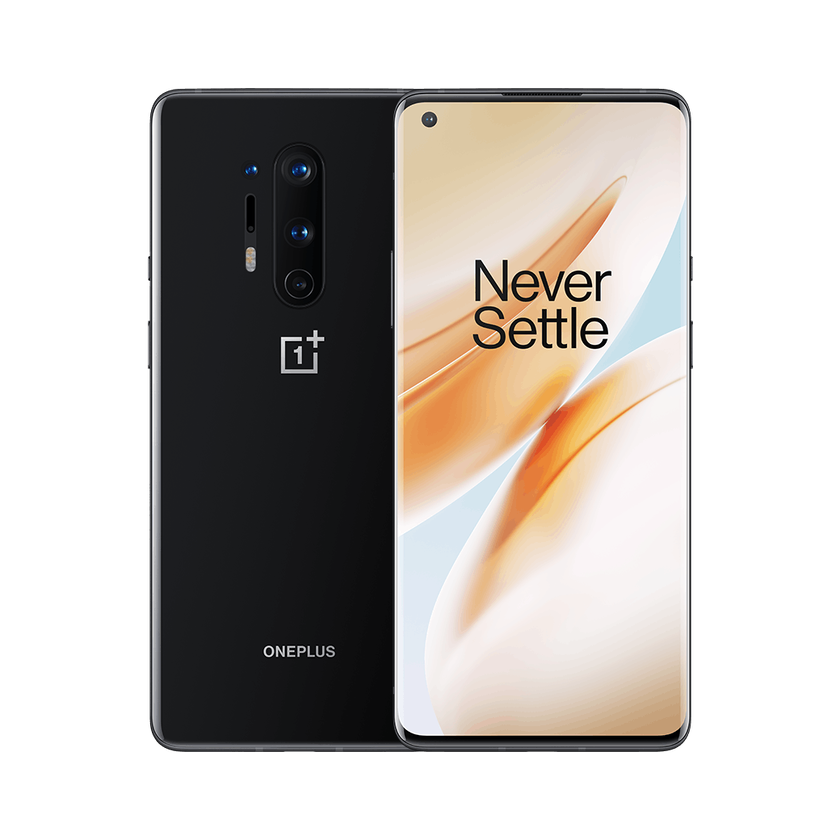 Order the OnePlus 8 Pro here for just £799 outright. You can also put together a bundle of your choice and save up to 20% on accessories. When it comes to paying for the OnePlus 8 Pro, really you should go all out with an unlimited plan, allowing you to make the most of its gorgeously large screen and other premium features.

With a more premium handset comes cost, so keep things more affordable with this fantastic 12GB plan that will easily see you through the months.