The latest batch of OnePlus phones are out in the wild and, of course, that means our attention is now turning to the brand’s classic mid-cycle refresh – the OnePlus 7T.

The OnePlus 7 and OnePlus 7 Pro are two of the best android phones (we’d go as far as saying two of the best phones) available right now. With the Pro, OnePlus stepped out of its affordable comfort zone and went full-force into crafting a proper flagship that could take on the Samsung Galaxy S10, Huawei P30 Pro and iPhone XS.

In recent years OnePlus has started a twice-yearly upgrade cycle. We get the main phone in the summer and an updated, tweaked ‘T’ model later in the year. We’d expect to see the OnePlus 7T come out around the time of the Pixel 4 and iPhone 11 – if it is actually a thing.

So, with that in mind let’s take a look at how the next OnePlus flagship could improve on the already excellent OnePlus 7 Pro.

1. A smaller footprint to make it more manageable

Our primary criticism of the OnePlus 7 Pro was the sheer size of the thing. With its hulking 6.7-inch screen, it remains one of the biggest phablets around and is simply too big for many people’s hands. OnePlus might simply say there’s the regular OnePlus 7 for those who want a smaller phone, but that sacrifices the best features, like the 90Hz panel.

Really, what we’d like the most is for the OnePlus 7T to shrink the display slightly to 6.4-inches. That’s still big enough for most and it’ll make it easier to hold.

2. A camera worthy of the price

This is a common criticism of OnePlus phones and it remains a valid reason not to buy the OnePlus 7 Pro. Yes, the cameras are the most competitive they’ve ever been on a OnePlus, but this phone costs £799 – more than any OnePlus device before it.

The tech is all here. The OnePlus 7 Pro has three sensors with lots of megapixels and focal lengths, yet the pictures lack the quality of similarly priced phones like the Samsung Galaxy S10e or even the Xiaomi Mi 9.

It’s fair to say the Pro camera has improved since release, receiving multiple OTA updates to give a better overall picture. But it still feels like it could be much better. Now OnePlus has shipped a phone with a stunning design and the best software around, it needs to fully focus on the camera for the OnePlus 7T. 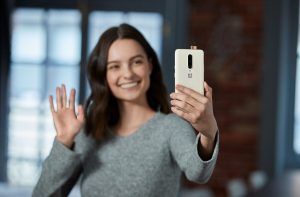 A constant request for the next OnePlus phone is wireless Qi charging and it still remains missing. The reasoning seems to be that the brand’s Warp Charge is so fast that wireless charging simply couldn’t compete, and while that’s fair it pretty much misses the whole point of the tech: convenience.

Popping a phone down on a pad that’s always by your bed, desk and even in your car becomes so natural and always feels like a loss when it’s not there. It might not be as fast as Warp Charge and that’s fine as it’s so much handier when you don’t have a specific cable around.

The OnePlus 7T is the perfect time to add wireless charging. 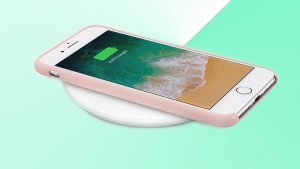 Neither the OnePlus 7 or OnePlus 7 Pro have an official IP rating for water-resistance. That’s fine for the OnePlus 7, however for the £799 Pro it’s an obvious missing feature.

Before the Pro’s release, OnePlus released a video showing the phone dunked in water and claiming it could still survive an aquatic mishap  without breaking. Yet this message is confusing – if you want people to feel comfortable with the phone around water get it IP-rated like everyone else.

So, that’s what we’d like to see. How about you? How could OnePlus take things a step forward with the next flagship? Tweet us @trustedreviews and let us know.