OnePlus 6T vs Pixel 3: More of the same?

The OnePlus 6T meanwhile focuses on improving the company’s design strategy and adding innovative physical features. These include basic things like a smaller notch and larger battery capacity, plus a cool new in-display fingerprint scanner.

With both companies taking such different directions you may justifiably be wondering which is best? Here to help we’ve run the Pixel 3 and OnePlus 6T head-to-head. Read on to find out how they compare.

OnePlus 6T vs Pixel 3 – Which offers the nicer design?

Visually, the transition from last year to this year’s Pixels has been an interesting one. Unlike 2017’s models, both Pixel 3s now sport extended displays and in order to accommodate their new wireless charging feature, we’ve seen a move from metal to glass-backed bodies. Beyond that, both devices offer relatively inoffensive aesthetics, with three basic colour options at launch and the choice of the larger Pixel 3 XL. 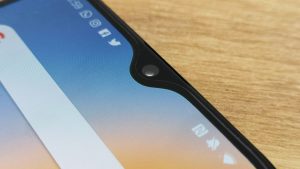 The only real design faux pas is the XL’s unsightly notch, which cuts deep into the top edge of the display to accommodate the phone’s dual front-facing cameras. The 6T is an almost identical size and weight to the Pixel 3 XL but manages to squeeze more display into the same amount of space. This is because it sports a ‘dewdrop’ notch (to steal terminology coined by the Huawei Mate 20) that’s significantly smaller than the Pixel 3 XL’s. It’s arguably the least intrusive notch you can sport before going the way of the Oppo Find X. The standard Pixel 3 packs a thicker bezel above and below its display in order to ditch the notch altogether.

OnePlus had already made the transition from metal-bodied phones to glass-backed handsets with the 6 and the 6T’s form looks to mirror its predecessor (even if it’s technically a touch taller, thicker and heavier). Unlike the Pixel’s offset single snapper placement, the 6T maintains the 6’s centrally aligned dual camera, although the fingerprint sensor that previously sat beneath it is completely gone now.

Tidier aesthetics aside, the 6T does miss out on the Pixel 3’s IP-certified dust and water resistance, along with wireless charging.

OnePlus 6T vs Pixel 3 – Which is the more powerful?

Qualcomm’s Snapdragon 845 has been the processor powering pretty much every 2018 Android phone. It’s what powers both forms of the Pixel 3 and it’s what lies at the heart of the OnePlus 6T. It’s a true powerhouse that’s on the cusp of being replaced, but that doesn’t mean its potency has started to wain just yet.

The Pixels come with a comparatively small 4GB of RAM. The OnePlus starts at 6GB and tops out at a 8GB, meaning more memory for multitasking, faster app load times and more. If you want a phone that’ll last more than a year or two, the hardware inside the OnePlus is more future proof.

On the software side, the playing field is decidedly more even. The Pixels showcase the latest Android release, version 9.0 Pie, in Google’s image. It’s a wonderfully clean and snappy user experience punctuated by a few stand-out features like Active Edge (both phones sport squeezable sides that can be used to summon the Google Assistant). There’s also the wealth of unique camera features tied into the phone’s main snapper.

Night Sight is the biggest talking point and while it hasn’t yet officially hit these phones, based on what we’ve seen from Google and the low-light capabilities are astounding. There’s also portrait mode and a new secondary front-facing wide-angle camera so you can get more scenery or friends in-shot when taking a selfie. 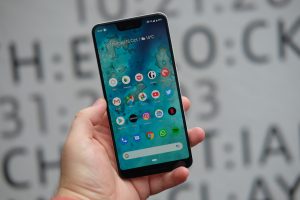 When OnePlus launched the 6, it was proud to confirm that it would also be one of the first companies to bring Android 9.0 to its smartphones – a promise that held true with the 6 and carries across to the 6T, which launches running Pie out the box.

But OnePlus’ OxygenOS overlay breaks away from stock Android in a number of ways but it remains faithful to the core experience while adding in meaningful additions like ‘The Shelf’. There’s also a few handy gestures to quick-launch actions like the flashlight and music controls in ways that can’t be replicated natively on the Pixel 3.

The camera setup remains almost completely unaltered from its predecessor, with a dual 16/20-megapixel main camera that promises low-loss digital zoom, 4K video recording with EIS (electronic image stabilisation) at up to 60 fps and the promise of “industry-leading HDR shots”.

The 6T also loses out to the Pixel 3 on wireless charging, but that doesn’t detract from its excellent Fast Charge technology. Not to mention the fact that it sports a markedly larger battery than either flavour of Pixel, meaning it’s able to dole out up to half a day’s more usage than Google’s latest blowers.

The 6T sports the highest starting price of any of the company’s phones to date costing £499. This rises to £529 for 8GB RAM. That said, it’s still over a couple of hundred quid cheaper than the Pixel and for that, you benefit from a bigger hardware punch overall.

Has OnePlus sacrificed too much with the 6T or does its more powerful hardware render it the better phone when up against Google’s new Pixel 3? Let us know your thoughts on Twitter @TrustedReviews.