One of the advantages of owning the OnePlus 6 (of which there are many) is the rare opportunity to take the Android P for a pre-release test drive.

Today, users enrolled in the Android Beta Program, are receiving the latest version of the Android P developer preview. An update OnePlus is calling ‘developer preview 3’ is rolling out today. However, as Android Police points out, it’s not clear whether this is the DP3 Google refers to or the most recent DP4 that Google pushed out to Pixel devices.

The update can be downloaded in the usual manner from today. Full instructions are available on the OnePlus forums. As always, OnePlus is warning that users take risks when installing developer previews on their smartphones.

In a post on the OnePlus forums, the company writes: “You should understand the risk of BRICKING your phone, read the instructions carefully and be 100% sure of what you are doing, and please always backup your important data before flashing.”

The changelog appears below: 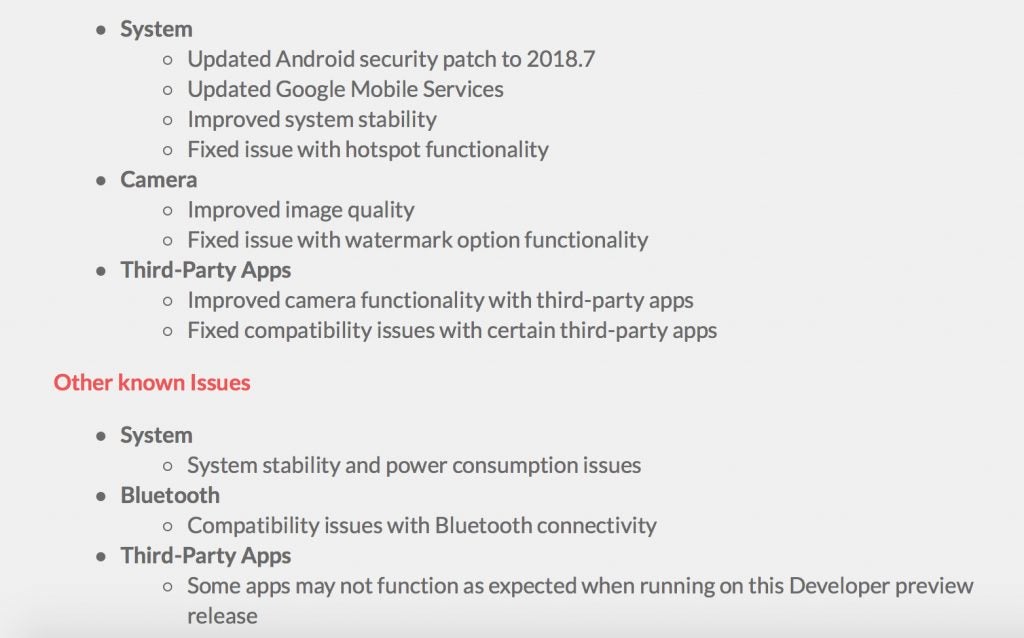 2018 marks the first year Google is inviting users on non-Google branded devices to get in on the action under the Project Treble initiative. This offers a more frictionless approach to updates which Google believes will help ease Android fragmentation.

Other handsets in the program include the Essential Phone, the Nokia 7 Plus, Opportunity R15 Pro, Sony Xperia XZ2, as well as handsets from Xiaomi and Vivo.

The Android P operating system (rumoured to be called Pistachio) is scheduled to arrive on the first phones next month. Recent developer betas have moved closer to what we can expect in the final release. We’ll let you know the moment it drops on the first devices.

Are you happy with the OnePlus 6 purchase? Or do you wish you’d splashed an extra few hundo for features like full waterproofing and wireless charging? Drop us a line @TrustedReviews on Twitter.