OnePlus 5 vs iPhone 7: Trying to choose between a powerhouse Android flagship, or the cream of Apple’s crop? We’ve outlined the key differences between the OnePlus 5 and iPhone 7 to help you make the right choice.

Apple’s iPhone turns 10 years old this year, so it’s no surprise that the new iPhone 7 is a pretty decent handset – albeit for its underwhelming battery life. It looks great, offers slick performance, and has all the software charm we’ve come to expect from Apple over the years.

By contrast, OnePlus didn’t even exist 10 years ago. But ever since the OnePlus One launched back in the heady days of 2014, OnePlus has moved from strength to strength, now counting itself amongst the chief phone makers of our time. Pairing high-end specs with wallet-coddling price points, OnePlus has built a name for itself on the back of affordable flagship handsets – the latest of which is the OnePlus 5.

Here are the key differences between the two phones. 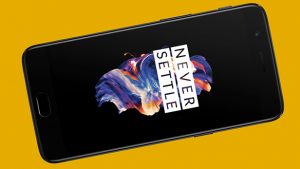 Apple hasn’t changed its phone design much lately, and with good reason: the iPhone 7 is a slick handset that takes all the best bits from the iPhone 6S, and improves on them. Gone are the awkward antenna lines and headphone jack, as Apple aims for aesthetics over utility.

The device is a lightweight 138 grams, and measures just 7.1mm thin, which means it’s amongst the thinnest and lightest flagship smartphones available today. It fits in your pocket with ease, and looks about as inoffensive as a smartphone can, boasting gently curving edges and a camera that only barely protrudes.

One of the big pulling factors for the style-conscious who are considering the iPhone 7 is the wide range of colours on offer this time around. Apple is peddling a record six colours total, including Jet Black, Black, Silver, Gold, Rose Gold, and Red. 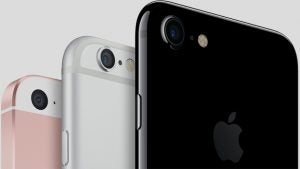 But the OnePlus 5 is also a slick bit of kit, touting a similarly svelte and curvaceous chassis. The phone is heavier at 153 grams, and negligibly thicker at 7.25mm, but that’s probably down to the larger screen – 5.5 inches versus 4.7 inches.

This increased size will probably sit better with phone users who have become accustomed to having more screen real estate. Most phones tread well above five inches these days, so it felt curious to see Apple retaining a smaller form factor.

It’s impossible to say which phone is more attractive, because they look largely similar. The real question simply comes down to how big you like your phones – for some the iPhone will be too small, while others may find the OnePlus 5 to be awkward and cumbersome.

OnePlus 5 vs iPhone 7 Specs: Which phone is more powerful?

When it comes to basic display specifications, the OnePlus 5 wins out. Not only is the display bigger, but it offers a Full HD resolution of 1920 x 1080 pixels. That’s compared to the iPhone 7’s comparatively lowly 1334 x 750 pixels. This means the OnePlus 5 offers a decent 401ppi pixel density, far higher than the 326ppi you’ll get from the iPhone 7. 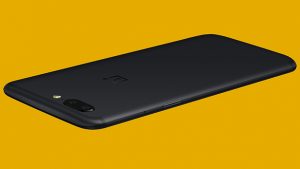 The OnePlus 5 is powered by a Snapdragon 835 processor, which is Qualcomm’s latest and most powerful mobile chipset. It’s an octa-core chip clocked at 2.45GHz, and has featured in other flagships, most notably the critically acclaimed Samsung Galaxy S8.

The iPhone 7, meanwhile, runs Apple’s custom-built A10 Fusion chip, which has four cores and a clock-rate of 2.34GHz. While it’s a nippy chip, we’d expect the OnePlus 5 to be more powerful. That’s because the Snapdragon 835 is built on a highly efficient 10nm manufacturing process, which means more transistors can be squeezed into the same space. Compared to the A10 Fusion’s 16nm process, we’d expect to see significantly higher performance or power efficiency.

OnePlus also wins out on memory and storage, rocking 6GB and 8GB RAM options, and 64GB or 128GB storage options. Apple only offers one 2GB memory configuration with the iPhone 7, but has a wider range of storage variants: 32GB, 128GB, and 256GB. However, Apple’s storage options are all more expensive than the equivalent OnePlus 5 model. 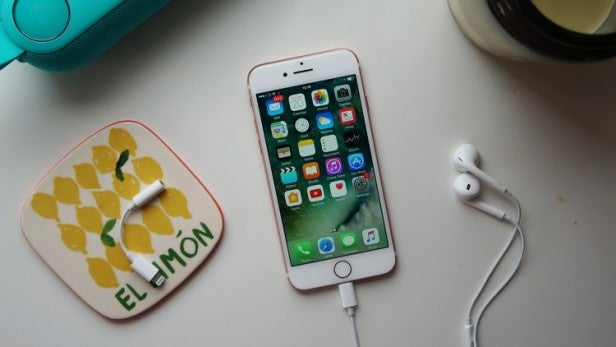 At this point, we should add that although the OnePlus 5 has better processing and memory configurations on paper, it doesn’t necessarily translate to real-world performance. Apple uses custom-designed chips that are built specifically for a select few handsets running bespoke software, which means they are highly optimised. That’s why the iPhone can compete in terms of a fluid user experience, even when an Android phone might look better on paper. So we can’t say for sure which phone will be more powerful until we’ve given the OnePlus 5 a full review.

One of the big upgrades introduced with the OnePlus 5 is a dual-camera module. The rear camera has a main 16-megapixel image sensor with a wide f/1.7 aperture, paired with a telephoto 20-megapixel sensor with a f/2.6 aperture. That’s compared to the iPhone 7’s solo 12-megapixel f/1.8 aperture snapper, which sounds not nearly as impressive. There is a dual-camera available on the iPhone 7 Plus, but you’ll have to fork out more money for that luxury. Similarly, the OnePlus 5’s front camera (16-megapixel, f/2.0) is a winner when set against the iPhone 7’s selfie shooter (12-megapixel, f/2.2). 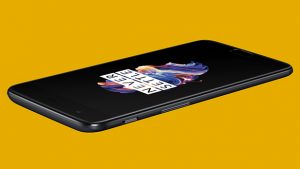 The only other point of interest is that the OnePlus 5 runs on Google’s Android 7.0 Nougat operating system, while Apple offers the iPhone 7 with its own iOS 10 software. Both operating systems are incredibly well-designed and will cater for most of your needs, although there are pros and cons to each of them. Check out our Android Nougat vs iOS 10 article for a full breakdown.

OnePlus 5 vs iPhone 7 Price: Which phone is better value?

As far as pricing goes, it seems that the OnePlus 5 wins out. That’s not a huge surprise, given that OnePlus has built a business on offering phones with decent specifications at attractive price points.

The OnePlus 5 starts at £449, although you can pick up the 8GB RAM/128GB storage model for a heftier £499. But the most basic version of the iPhone 7 (2GB RAM, 32GB storage) will set you back a far heftier £599 – with subsequent models costing significantly more. 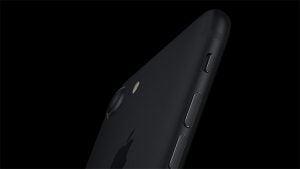 In terms of raw value, it’s hard to knock the OnePlus proposition. The best argument against OnePlus is about customer support, because the company has a chequered history when it comes to offering quality after-sales care. Apple, by comparison, has a longstanding reputation for being very customer-friendly, and has retail stores that are widely available across the UK if you’re in dire need of some tech support.

Both phones are great value in their own way, so you’ll have to decide whether you’re willing to take a chance on quality customer support with OnePlus for a very sizeable cash saving.

Here’s a quick breakdown of the key differences between the two phones.

Design: The OnePlus 5 and iPhone 7 sport very similar designs, although the former is a fair whack bigger than the latter. In any case, both are stylish, so you’ll just have to decide whether you want a 5.5-inch phone or a smaller 4.7-inch model instead. 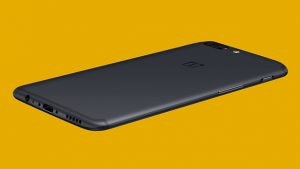 Specs: On paper, the OnePlus 5 trumps the iPhone 7 in almost every category – processing power, battery capacity, and memory configurations. But Apple’s well-known optimisations could mean that the iPhone 7 performs better day-to-day.

Price: The OnePlus 5 starts from £449, while the iPhone 7 will set you back at least £599. However, Apple’s famously efficient customer service could woo tentative customers over to the iPhone, while budget-conscious customers may be lured in by the attractive OnePlus pricing.

Which of these two phones do you prefer? Let us know on Twitter @TrustedReviews.