It’s been a long time coming, but Olympus has finally released a new addition to its mid-range, Micro Four Thirds series – the OM-D E-M5 Mark III.

We’re not exactly short of small, powerful mirrorless cameras for travel and vlogging, but despite arriving later than the Fujifilm X-T30 and Sony A640o, the OM-D E-M5 Mark III manages to carve out a unique niche for itself. 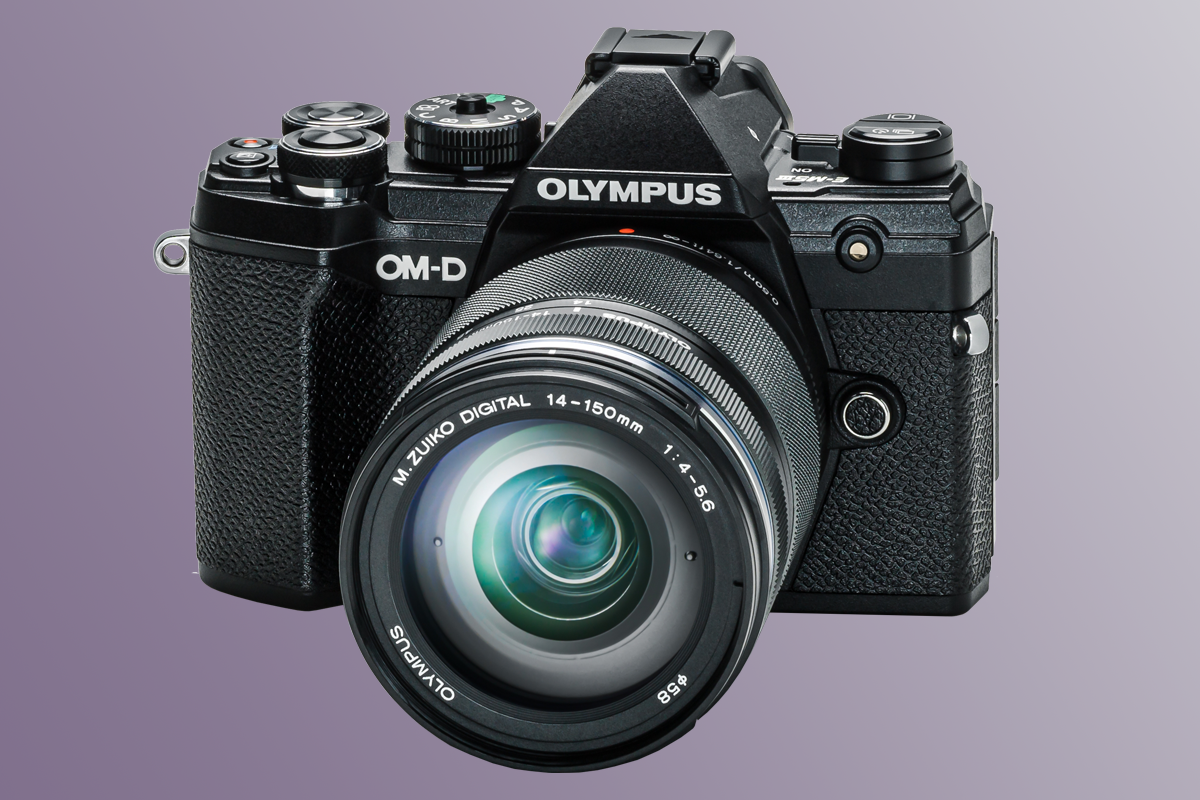 It’s the only camera of this size to combine in-body image stabilisation, an articulated screen and weather-sealing, making it a very promising all-rounder.

Olympus given its shooting powers a much-needed boost, bringing in the 20.4-megapixel sensor from the Olympus OM-D E-M1 Mark II, which brings the more modern phase detect autofocus to the E-M5 series for the first time.

So what else is new on the E-M5 Mark III and when can you snap one up? Here’s everything you need to know.

Olympus OM-D E-M5 Mark III price and release date – When is it out and how much will it cost?

The OM-D E-M5 Mark III will cost £1,099.99 (body only) when it becomes available in mid-November in both silver and black versions.

These prices may all seem a bit higher than your average mid-range mirrorless camera, with the Fujifilm X-T30 (which has a larger APS-C sensor) costing £849 for the body only, and Panasonic G90 available for £899.

But the former doesn’t have in-body image stabilisation and the OM-D E-M5 Mark III matches the G90’s all-rounder feature list, which includes weather-sealing, a new OLED EVF and an articulating screen that’s particularly handy for video.

It’s also worth bearing in mind that Micro Four Thirds system offers the biggest range of lenses around, so there are some great budget options from the likes of Sigma, Samyang and Panasonic, as well as Olympus itself.

Olympus OM-D E-M5 Mark III specs – What new features does it have?

The E-M5 Mark III might look a lot like its similarly retro predecessor, but there are wholesale changes inside its body. Along with improved autofocus, Olympus has updated the in-body image stabilisation. Thanks to the new TruePic VIII image processor, it can apparently now provide 5.5 stops of compensation.

This means that, when you’re taking handheld shots, you can use longer shutter speeds to keep your ISO down and preserve image quality, which helps counteract the limitations of the E-M5 Mark III’s comparatively small Micro Four Thirds sensor.

While the viewfinder has the same resolution as the E-M5 Mark II, it’s now an OLED panel to improved brightness and contrast. The camera is also a little lighter than before at 366g, thanks to a new body material (which is apparently still as robust as before) and smaller battery. There’s good news on the video front too. The E-M5 Mark III can shoot 4K video at 30fps (in either UHD or the wider C4K format), and has a new 120fps mode when shooting Full HD. We’re looking forward to trying this out with the camera’s combination of a new autofocus system and IBIS, which should theoretically make it a dream vlogging sidekick.

An added bonus for this is the inclusion of a microphone jack, although there’s no headphone jack and the E-M5 Mark III isn’t compatible with the HLD-8G grip that helped add this feature to its predecessor.

While Olympus’ flagship E-M1X still has the edge when it comes to pro-friendly shooting modes, the E-M5 Mark III does inherit a few watered down versions of these to bolster its versatility.

Along with the existing Focus Bracketing and Focus Stacking for close-ups, it has Pro Capture (which starts a burst of up to 14 shots when you half-press the shutter) and High-Res Shot, which lets you create a 50-megapixel composite photo, as long as it’s on a tripod.

Olympus OM-D E-M5 Mark III design – What does it look like and what’s changed from the Mark II?

The E-M5 Mark III continues the series’ retro looks, but makes a few welcome tweaks to the formula.

It’s lighter than its predecessor, thanks to a new body material and smaller battery, though the latter still serves up around 310 shots per charge (about par for a camera of this size). The E-M5 Mark III is similar in size and weight to the Fujifilm X-T30, while managing to pack in both IBIS and weather-sealing. 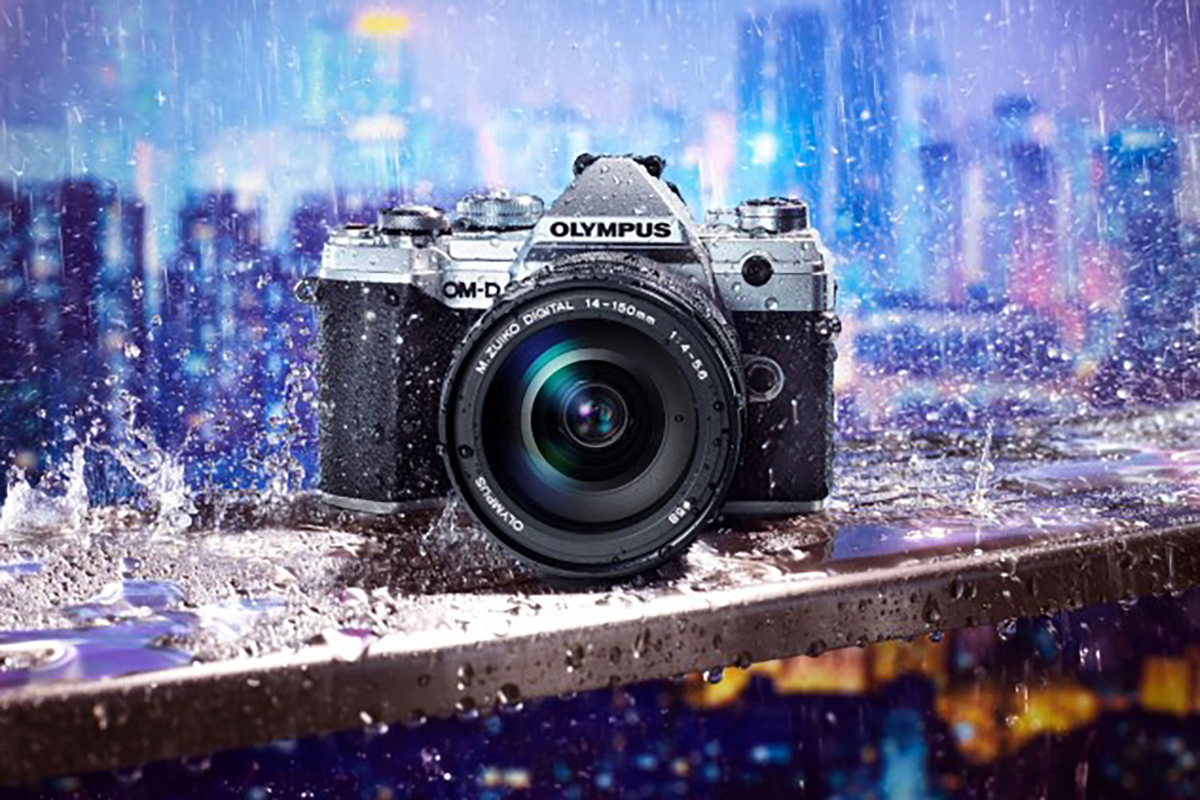 The camera’s grip and thumb rest are marginally bigger for improved handling, though it’s not in the same league as the Nikon Z50 in this department. One thing it does have over the competition, though, are its large, tactile dials, and Olympus has boosted the E-M5 Mark III’s manual controls further with a new button the left side of the top plate that lets you quickly change the autofocus and drive modes.

It also retains the fully articulating screen from the Mark II, which is particularly useful for vlogging and unusual on a camera of this size.

Overall, the OM-D E-M5 Mark III is a handsome little camera that rivals the Fujifilm X-T30 for retro style.

It might be a little late to the mid-range mirrorless camera party, but the OM-D E-M5 Mark III is a very promising little camera for travel photography and vlogging.

In our hands-on first look, we said: “It’s hard to argue with the E-M5 Mark III’s combination of features and portability – no other camera of this size offers the same mix of in-body image stabilisation, an articulating screen and weather-sealing.”

That new sensor and processor should also help improve low light performance, which has been the traditional achilles heel of Micro Four Thirds cameras, which have smaller sensors than APS-C models like the Fujifilm X-T30 and Sony A6400.

We’ll bring you our final verdict on how it stacks up next to those cameras in our full review before it hits the shelves in mid-November.