What is the Olympus OM-D E-M1X?

The Olympus OM-D E-M1X is a camera that goes against current camera trends. Instead of trying to fit larger sensors in smaller bodies, Olympus will continue to use a relatively small Micro Four Thirds sensor, but fit it into a very large frame.

Why? The Olympus OM-D E-M1X is modelled after the kind of camera a professional sports photographer might use. It should allow a huge number of shots to be taken before the batteries need replacing, and be a good ergonomic fit for Olympus’s high-spec telephoto lenses.

It’s not for casual photographers or those who want something small and light for holidays and street photography. But it certainly is different.

Olympus OM-D E-M1X release date: when will it be announced and how much will it cost?

The Olympus OM-D E-M1X was rumoured in 2018, but Olympus posted an official teaser trailer on January 3 2019. It’s a short 18-second clip that makes sure the camera is out of focus in any close-ups, but does tell us some important facts.

The video ends with a teaser date of “24 January”, suggesting the Olympus OM-D E-M1X will be officially announced on that date. It’s also rumoured to go on sale in February 2019. 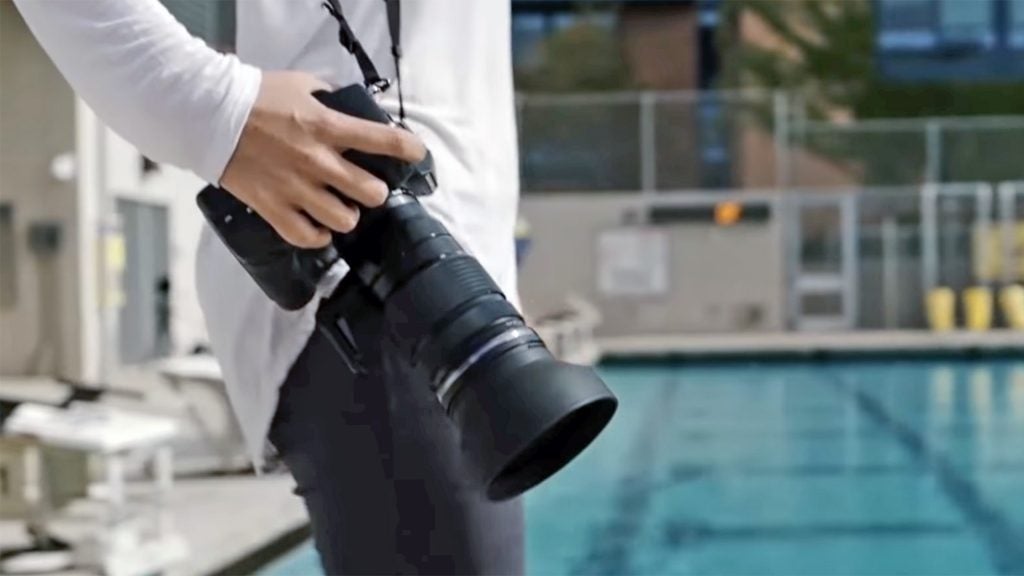 Olympus OM-D E-M1X design: What will it look like?

The most dramatic, and unusual, Olympus OM-D E-M1X element is its design. It has a built-in grip, intended to increase stability and battery life. Other models that use one include the Canon EOS 1D X Mark II and Nikon D5.

These are huge cameras that, to many, will seem comically ungainly. And, sure enough, rumoured dimensions suggest the Olympus OM-D E-M1X is much larger than the E-M1 Mark II, both in width and height. And thickness. 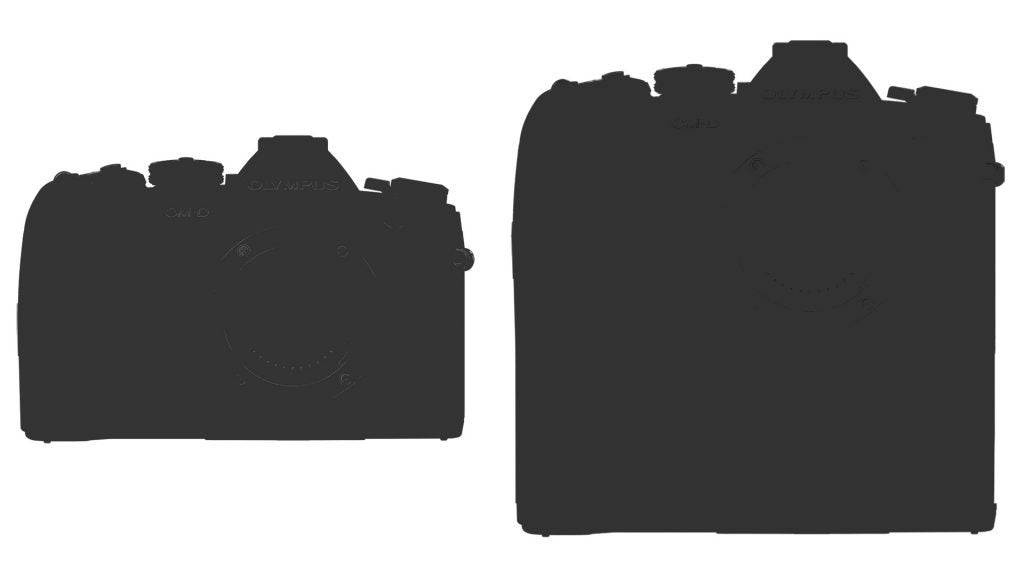 The M1 X (right) and M1 II (left), based on reported dimensions

However, at 144 x 146 x 75mm it will still be 10-20 per cent smaller in each dimension than the Nikon D5. The eyes of pros and amateurs like us will perceive the Olympus OM-D E-M1X quite differently.

As the teaser video suggests, this kind of shape and size should make the new camera feel more at home with some of Olympus’s largest MFT lenses. From a quick visual analysis, for example, one of the lenses used in the video appears to be the Olympus 40-150mm f/2.8 PRO ED, which weighs 760g without a tripod adapter. On a tiny MFT camera, it would feel unbalanced, almost silly.

The Olympus OM-D E-M1X will be extremely chunky for a camera with a relatively small sensor. This puts more focus on the weather sealing. And Olympus not-so-subtly suggests this is a priority, by featuring swimmers in the teaser trailer.

Of course, camera makers tend to describe their bodies as either “weather sealed” or not, along with fairly vague promises of water resistance, shock-proofing and operating temperature ranges. More formal categories are not commonly used, in part because a camera is only as water resistant as the seal between lens and sensor cavity. We have high expectations for the Olympus OM-D E-M1X’s weather sealing, though. 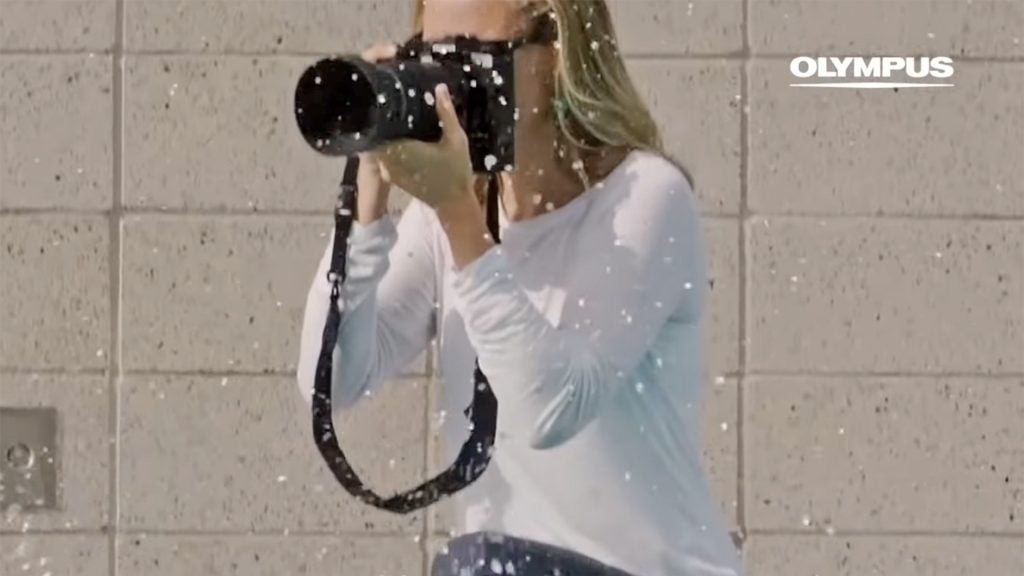 Olympus OM-D E-M1X Features: What sensor and specs will it have?

Olympus will likely reveal all OM-D E-M1X details on January 24 2019, but several of the most have been rumoured or leaked. First, it is expected to have a 20-megapixel Micro Four Thirds sensor, the same resolution and size as the Olympus E-M1 Mark II.

However, given two years have passed since the last model, we expect to see a new sensor chip used. It will also have two TruePic VIII processors, instead of the one in the E-M1 II.

This will give it, theoretically, twice the power of the older model. But don’t expect a 100 per cent improvement in burst shooting. Reports indicate burst shooting using the mechanical shutter will go from 15fps to 18fps, or much higher using the electronic shutter.

The E-M1 Mark II can already shoot at up to 60fps (with AF locked, electronic shutter), but this does cause some rolling shutter distortion with objects in motion. This is another issue Olympus should be able to address, at least partially, in the OM-D E-M1X. That the shutter is not fully electronic suggests Olympus still sees benefits to keeping the mechanical one, which of course makes sense in a “pro” sport camera. 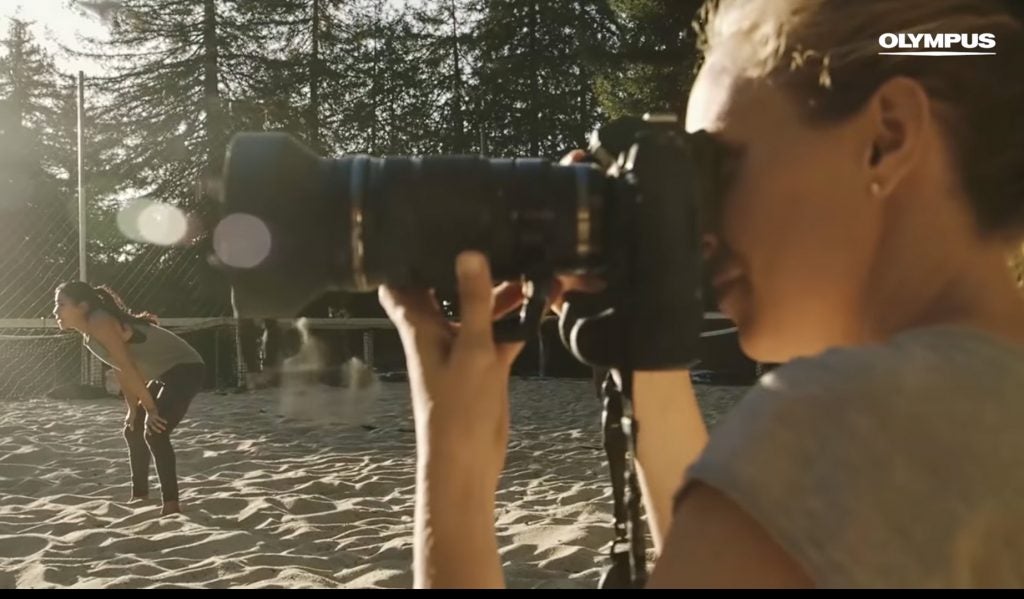 The Olympus OM-D E-M1X is likely to have an electronic neutral density filter, used to reduce the amount of light that reaches the sensor, so you can shoot at slower shutter speeds in bright sunlight. It will also have a “high resolution” mode that you can use at 1/60 second exposures, resulting in up to 80-megapixel images.

This uses the in-camera stabilisation to fractionally move the sensor, in order to emulate the effect of more sensor pixels, after multiple exposures are merged. The Olympus OM-D EM1 Mark II already has this mode, though, so don’t get too excited.

Autofocus may be upgraded too, and Olympus may even be bold enough to label it with one of last year’s hot words, “AI” or artificial intelligence. What this will mean in practice is better focus tracking of moving objects, and improved recognition of what the object is, using that information to prioritise certain focal points.

For sports and action photographers, this could all be rather useful.

Olympus OM-D E-M1X Video: What video features will it have?

Almost none of the Olympus OM-D E-M1X leaks and rumours have tackled video specifically. However, there is one “hole” in the OM-D EM1 Mark II feature line-up waiting to be filled.

We hope to see the ceiling lifted to 60fps, as Panasonic did in its Micro Four Thirds Panasonic GH5 in early 2017. Anything else would seem odd.

Olympus is also expected to improve its widely celebrated optical image stabilisation, with efficacy equivalent to 7.5 stops to the OM-D EM1 Mark II’s 5.5 stops (6.5 with some lenses). This, obviously, means even smoother handheld footage. 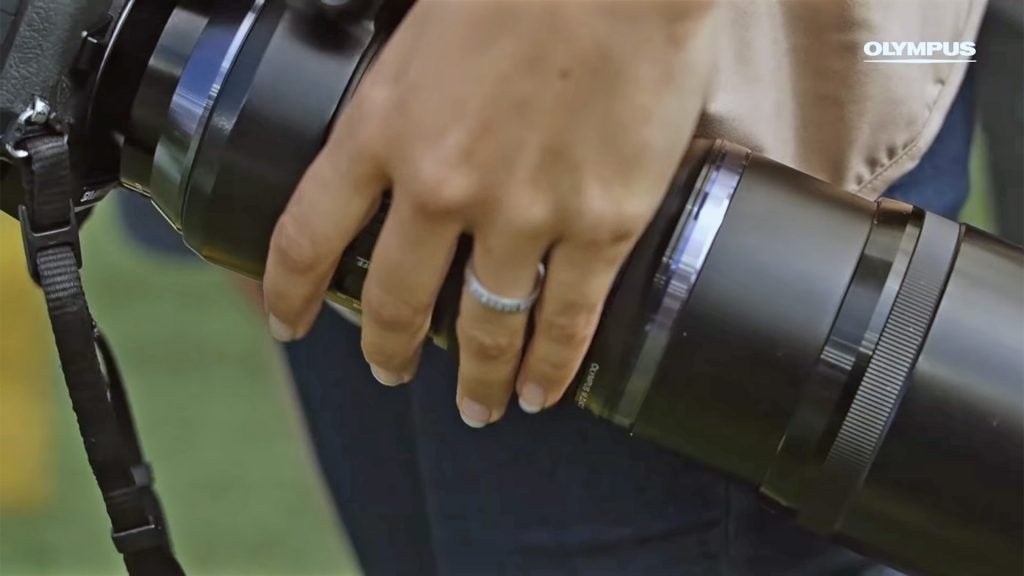 The Olympus OM-D E-M1X is an unusual camera that, for casual photographers, won’t have a massive immediate appeal. We love our MFT and APS-C mirrorless cameras because they’re fairly easy to carry around, pretty affordable, and their image quality is great.

This camera trades away portability, but for what? An incredibly fast manual shutter, extended battery life and chunky build have a specific appeal. But it’s one for pros who might otherwise consider the Canon EOS 1D-X Mark II.

Here things start to get crunchy. Considering the big leaps forward in mirrorless focusing performance and burst speed of the last few years, more of the draw of a “Pro” camera seems to rely on its status as such. And are those after a Pro look and feel likely to be happy with a Micro Four Thirds sensor? It’s not a question of capability, but something just as important for Olympus’s prospects.