As the under-appreciated Wii U edges closer to the end of its life cycle, Nintendo is bringing one the N64’s most beloved games to the Virtual Console.

From today, Wii U owners will be able to download Mario Kart 64, perhaps the most esteemed title in the storied racing franchise.

The arrival of Mario Kart 64 gives Wii U owners the opportunity to compare the 1996 title with 2013’s Mario Kart 8 without whipping out their old Nintendo 64 console.

Wii U owners will also be able to play on the Wii U’s GamePad for the first time. 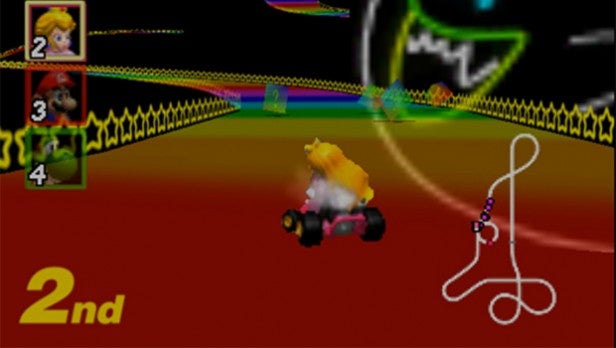 Speaking of the handheld console, Nintendo has taken a step towards fighting piracy by issuing a takedown notice to the owner of the Freeshop software.

The homebrew software is designed to allow 3DS users to download titles they already own. However, it has been abused by the mass sharing of titlekeys online.

“This repository is currently disabled due to a DMCA takedown notice. We have disabled public access to the repository,” reads the DCMA notice on the Freeshop’s Github page.

Will this launch be enough to bring your Wii U out from hibernation? Share your thoughts in the comments below.