The Oculus Quest 2 has been revealed, and it’s a doozy of a VR headset. But how does it differ to the original?

We’ve put together this Oculus Quest 2 vs Oculus Quest guide to go through the major differences. If you’re looking to buy your very first Quest, then the new sequel is the obvious choice to go for. Not only is it more powerful, but it’s also £100 cheaper.

But, for those that own the first gen’, does the Quest 2 offer enough of a performance jump to justify an upgrade? That’s not an easy question to answer, and will be mostly dependent on how fussy you are with pixel counts and refresh rates.

Despite being the superior VR headset, the Oculus Quest 2 is actually £100 cheaper than its predecessor, with a starting price of £299. There’s also a £399 model which upgrades the storage capacity from 64GB to 256GB.

The standard Oculus Quest has a starting price of £399, despite only featuring 64GB storage, worse internals and a lower resolution. This means there’s absolutely no reason to buy the old Quest over the sequel at retail price, with Oculus confirming that it is looking to discontinue the original headset in the near future.

That said, the original Quest may well be available to buy pre-owned from the likes of eBay in the near future, as people replace it with the newer model. Just make sure the price is well under £299, otherwise it’s not worth the investment. 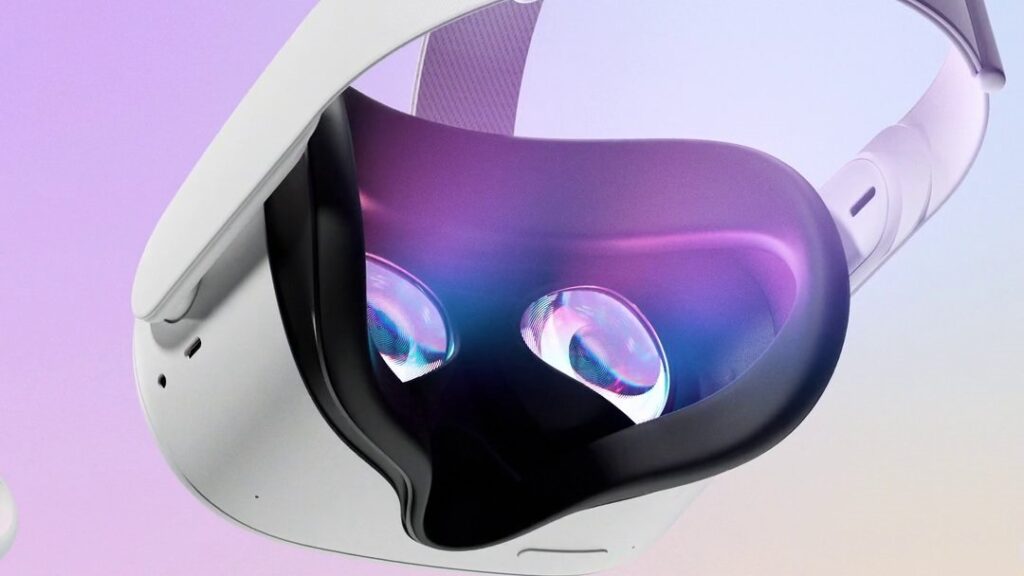 The difference in performance doesn’t mean the Quest 2 can run more advanced games however, as both headsets share the exact same library. Instead, the Quest 2 can render additional pixels for better looking visuals thanks to the improved screen resolution.

The Quest 2 also features a 90Hz refresh rate, allowing smoother motion than the original headset’s 72Hz panel. The new headset will be locked at 72fps at launch, but an update is confirmed to arrive in the future to allow developers to upgrade the performance to 90fps.

The Quest 2 also has a more generous configuration option, with a whopping 256GB storage capacity, which is double the previous 128GB limit. The base model still only features 64GB of storage capacity, but you can still comfortably fit over 20 games on the headset.

The one area that the Quest 2 offers no advantage over its predecessor is battery life. Both headsets can only muster around 2 hours of game time before requiring a recharge. You can use the headsets while they’re plugged in, but the bundled charging cable isn’t long enough so you’ll need to buy another. 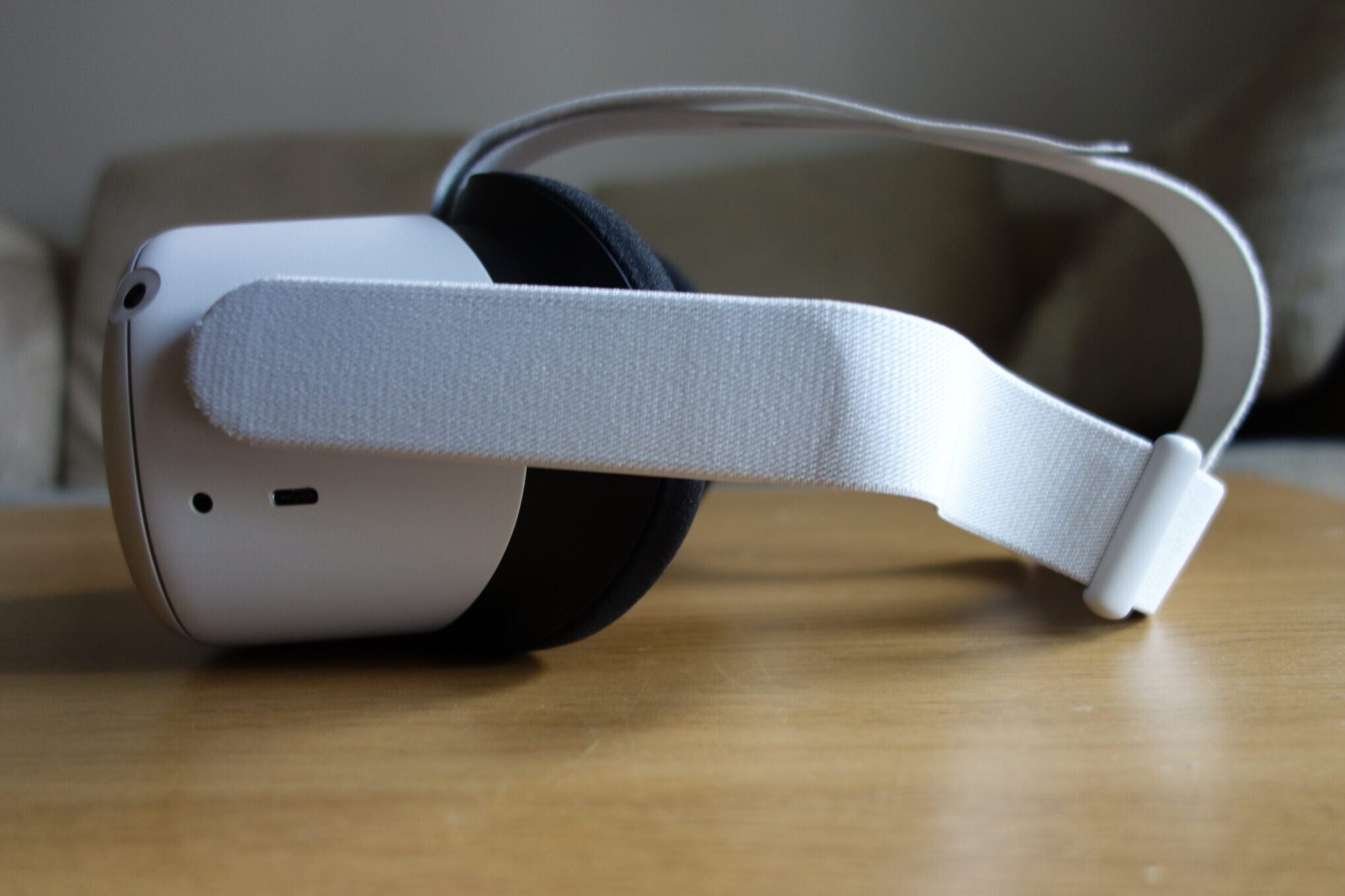 The first design difference you’ll notice the new headset’s colour; the Quest 2 is white, as Oculus hopes to draw in a wider audience than just hardcore gamers. Oculus also refused to rule out additional colour options in the future, although did confirm it isn’t currently working on any.

The new headset is also slightly smaller than its predecessor, making it 10% lighter which helps to reduce head and neck aches after prolonged use.

The straps have also been altered, as they are now easier to fold down when stuffing it inside a bag. It’s also a lot easier to fit the headset over your head, as there’s only one adjustable Velcro strap – the other is made of elastic in order to stretch around heads of all shapes and sizes.

The physical buttons and switches remain the same for the most part, with a volume controller and power button both found on the headset’s exterior. There’s no physical IPD switch now to alter the position of the lens, but you can now instead manually pull the eyecups into three different preset positions. This isn’t quite as flexible as the original headset, but it should still prove versatile enough to find the perfect arrangement. 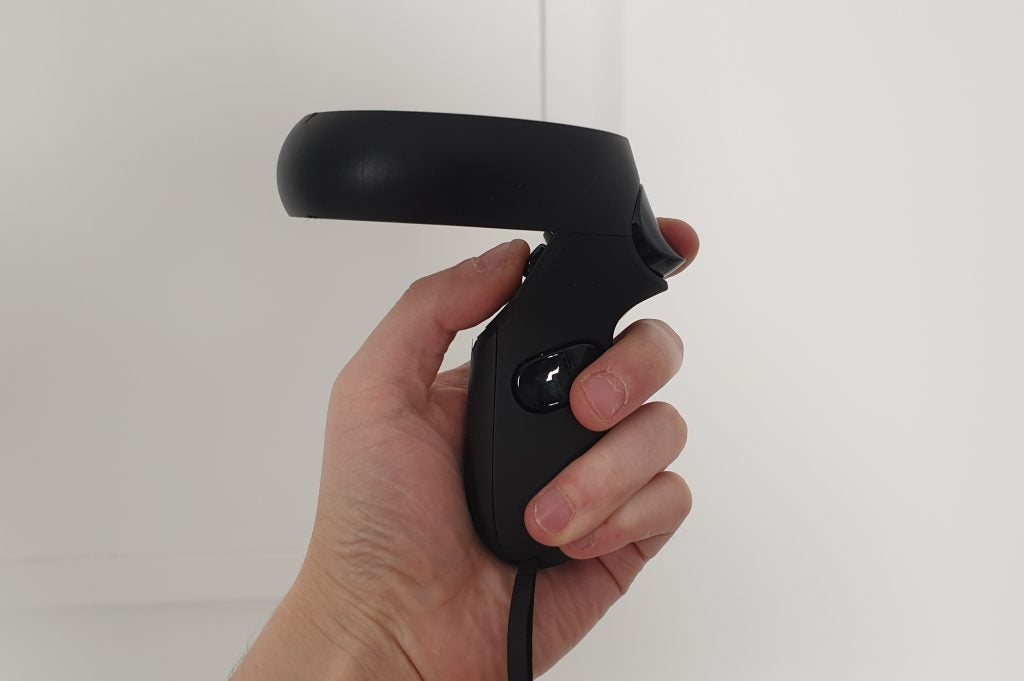 Oculus claims it has given the Touch Controllers a massive overhaul for the Quest 2. That’s not quite the case.

The new controllers are slightly smaller and flaunt improved travel for the triggers. The button arrangement is also more comfortable, and the haptic feedback has been re-positioned for a more effective and immersive experience. But there aren’t many other major differences.

The best aspect of the new controllers is the improved battery life. Oculus has reduced the number of LED lights on the wands to maximise their stamina. I haven’t got exact battery life figures for you, but I’ve been playing the Quest 2 for a couple weeks on and off and they’re still plugging away with the indicator suggesting they’re still close to max charge.

However, just like with the original Quest controllers, they take AA batteries and therefore can’t be recharged via a USB-C cable like the headset. Oculus does at least provide batteries in the box, so you won’t need to be digging through drawers straight away. 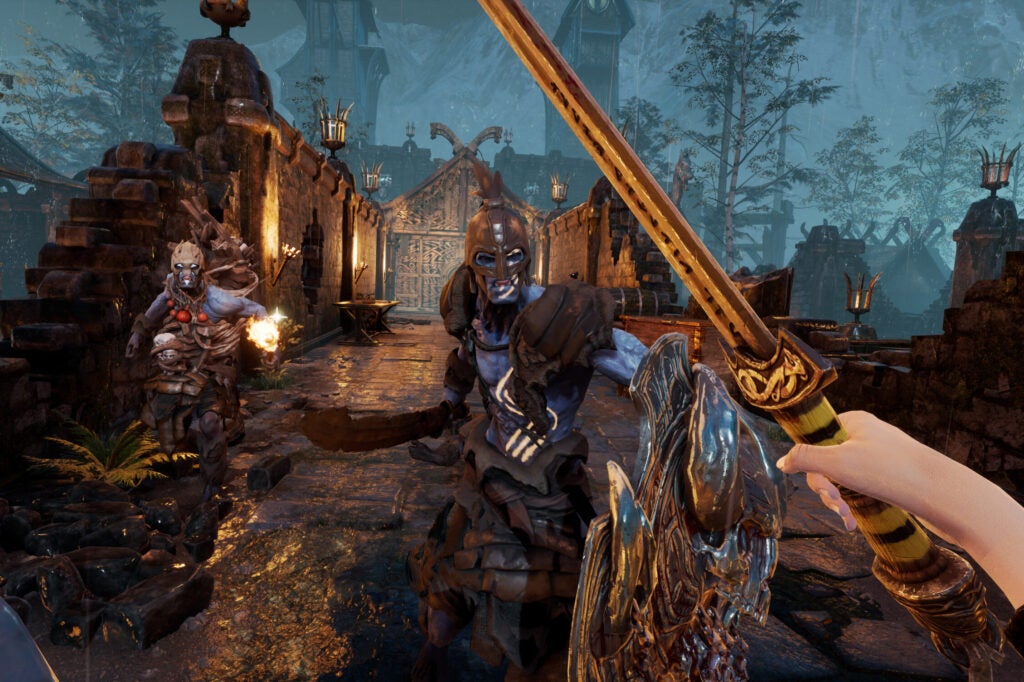 The Oculus Quest 2 shares the exact same game and app library as its predecessor. That includes the likes of Beat Saber, Moss and Super Hot VR, as well as upcoming games such as The Walking Dead: Saints & Sinners, Warhammer 40,000: Battle Sister and Myst, as well as the recently confirmed Assassin’s Creed and Splinter Cell entries.

Both headsets also are compatible with the Oculus Link cable, which allows you to run more demanding games such as Lone Echo and Asgard’s Wrath once you hook the headset up to a powerful gaming PC.

The Oculus Link also allows access to Steam VR, where you can purchase and play the likes of Half-Life Alyx and Skyrim VR. The only major VR library you can’t really delve into is the PSVR, but there’s only a handful of games you’re missing out on.

If you don’t already own the original Quest headset, the decision is easy: buy the Oculus Quest 2. It’s superior in almost every way, and is even £100 cheaper.

But is the Oculus Quest 2 worth upgrading from the original headset? Probably not, unless you really want to see an upgrade to the visuals. The new Quest features a superior resolution, and will soon have a faster refresh rate too, which will make games look more detailed and appear smoother when displaying fast action.

But if you’re spending most of your time playing the likes of Beat Saber and Superhot VR, the upgrades aren’t exactly game changing. The original headset will also be supported for the foreseeable future, so it may well be worth saving the money to buy all the promising new Quest games heading to the platform in the coming months.