Oculus Connect 3 took place today, bringing a flurry of massive announcements for VR fans including a standalone Oculus Rift headset and news of the Oculus Touch price and release date, as well as a host of new experiences. Here’s a round up of the biggest news.

Oculus brought the Rift more into line with the HTC Vive thanks to the addition of room-scale tracking technology, meaning users will be able to move around within their environment.

The result will be that Rift owners will be able to move around in real life and see those movements reflected in the virtual world. The sensor will also be available on December 6. Best find a new home for that sofa, coffee table and cat, folks. 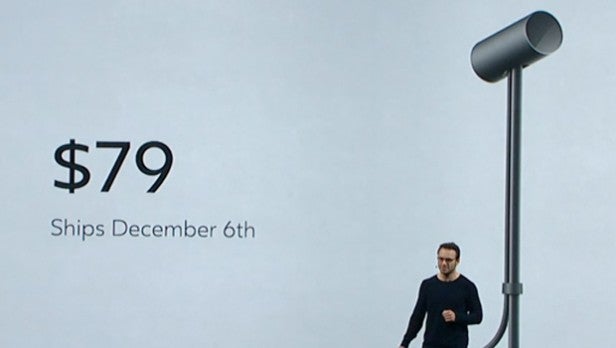 Oculus is also lowering the barrier to high-end VR, by announcing the Rift will soon provide great experiences with much-less powerful PCs, including laptops.

From today, a PC with the minimum spec of Nvidia 960 graphics card and an Intel i3-6100/AMD FX4350 CPU will be able to run the Rift. The new minimum spec requires 8GB of RAM.

To achieve this Oculus is using two new systems, dubbed Spacewarp and Timewarp.

The latter will add new ‘synthetic’ frames into the picture if your hardware is dropping them and the former lowers the demands on your hardware.

As a result Rift experiences will run at 45fps, rather than the recommended 90fps, but these gap-filling  measures should be enough to ensure a smooth experience that prevents nausea.

Oculus has announced new in-ear headphones for $49 that will ship in December, allowing users to replace the bundled-in on-ear audio accessory. 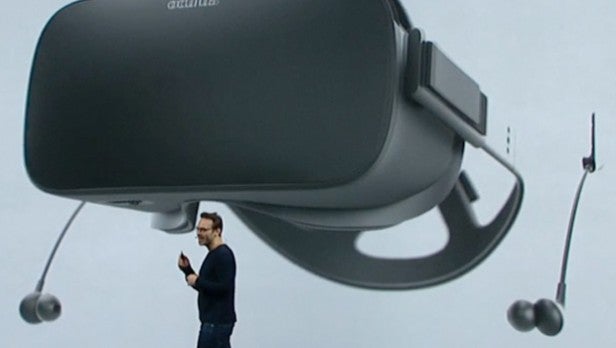 Oculus is bringing VR to the web

Oculus is working on a brand new web browser for its Rift headset which currently exists under the codename Carmel.

However, it won’t just be for piddling around on Facebook, Oculus also announced a new ReactVR platform that will enable web-based VR (WebVR) experiences.

The duo will enable developers to create VR experiences that can be streamed from the web rather than downloaded to the device from a store, making it easy for people to experience new content.

The developer previews will be available soon.

Get social with Avatars, Parties and Rooms

When Facebook purchased Oculus, you imagine this is what they had in mind. Our very own Avatars hanging out and having Parties or simply meeting up to chat in Rooms.

The new Avatars feature will make up your VR identity and it’ll be how others see you in the VR world. Effectively it’s an outline of your face that’s been customised with various accessories.

Once you have your Avatar you can go hang out in virtual chat rooms with friends where everyone can play games like chess or watch movies together. Parties allows up to 8 people to group chat at the same time. 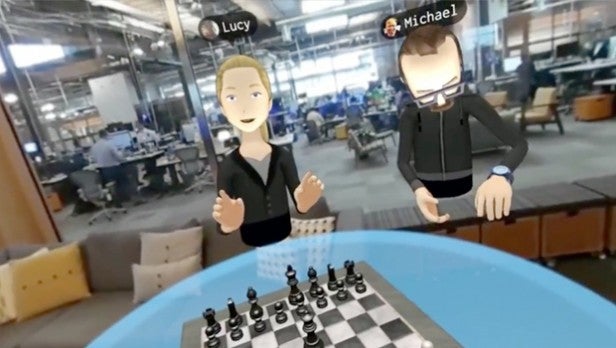 Oculus will have Blade Runner 2049 and Disney experiences

We don’t know how yet, but the long-awaited Blade Runner sequel Blade Runner 2049 is coming to the Oculus Rift in some capacity (main image). Oculus also announced there’ll be some experiences involving classic Disney characters available for both Rift and Gear VR.

“We are incredibly pleased to announce a collaboration with Walt Disney Studios, one of the most recognizable names in storytelling,” Oculus content producer Yelena Rachitsky said. “We’re going to be working with Disney to create a series of experiences based on their most beloved characters.”

Those rocking a Samsung Gear VR will be able to stream their experiences to Facebook Live. No new Gear VR controller announced, but Oculus did say it was committing $50m to mobile VR this year.

In terms of new Gear VR experiences, there’ll be Singspace, a karaoke game from Harmonix to look forward to in 2017, where you can hang out with friends and strangers in virtual bars and sing.

The Oculus founder skipped the event to avoid being distraction, according to Oculus. Luckey was recently embroiled in a trolling scandal, where he donated $10,000 to an anti-Hillary Clinton group.