Nvidia is said to be gearing up for the launch of a new Android-powered Shield TV at CES in January 2017.

The news comes via a report from Slashgear, which cites an anonymous source “with information on the subject matter.”

Nvidia unveiled the first Shield TV set top box, widely regarded as one of the best Android TV devices available, at the Game Developers Conference in 2015.

Now that this year’s GDC has come and gone without any announcements from Nvidia, we wouldn’t be surprised to see something from them at CES.

According to the latest report, the new device will keep the Shield TV name, but will come with 802.11ac Wi-Fi and MIMO antennas to further increase wireless speeds. 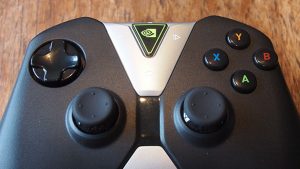 Other changes include a new controller that will now rely on Bluetooth Low Energy rather than Wi-Fi Direct for connectivity.

This change could also extend to the Shield Remote, though this seemingly hasn’t been confirmed by the source, and both devices will apparently come with improved battery optimisation.

As the report points out, a notice in Google’s latest Google Play release lists 4K compatible devices but doesn’t mention the Nvidia Shield TV – hinting that the as yet unannounced version of the device will be compatible once it’s announced.

Unfortunately, there’s no details on pricing or whether there’ll be a higher end ‘Pro’ version debuted alongside the standard model.

Of course, none of this has been confirmed by Nvidia, but the company is set to take the stage at CES 2017 on January 4, so stay tuned for the latest.

Let us know what you’re expecting from the new Shield TV in the comments.