The Nvidia GTX 1080 Ti spent a couple of years as the unchallenged dominant force in the GPU world, but that’s all changed now with the arrival of the RTX 2080.

The Nvidia RTX 2080 Ti follows the Ti tradition with an alarming spec increase over the standard RTX 2080 – and a price so high that it would once have been in the “pros only” category of card.

But with new features such as ray tracing and DLSS, the RTX 2080 Ti looks to be an even more formidable rival to the GTX 1080 Ti than we first anticipated.

But is it worth the outlay? Let’s take a look at how special the RTX 2080 Ti is, and compare it to its predecessor the Nvidia GTX 1080 Ti.

Nvidia’s 10-series graphics card arrived more than two years before those of this new Turing generation. However, the GTX 1080 Ti was not in that first May 2016 wave of releases.

Nvidia’s RTX series was officially detailed on 20 August, a month before its 20 September available date. 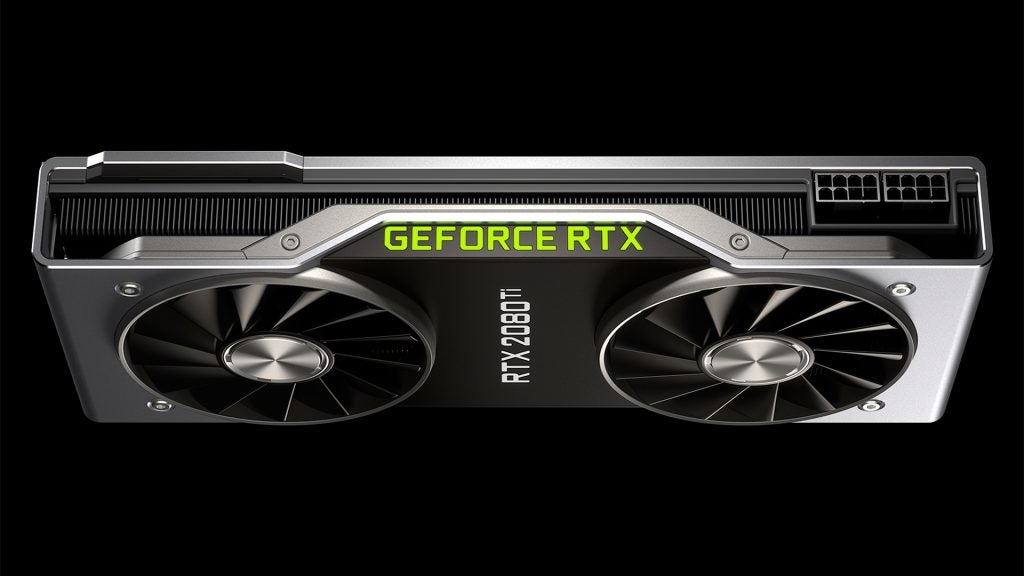 The Nvidia RTX 2080 Ti is a completely different proposition to the GTX 1080 Ti in terms of cost. Where the older model originally cost £699 (its real-world price rose quickly, mind), this one will set you back £1099.

That gets you the Founders Edition card, which is overclocked as standard. MSi and Gigabyte have already launched rival designs, with the former’s model using a triple-fan layout, and they actually cost more than Nvidia’s own at launch.

The 2017 GTX 1080 Ti’s current cost is, by comparison, a near-sensible £639-£730. Price drops are expected. Of course, like most graphics cards, we’ve seen higher prices in its lifespan thanks to the increased demand caused by Bitcoin miners.

However, it would have taken a supply disaster for the old GTX 1080 Ti to remotely approach the cost of the 2080 Ti. 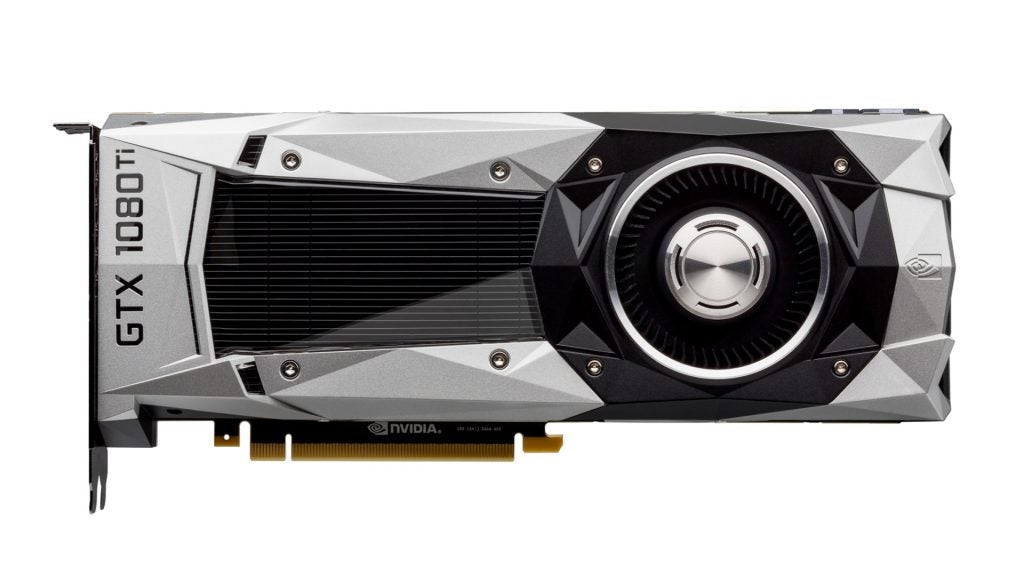 With a gulfing difference in price between the GTX 1080 Ti and RTX 2080 Ti, you’d expect the latter to have a pretty meaty performance boost.

After benchmarking a slew of games in 4K with maxed out graphic settings, we can attest that there’s a noticeable frame rate improvement across the board. In most cases, the RTX 2080 Ti hits the gold standard of 60fps, only falling short with the ultra-intensive Ghost Recon Wildlands.

The gaming rig that we used for all of our benchmarks had the following components:

But while the RTX 2080 Ti results show a satisfying frame rate spike for 4K performance, the difference in benchmark scores for HD content was underwhelming. With the GTX 1080 Ti already delivering exceptional results for games at 1920×1080, the RTX 2080 Ti struggles to deliver a significant boost.

That’s not really a surprise though, nor a significant issue. Given the RTX 2080 Ti’s steep price, anyone considering buying the graphics card has likely already bought a 4K monitor. But if, for some reason, you are still committed to a HD setup, then these results prove that the GTX 1080 Ti definitely represents better value.

Admittedly, we’ve been limited to a few games for benchmarking. We intend on posting more benchmark scores once we’ve got our hands on more review codes.

For now, though, Nvidia has has provided some in-house 4K benchmarking results that can be seen below. Of course, it’s best advised to take their results with a pinch of salt, but the Shadow of the Tomb Raider results shown below do match up with our own tests.

Note that we’re likely to see some new motherboards hitting shelves in the coming months which should see you able to push frame rates even further. Intel’s new 9th generation i9 CPU is also likely to give these benchmark results a boost. Once we’ve finished our testing process, we’ll be able to let you know for certain.

In terms of noise, the 2080 Ti Founders Edition is significantly quieter than its 1080 Ti counterpart, as you can see in the graphs below.

It’s 1545MHz in the RTX 2080 Ti, and 1582MHz in the GTX 1080 Ti. However, such a small difference isn’t that meaningful and the actual speeds used will vary between manufacturer cards anyway. The Founders Edition card’s clock speed is 1635MHz, for example.

The performance difference between the RTX 2080 Ti and GTX 1080 Ti with current games is unlikely to be eye-opening. And certainly not ‘£1000 eye-opening’. However, there’s more to the RTX range.

It features the Tensor core hardware previously only seen in the far more expensive $10,000 Tesla V100 and $3000 Titan V cards. This, combined with the new Turing SM and RT Core, is what makes the Turing generation interesting.

This new hardware provides AI-assisted real-time ray tracing. The RT Core handles the ray tracing, and the Tensor core is designed for denoising, which would be used to make graphics look sharper and cleaner in games.

Nvidia says you’ll get up to 6x performance in this field with a Turing card.

What this means in practice is we’ll see games developers start to implement more advanced reflection and shadow effects. The trailer for the RTX optimised version of Battlefield V shows off these effects best.

Battlefield V uses the Frostbite engine. Unreal Engine 4 also showed off the effects of real-time ray tracing to incredible effect back in March:

The GTX 1080 Ti won’t be unable to create these effects, but the performance hit for such advanced graphical effects will be greater. As long as developers fully buy into these ideas, RTX cards could offer quite a distinct appeal.

However, in terms of getting modern games to run well, the GTX 1080 Ti still has plenty of life remaining. We found it can play demanding games at 60fps – not just at 4K but a 5K resolution too. And with more modest improvements in the number of CUDA cores and RAM speed, some of you may still want to consider the older card if the price drops are appealing enough.

If you’ll tolerate nothing less than optimum 4K performance, then the RTX 2080 Ti deserves the crown here.

There’s only a handful games that you won’t be able to run at 60fps in 4K with an RTX 2080 Ti slapped into your gaming rig. The GTX 1080 Ti often struggles to achieve the same standard with new AAA releases.

And once ray tracing and DLSS updates finally unlock the RTX 2080 Ti’s full potential, this graphics card is likely to blitz through the competition.

But don’t forget, the RTX 2080 Ti costs a pretty penny. The colossus price difference between the two GPUs is enough to make most people consider the GTX 1080 Ti instead, especially since it still packs enough power to deliver solid 4K experiences for the next few years.

What GPU are you planning on buying? Let us know on Twitter @TrustedReviews