The revelation was disclosed by Justin Walker, product manager for GeForce desktop GPUs for Nvidia, in a media call ahead of the company’s keynote at GDC 2019. Walker told Trusted Reviews and other media outlets that a driver update would roll out in April:

“…we are going to be, in April, releasing a driver that will enable DXR [DirectX ray tracing] across a much wider range of GPUs, including Pascal GTX, Turing GTX, on top of the already-released Turing RTX.

Currently, only 20 Series GPUs – cards bearing the RTX prefix – support ray tracing. After Nvidia releases its driver, the full list of GPUs that’ll be able to make use of ray tracing after being updated is: 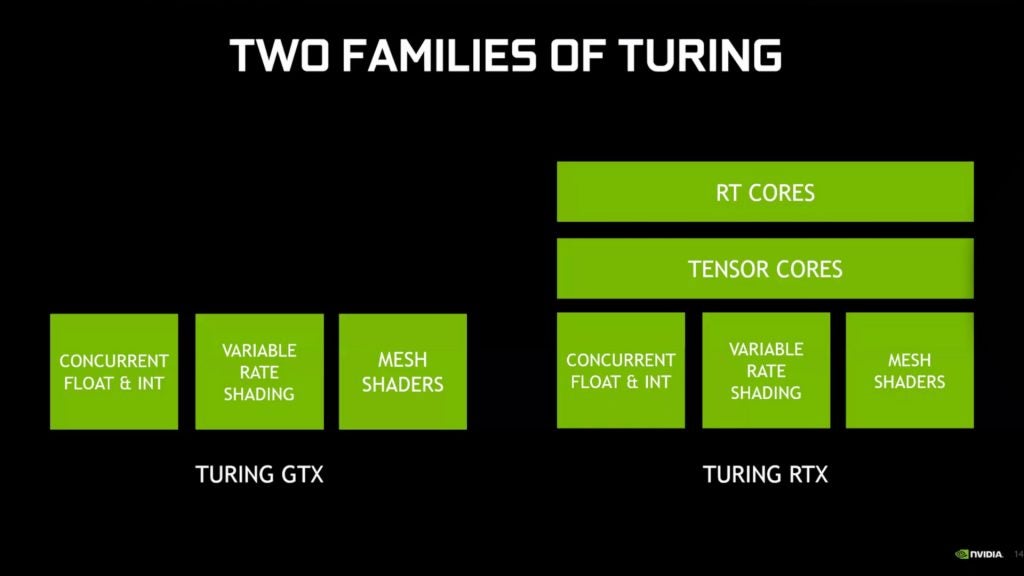 Pulling back the Turing shroud – the key differences between the GTX 1660 range and the 20 Series cards.

As well as featuring increased memory bandwidth and a greater number of parallel processors, Turing architecture also packs in new innovations like cores dedicated to handling ray tracing and machine learning units (Tensor cores) to help accelerate processes across the board.

The TU116 design which the GTX 1660 and GTX 1660 Ti cards follow is something like a halfway house, offering innovations like adaptive shading, but lacking dedicated ray tracing cores.

Why is Nvidia adding ray tracing to 10 Series cards?

Why is this happening? Nvidia has a lot invested in real-time ray tracing – realistic lightning effects which make for more immersive gaming – and wants it to be PC gaming’s next big thing.

Rival GPU maker AMD doesn’t offer ray tracing or anything similar (yet), so Nvidia has an ace up it’s sleeve. But while reflections and lighting effects do look pretty fantastic, a problem for Nvidia is that so far, only two games, Battlefield 5 and Metro Exodus, properly support ray tracing.

Both of these games are high-end, triple A titles, and demand to be played on thirsty, expensive gaming rigs, through large, 1440p and 4K monitors. If you’re not fussed about FPS games, or you don’t yet have the budget to make the jump to a big 4K display, you might therefore think about taking your money elsewhere.

Walker says that Nvidia’s keen for developers to get integrate ray tracing on more titles that can be comfortably played on systems without the latest and greatest cards. Not only would this mean bringing ray tracing to the masses, studios would, in theory, be galvanised by there being more customers to roll out updates to.

Perhaps ambitiously, Walker said that the installed base for machines which could handle ray tracing would climb “significantly” after the driver update:

“Now game developers are going to have tens of millions of GPUs that support DXR. They’re gonna have a much wider installed base of GPUs to develop to.”

While that’s all well and good, the reality is that older graphics cards just won’t be able to match the 20 Series GPUs, which have been built specifically for ray tracing in gaming. 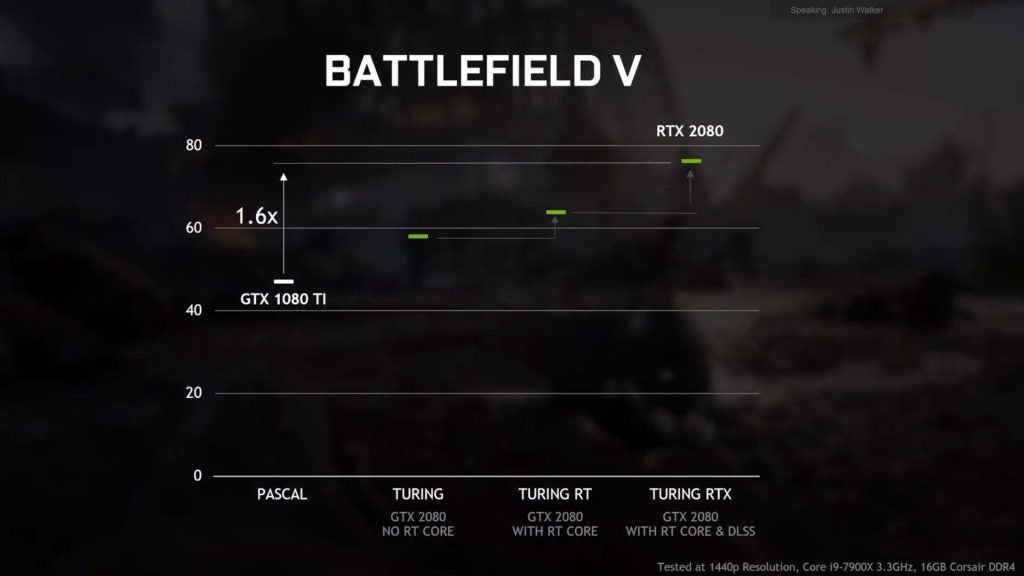 We already know from our experiences with DLSS – the anti-aliasing process which counteracts the frame rate drop players encounter when ray tracing is activated – that if you don’t have this feature activated, ray tracing can adversely affect gameplay.

Sadly, Walker could only speculate about the performance of games on older cards when ray tracing was activated, or talk about DLSS support. Walker admitted however, that there will be compromises for both players and devs:

“Some of these GPUs will get better performance than others, the RTX GPUs are going to be able to handle much higher ray tracing workloads, and enable much more complex ray tracing effects, more ray tracing effects in general. From reflections to global illumination, to shadows, to caustics – this is a hybrid rendering technique, meaning you can pick and choose the effects you want to do.

“You can scale them up to take advantage of the horsepower the RT core gives you because developers will be able to scale [the effects] down to be able to deliver to the larger install base. We expect that there will be settings within games that will let you scale it up, or scale it way down if you don’t have the dedicated hardware for DXR.”

Another reason for this move is to incentivise gamers to bite. By Nvidia’s own admission, most gamers have yet to make the jump to the 10 Series, let alone the flagship 20 Series cards – when the budget 1660 Ti GPU was launched this February, Nvidia said that roughly two thirds of gamers were still rocking the old GeForce GTX 960, which was released back in 2015.

While stocks of 10 Series cards are low in some places, the new GTX 1660 and 1660 Ti mean you can get performance equivalent to the middle tier 10 Series cards for about the same money. And now, with ray tracing rivers in the pipeline, Nvidia’s just given you another reason to open your wallet in their direction.

We can’t imagine that anyone who ran their credit card all the way to the limit to buy an RTX 2080 Ti on launch day, to replace their otherwise perfectly good GTX 1080 is going to be best pleased, though.

Yet to splurge your savings on a new GPU? Does this news mean you’ll get a 1660 now, or will you still get a 20 Series card? Let us know on Twitter @TrustedReviews.