Yet more game studios have pulled their titles from Nvidia’s cloud game streaming service, Nvidia GeForce Now. After April 24, titles from Xbox Game Studios, Warner Bros. Interactive Entertainment, Klei Entertainment and Codemasters will no longer be available on the platform.

This is a sizeable blow for Nvidia. Warner Bros. pulling out will mean that GeForce now gamers won’t be able to play the Batman: Arkham games on the platform, Microsoft Game Studios pull-out means no Halo titles, Gears of War, or Forza, and Klei Entertainment abandoning the platform means no Mark of the Ninja or Don’t Starve. Codemasters pulling out means a whole tract of racing games, from the Formula 1 and Dirt series’ will no longer be available for GeForce Now streaming.

That’s a lot of big names that are waving goodbye to Nvidia’s innovative gaming platform and they’re following hot on the heels of the likes of 2K Games, Bethesda and Activision Blizzard. Such high profile rejections of the platform could throw its future into question.

Related: Google Stadia vs Nvidia GeForce Now: Who’s the cream of the streams?

In a post on its website, Nvidia explained: “As we prepare for commercial service in June, we’ll be adding and removing games through the end of May… We’re transitioning as many games to GeForce NOW as possible over this time. For those leaving, we’ll give gamers as much notice as possible. Games from Warner Bros. Interactive Entertainment, XBOX Game Studios, Codemasters and Klei Entertainment will be removed from the service on Friday, April 24. We hope they’ll return in the future.” 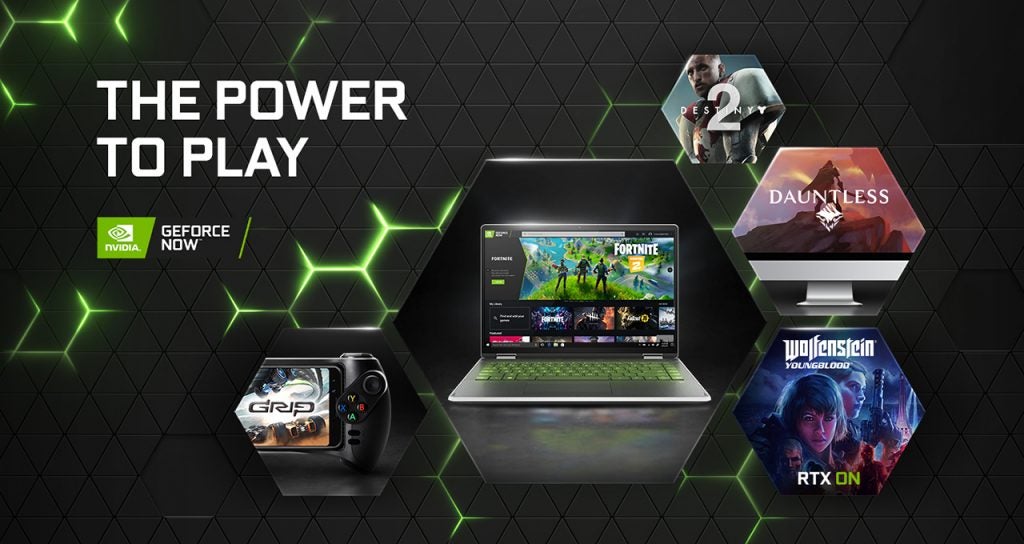 Not all developers are jumping ship though – some were very vocal in their support for the platform. Destiny 2 developers, Bungie, have given GeForce Now their backing.

“We’re already seeing a lot of our existing players take advantage of GeForce Now to stream Destiny 2 so they can play anytime, anywhere with their friends,” said Gary Clay, director of Product Management at Bungie. “With Destiny 2 now free to play, we’re excited to partner with Nvidia to introduce even more players — even those who previously couldn’t hit min spec — to our growing community of Guardians.”

Ubisoft offered a similar message, backing Nvidia’s streaming platform. Chris Early, senior vice president partnerships at Ubisoft, said:  “Ubisoft fully supports NVIDIA’s GeForce NOW with complete access to our PC games from the Ubisoft Store or any supported game stores… We believe it’s a leading-edge service that gives current and new PC players a high-end experience with more choice in how and where they play their favorite games.”

Another big developer, Bandai Namco, was also keen to add its voice to the pro-GeForce Now crowd. With this trio of high-value developers on-side, it seems there is still life in the GeForce Now project – and that’s probably a good thing.

When we got hands-on with GeForce now, we really liked it. It’s cheaper than its main current competitor, Google Stadia, at £4.99 a month to Stadia’s £8.99 per month. Crucially, it also lets you stream games from your Steam or Epic Games libraries, rather than relying on a separate platform specific library, as Stadia does. Google also currently requires players to buy a £119 Stadia Premiere Edition package, making it still more expensive. We expect to see this resolved in future but, for now, GeForce Now is way ahead in terms of value.

However, competing game libraries will be an important factor and as a result, Nvidia’s latest losses are an important development in the race for game streaming dominance.