Samsung’s Note 20 Ultra has been revealed and it’s the last major Android flagship before the iPhone 12 2020 release. Has Samsung brought the fight to Apple ahead of their big launch?

Samsung has brought its “Ultra” branding to the Note and the results are interesting, to say the least. In true Note style, it seems the Note 20 Ultra aims to correct some of the mishaps of the Galaxy S20 Ultra while keeping its hefty price tag.

On the Apple side, iPhone 12 is set to be the most significant step up since the iPhone X – with a new design expected that’s more reminiscent of the iPad Pro 2020 and, hopefully, the introduction of 5G. It’s a big year for two of the biggest smartphone brands in the world, let’s dive into all we know about the upcoming Note 20 Ultra vs iPhone 12 clash. 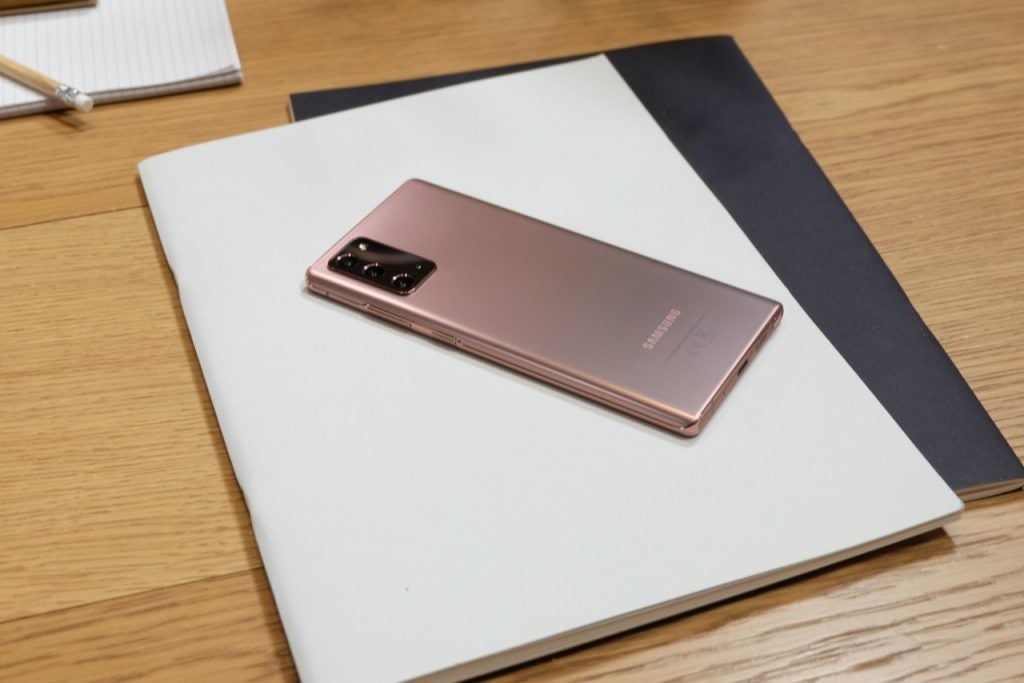 5G has crept into the smartphone landscape over the last couple of years but we are yet to see Apple embrace the technology.

Many speculate that, in true Apple style, the company from Cupertino is lying in wait while the technology matures before placing it on its device when it’s more reliable. While many may already be eager for a 5G iPhone, it can be argued the network infrastructure still isn’t there yet.

Nevertheless, iPhone 12 is expected to sport 5G this year but uncertainty remains whether this will extend to all models or just the “Pro” devices.

On the Samsung side, all models of Note 20 Ultra feature 5G support and we’ll be putting it through its paces in our full review. 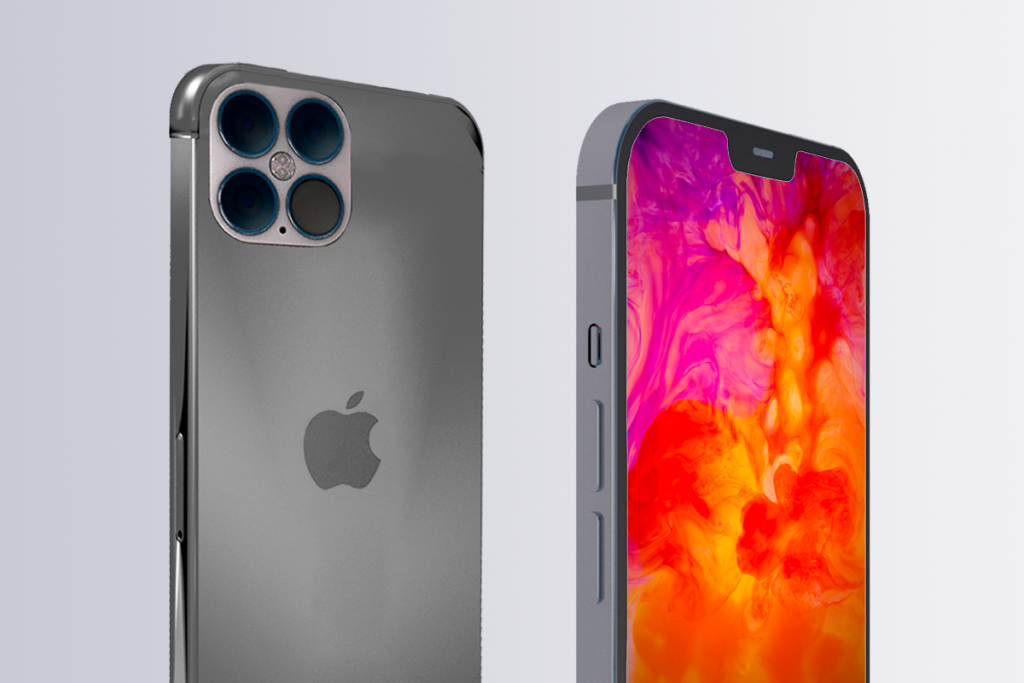 Another emerging technology that Apple has been slow to adopt on its phones is high refresh rate. Apple’s ProMotion on the iPad has received wide acclaim for its high refresh rate chops, leading many to salivate over the prospect of its coming to the company’s handheld devices.

Note 20 Ultra features an adaptive 120Hz display – meaning the refresh rate increases and decreases depending on the onscreen content, which is the same method used by ProMotion, and saves on battery.

Apple often talks about the delicate tight rope it walks with battery life and performance, which has got to be a huge consideration when it comes to adding a higher refresh rate and using adaptive tech could be the key.

As higher refresh rates become common on even sub-£500 phones, the pressure really is on Apple to deliver with the iPhone 12 and compete with Samsung’s latest.

With Note 20 Ultra, Samsung has aimed to remedy the mishaps of the less than stellar 100x Space Zoom on the Galaxy S20 Ultra – bringing the Space Zoom down to a more modest 50x alongside a 5x optical zoom.

It’s been a few years since Samsung lost its camera crown to Google and Apple but it still produced a solid experience and the Note 20 spec sheet seems like they are only on the up.

For iPhone 12, Apple has some tough decisions to make. The iPhone often has strong camera performance across the board but, to be the champ, they need to put more chips in one more specific basket.

When it comes to the Pro models, it seems like this basket could be LiDAR – the depth-sensing tech present on the iPad Pro (via EverythingApplePro). LiDAR would enhance shots that rely on depth, like Portrait mode, as well as the AR capabilities of the iPhone.

If you opt to not go for the Pro, rumours suggest the iPhone 12 will either sport a similar setup to the current iPhone 11 Pro or stick with two cameras. The upgrade to the 11 Pro setup wouldn’t be a massive leap but it’d still be a welcome change. 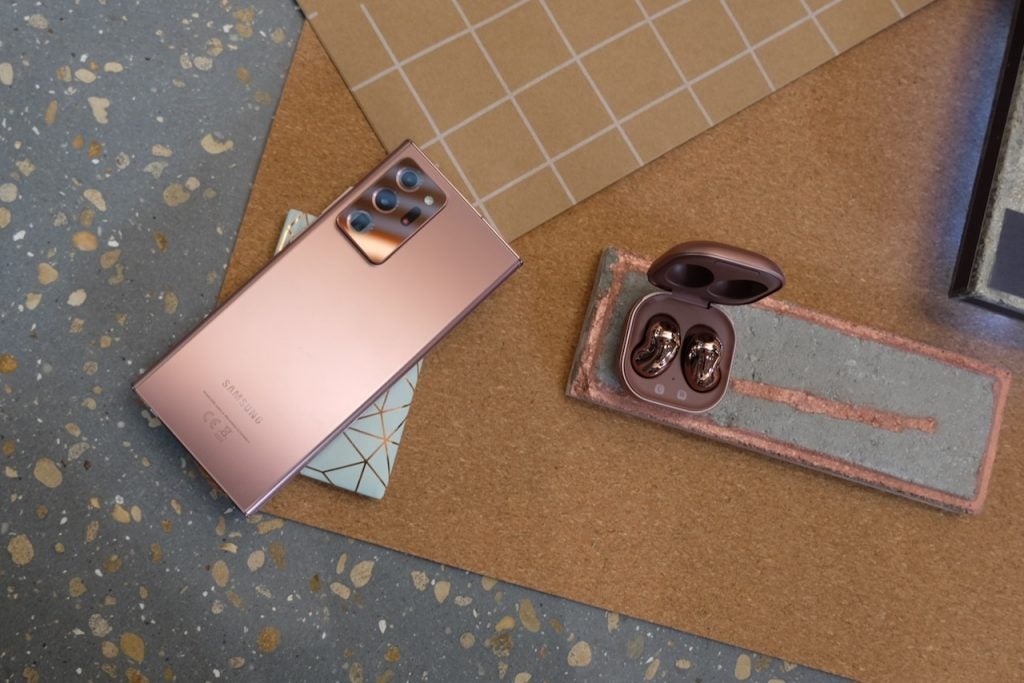 4. The chips are down for Exynos performance

Samsung didn’t exactly bring the thunder with the Exynos chip in the new Note 20 Ultra –  especially for those outside the US. Compared to the Snapdragon 865 on the Galaxy S20, the US gets the latest Snapdragon 865 Plus while the rest of us are saddled with the same Exynos 990 from Samsung’s flagship from earlier in the year.

While it’s frustrating to not get the best-of-the-best when you are shelling out for an “Ultra” product, our review of the Exynos 990-sporting Galaxy S20 did call its performance the “smoothest Android experience around”, so it remains nothing to be sniffed at.

For the next-generation of Apple smartphone, as with every new iPhone, we’d expect its strongest performance yet. A new iPhone usually means a new A-series chip and Apple never fails to get as much performance out of its processor as possible, with its control over the whole ecosystem.

This is one we’ll have to wait to judge until we’ve put both the iPhone 12 and Note 20 Ultra fully through their paces but Apple will be tough to beat.

5. Which phone gives the most value-for-money?

In a direct comparison between iPhone 12 and Note 20 Ultra, the answer to this question is pretty resounding (if rumours are to be believed). Prominent leaker Jon Prosser has suggested the base iPhone 12 will cost just $649. With recent Apple pricing seeing the UK price match the US pricing, a £649 is not much more than half the price of the £1179 Note 20 Ultra.

Note 20 Ultra definitely packs in some “Pro” features that would see it take on the best Apple has to offer but, with the value that even base iPhones offer in terms of user experience and design, the cost difference could be hard to justify.

However, there’s still plenty we don’t know about the iPhone 12 and if Apple stands still on refresh rate, camera features and 5G connectivity then it could be a different story entirely.