Everything you need to know about No Man’s Sky

The idea is that you can go anywhere, explore any planet and star and discover things that no-one else ever seen before. Call yourself a spaceman version of Captain Christopher Columbus if you will.

Originally announced at VGX 2013 with a jaw-dropping trailer, the galaxy-spanning adventure is arguably the most anticipated release of 2016, and so far, it looks fantastic.

The ambitious game is scheduled to launch on PS4 and PC later this year, and we can’t wait to find out more. 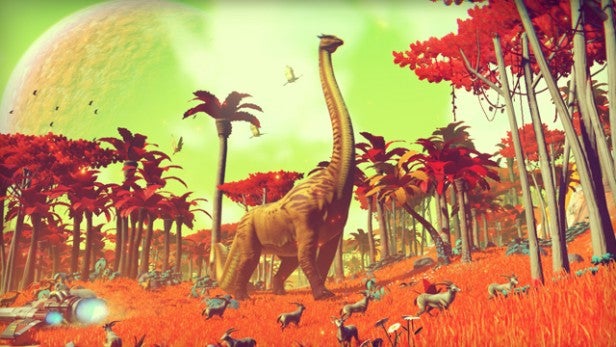 No Man’s Sky Release Date – When is it coming out?

No Man’s Sky is scheduled to launch on June 24 in Europe and June 21 in North America for PS4 and PC.

The game will be available in standard and limited edition versions, with the latter being exclusive to GAME in the UK.

According the new sources at Kotaku, No Man’s Sky may have been delayed to July or August of 2016. This has not confirmed by Sony or Hello Games, but new marketing materials received by US retailer Gamestop paint a bleak picture for the game.

One source, an employee at said retailer, was asked to place a temporary “Coming Soon” sticker on old posters for the game until a new release date is confirmed. 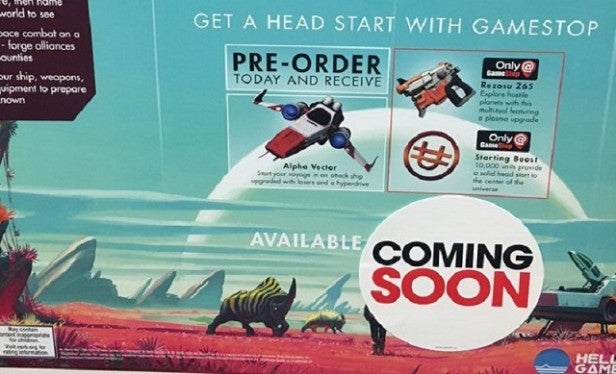 Followuing a series of scattered rumours and reports, Sony and developer Hello Games have confirmed the new release date for No Man’s Sky.

It will now launch on August 10 in Europe and August 12 in the UK for PS4, with the PC version to come at a later date.

The idea behind the No Man’s Sky is an exploration game without limits. If you see a planet you like the look of, you can just go and land on it, explore and more. Interior environments will also play a part. Upon landing on a planet you may disover a foreign installation or mysterious space station, and you’re free to explore it however you like.

First and foremost a single-player game, you are alone and vulnerable in space and on each planet and you’ll need to be wary of threats. There will be potential dangers lurking in deep space, thick forests, deserts or dark oceans. 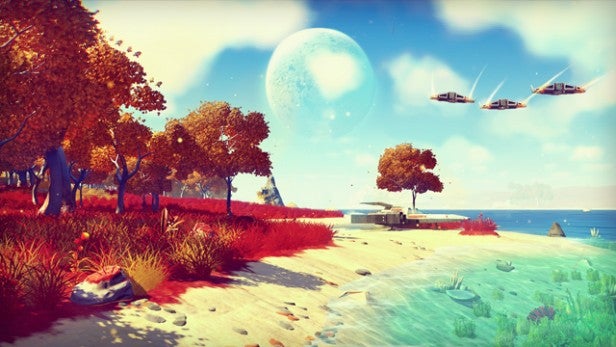 The game will not only revolve around exploration and survival, but trading too. You can collect precious materials and exchange them for ship upgrades or better suits or equipment. Be careful though, as disturbing a planet’s natural resources will lead to unwanted attention.

Your odds of encountering another player in the nevernending galaxy are incredibly slim, but you may stumble upon planets and settlements picked clean by other adventurers, providing a sense of community to the daunting universe you explore.

The world also has its own unique language that can be used to converse with NPCS. By discovering what appears to be a galactic alphabet, you can begin to make decisions that will not only shape your character, but your very surroundings.

No Man’s Sky will have no loading screens between different locations, engrossing you in a single, cohesive universe that is just begging to be uncovered.

Related: Titanfall 2 – Everything we know so far 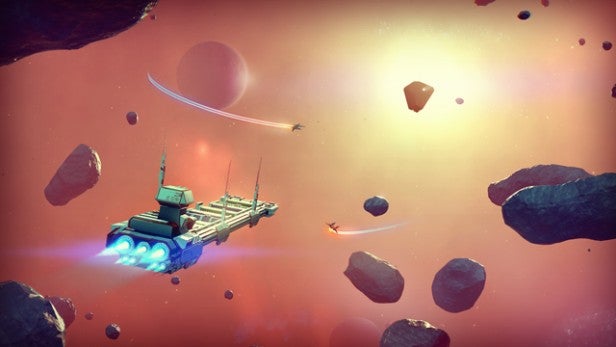 If you’re thinking that No Man’s Sky is a video game unlike any other, then you’re pretty much right. Although you can draw a few parallels with games like Minecraft, No Man’s Sky claims to offer each player a totally unique experience.

That’s thanks to the small development team making sure each rock, tree, creature, flower and other planet contents are “procedurally generated”. Apparently there are tens of millions of planets in the No Man’s Sky universe, all of which are unique.

“We talked about the feeling of landing on a planet and effectively being the first person to discover it, not knowing what was out there,” said game creator Sean Murray. “In this era in which footage of every game is recorded and uploaded to YouTube, we wanted a game where, even if you watched every video, it still wouldn’t be spoiled for you.”

SEE ALSO: Mafia 3 – Everything we know so far 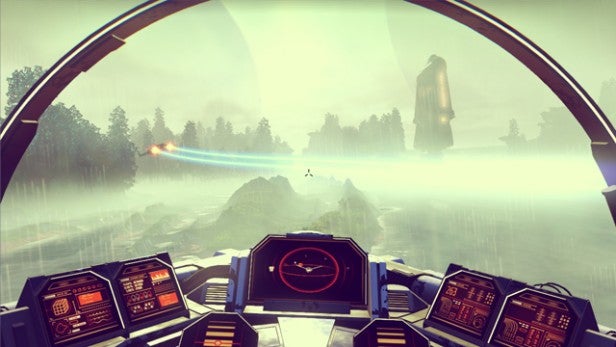 Rather than being hand drawn, each planet in No Man’s Sky is created by an algorithm that randomly generates the contents of that planet. Each one is subject to the laws of its solar system and can be vulnerable to erosion and other naturally occurring phenomenon.

The quality of the light on each planet will also be affected on what is contained within its universe, such as a yellow sun, red dwarf or red giant for example.

“[The algorithm has] simple rules, but combined they produce something that seems natural, recognisable to our eyes. We have come from a place where everything was random and messy to something which is procedural and emergent, but still pleasingly chaotic in the mathematical sense. Things happen with cause and effect, but they are still unpredictable to us.”

There have been a number of No Man’s Sky trailers since the initial reveal at VGX 2013, and we’ve listed some of them below for your viewing pleasure.