Despite No Man’s Sky being widely considered a let-down, it seems that the game’s developers didn’t actually do anything wrong – legally, anyway.

The Advertising Standards Authority (ASA) has issued a comprehensive report detailing why Hello Games, the creator of No Man’s Sky, has not breached UK advertising rules. The ruling was in response to 23 complaints made by forlorn gamers who argued that Hello Games misled customers through overzealous promotional materials. Specifically, they “believed that some of the game content was not as depicted or described”.

No Man’s Sky is an action adventure survival game that launched back in August this year. The big draw for the game was that it featured a procedurally generated universe that included over 18 quintillion planets, which hoped to emulate the scale of a real universe. The game was incredibly hyped before release, but the mood quickly turned sour after launch, with gamers complaining that the actual gameplay didn’t live up to their expectations.

The complaints addressed by the ASA related to the game’s page on the Steam store, which contained two gameplay videos, 11 screenshots showing game features, and an extended text description of the game. According to the disgruntled gamers, the page misrepresented several features, including buildings and structures, water, large-scale space battles, quality of graphics, loading screens, and much, more more.

But the ASA, an independent investigatory body, has shut down all such complaints, concluding:

“We understood that the screenshots and videos in the ad had been created using game footage, and acknowledged that in doing this the advertisers would aim to show the product in the best light. Taking into account the above points, we considered that the overall impression of the ad was consistent with gameplay and the footage provided, both in terms of that captured by Hello Games and by third parties, and that it did not exaggerate the expected player experience of the game. .”

The report goes on to extensively detail why specific complaints didn’t stand up to scrutiny and how, as a result of the investigation, the ASA has decided to take “no further action”.

That hasn’t satisfied some disappointed customers however, who have taken to social media to voice their ongoing concerns about the game. One Reddit user wrote:

“Most people’s biggest gripes with the marketing would be the E3 demos that showed stuff not possible in game, and the numerous interviews where Sean Murray heavily implied there would be features that obviously weren’t even in development. I doubt anyone gives a flying fuck about the Steam page. Big waste of time on everyone’s parts here.” 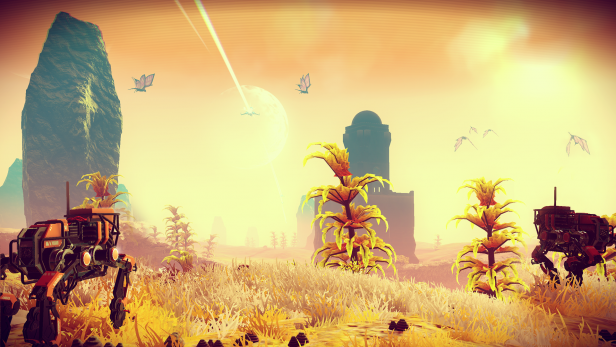 “What a load of bollocks. The first trailer on the store page is stuffed full of content that the game can’t generate on a planet that looks a hundred times nicer than anything that will ever appear on a customer’s computer. We already have strict rules for the presentation of food to cut out these ‘it could be this good’ arguments. it’s a shame to see that game regulation is still stuck in the past.”

We gave No Man’s Sky a 3.5/5 score in our review, praising the technical achievement and fun exploration, but criticising the repetitive mechanics and frustrating bugs and crashes. Here’s an excerpt from our verdict:

“Does it live up to the hype? For anyone who’s been following this game for years, probably not.”

Watch: Xbox Scorpio – Everything we know

What did you think of No Man’s Sky? And do you agree with the ASA’s ruling? Let us know in the comments.