OPINION: Nintendo’s take on Toys to Life has been a commercial success, but what now?

Nintendo may have arrived unfashionably late to the whole “Toys to Life” party, but the Japanese veteran is wasting no time in causing a major kerfuffle with its line of interactive NFC-packing figures. Since their launch at the tail end of 2014, Nintendo amiibo toys have proven to be solid sellers – in North America, they had shifted almost a million units prior to Christmas, and worldwide demand remains robust thanks in no small part to Nintendo’s strategy of drip-feeding figures and keeping stock tight. A policy of discontinuing certain toys has also contributed to global amiibo-frenzy among diehard Nintendo fans, with affected figures selling for many times more than their original RRP on auction sites such as eBay.

Round one to Nintendo, then. It has managed to trump established rivals Skylanders and Disney Infinity to become the must-have “toys to life” brands over the Christmas break, but can it maintain that momentum during 2015 – and, more importantly, is the amiibo concept one which has enough longevity to sustain consumer interest, something which both Activision and Disney have put a lot of hard work into over the past few years? 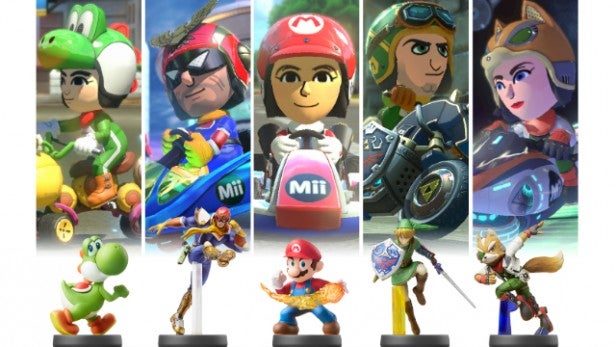 In case you’re wondering what all the fuss is about, allow us to recap. Amiibo toys are inanimate plastic figures based on famous Nintendo characters, such as Mario, Pikachu, Donkey Kong and Link. Like Skylanders and Disney Infinity, they come equipped with Near-Field Communication (NFC for short) chips which allow them to store data and interact with Wii U and 3DS games. However, unlike Skylanders and Disney Infinity figures – both of which are tied to games in their respective franchises – amiibo are compatible with a wide range of Nintendo games. The first titles to support the figures are Super Smash Bros. for Wii U and 3DS, Hyrule Warriors and Mario Kart 8, but future games – such as Mario Party 10 – will also feature some interaction.

This is just one of the key advantages that amiibo has over its rivals – the figures aren’t just limited to one game a year, but can conceivably be used with several. Another bonus is that you don’t need to buy any “Starter Packs” with amiibo; the figures communicate with Wii U software via the console’s NFC-enabled GamePad controller, while in the case of the 3DS, a special NFC reader will be launched this year that allows figures to connect to 3DS games. The New Nintendo 3DS and the New Nintendo 3DS XL – two revisions of the handhelds coming to the UK February 13 – have NFC built in from the get-go. 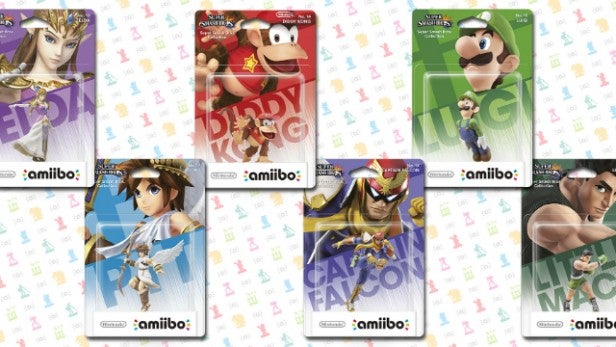 While amiibo has some big gains over Skylanders and Disney Infinity, there are some notable drawbacks, too. While compatibility with a variety of games is a big plus, many of the titles will only offer very limited functionality. For example, in Hyrule Warriors, tapping the amiibo on the GamePad merely unlocks a bonus for that day, which can range from a single Rupee to additional material for creating weapons. The only amiibo figure which unlocks anything of real note is Link, who grants access to a unique weapon.

Likewise, with Mario Kart 8, the number of amiibo figures that can interact with the game and unlock costumes is limited to just 10 of the initial 29 toys available. This selective compatibility could cause some serious headaches for Nintendo in the future, as many buyers will blindly assume that if a game is advertised as offering amiibo support, any figure will work – and that simply isn’t the case. Making buyers aware of this is going to be one of Nintendo’s key challenges during the next few months, especially when it looks to expand the roster of toys beyond those that are directly associated with the latest Smash Bros. entry. 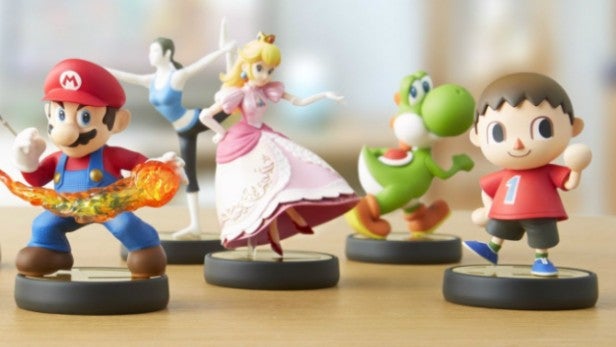 Another shortcoming is the fact that amiibo figures can only “hold” data from one game at a time. The figures basically have two states – Read and Read/Write. The first state applies to games like Hyrule Warriors and Mario Kart 8, where all that is happening is that the Wii U is detecting the figure and passing that information onto the game in question. The second state applies to Smash Bros. for Wii U, where the amiibo is placed into the game as a fighting partner, and gains experience. After a match, you tap the amiibo onto the GamePad and its current level is copied onto the toy – however, the moment another game with Read/Write access is released, you’ll have to sacrifice that data because the toy can only store one game at a time.

This problem sounds pretty serious until you realise that Nintendo is hoping that you’ll buy plenty of these figures, and therefore can use different ones for different games. And given the incredible collectibility of amiibo, that certainly seems to be happening – many fans are snapping up each carefully-distributed wave of toys as soon as they hit stores shelves. 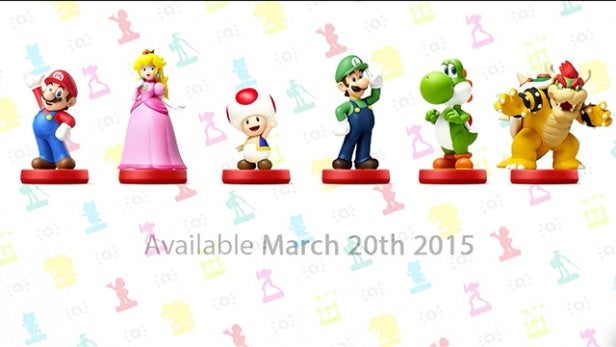 It’s still clearly early days for amiibo, and we’re sure that Nintendo has many more surprises up its sleeve for 2015. We’d put money on a dedicated amiibo title arriving sometime soon – think Skylanders with that all-important Nintendo touch – and there’s a chance that Nintendo will come up with a solution to beat the single-game storage issue, such as a console-based archive where you can backup your data and restore it to a toy at a later date. What’s clear is that for the time being at least, the company has a sales success on its hands – and given the potential afforded by its incredible stable of characters and intimate knowledge of how games work – we could see amiibo take massive strides during this year. For now though, we’re finding that they look better on the shelf than they do anywhere near our Wii U console, and hopefully that will change soon.