Sony and Microsoft would probably be delighted if their new consoles could create the same fervour as Nintendo’s reprisal of decades-old formats. The last two releases have been among the most sought-after gadgets on earth.

With the stampede to grab an NES Classic Mini in 2016, and the SNES counterpart last year in mind, we’d be highly surprised if Ninty failed to follow-up with an N64 Classic Mini in the next year or two.

There’s more reason to be hopeful today, given the news Nintendo has filed for the N64 trademark (below) in its Japanese homeland, adding to the filing made in Europe late last year (via JapaneseNintendo). 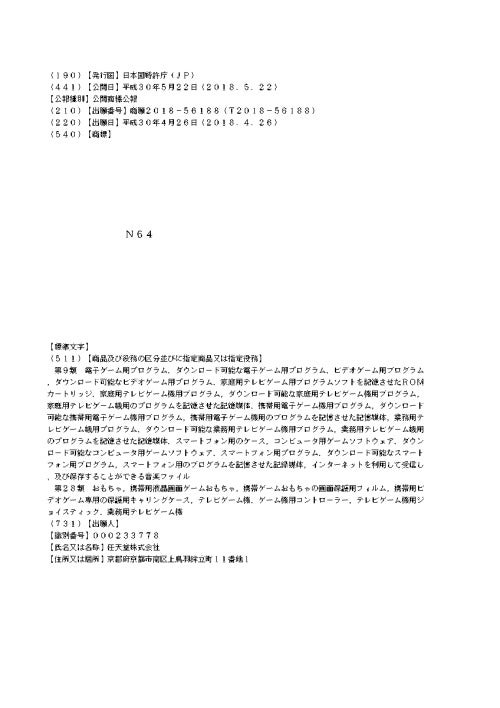 While that doesn’t guarantee the release is on the way (because why wouldn’t Nintendo have those three characters trademarked?), it does follow the pattern of recent retro releases.

Should Nintendo go down this route, games like Mario Kart 64, Banjo Kazooie, Golden Eye 007, Diddy Kong Racing and Resident Evil 2 could be returning to our living rooms before Christmas.

Today’s reports do point to a forthcoming N64 Mini release, but this may just be a case of Nintendo protecting its intellectual property against third-parties looking to exploit the retro-gaming craze.

For example, the company trademarked the design of the 1989 Game Boy handheld last October. The patent itself is rather broad and describes uses including home video game consoles and programs for smartphones. It also covers smartphone cases/covers and accessories like key holders, necklaces and watches.

Which retro games would you like to see arrive built into an N64 Classic Mini? Let us know @TrustedReviews on Twitter.