A Nexus 10 2 release date is still unclear, but with growing talk of a Nexus 8 and an anticipated update of the hugely successful Nexus 7, there’s still hope it could arrive in 2014.

The original Nexus 10 launched back in November 2012 and now almost two years later we are yet to see a Nexus 10 2 release. This could mean that Google has plans to axe the 10-inch tablet as the latest rumours suggest, or there’s a Nexus 10 successor in the pipeline and it’s just taking its sweet time over it.

If you currently head to the Google Play product page for the Nexus 10, the 32GB model is still in stock but click on the 16GB product page and you’ll be met with the message that ‘We are out of inventory. Please check back soon’. This is usually a strong indication that Google is planning a replacement.

The 10-inch tablet is still one of the best Android tablets to buy despite starting to showing its age, but as new big tablets from the likes of Samsung are unleashed it’s definitely time for an update.

We will be updating this page with all the latest Nexus 10 2 release date details, leaks, news and rumours as new information emerges, so bookmark it now to stay on top of all things Nexus 10 2.

Nexus 10 2 Release Date: When will it come out?

Google has only launched one 10-inch Nexus tablet so far and with a Cyber Monday 2013 release date and a CES 2014 unveiling proving wide of the mark, it’s been difficult to pin down when we can expect to see the new Nexus 10.

After a Hurricane Sandy forced Google to cancel an official announcement in New York City, the Nexus 10 was announced alongside the LG-built Nexus 4 and the 3G-packing Nexus 7 on 29th October 2012. The Nexus 5 smartphone was unveiled a year later on the 31st October 2013 with the new Nexus 10 still missing in action.

Since then Android 4.4 KitKat arrived but there was still no sign of the Nexus 10 2, although the latest Android update did roll out to the 10-inch Nexus tablet.

Google I/O 2014 takes place on June 25-26th in San Francisco and while it’s usually a software-centric conference, a hardware announcement like a new Nexus 10 should not be ruled out. 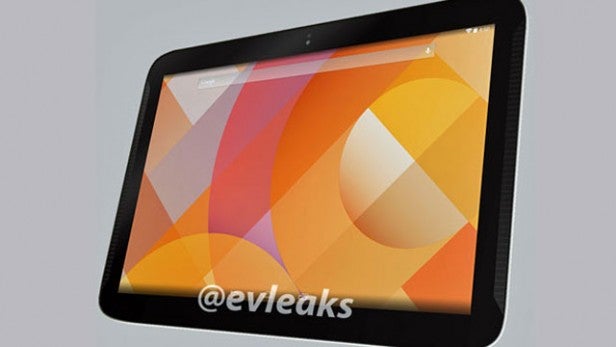 Considering the Nexus 10 is now a two-year old device, there’s plenty of room for improvement and as we reported back in October 2013, leaked specs that briefly appeared on the Google Play Store before being taken down suggest it will be a powerhouse.

According to an eagle-eyed PhoneArena reader, the new Nexus 10 will have a 10.1-inch Full HD WQXGA display with 2,560 x 1,600 resolution and a 300ppi pixel density. That’s identical to the original Nexus 10 display and matches the display quality on the Samsung Galaxy Tab  Pro 10.1, so it looks like we can expect similarly sharp results. Screen protection will be upgraded from Corning Gorilla Glass 2 up to the newer Gorilla Glass 3 to also offer improved viewing angles.

One place where the Nexus 10 could really do with a bump up is in the processor department and the same leak suggested the Nexus 10 2 will move from a dual-core Samsung Exynos 5 processor with 2GB of RAM up to a more powerful quad-core Qualcomm Snapdragon 800 processor with 3GB RAM.

The Google Play device page also pointed to a Nexus 10 2 32GB version, which might suggest that the cheaper 16GB model could get the boot. The battery capacity is set to get a boost as well, moving from a 9,000mAh to a larger 9,500mAh battery, to help improve staying power.

Google is also expected to shave off some millimetres off the weight and overall dimensions with the Nexus 10 2 set to weigh in at 584g down from 603g, and a 7.9mm thickness down from 8.9mm on the first Nexus 10. 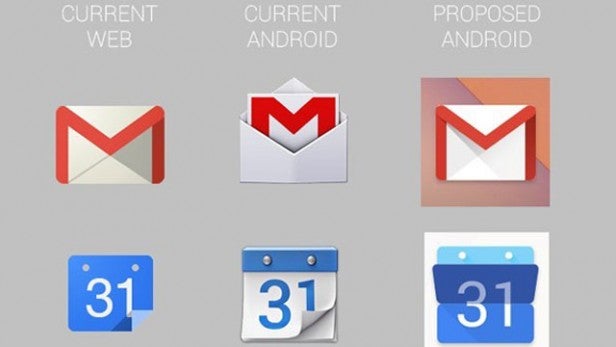 Whether the follow-up to Android 4.4 KitKat is Android 4.5 or Android 5.0 it’s highly likely any new Nexus tablet will run on the very latest version of Google’s mobile operating system.

Among the new features touted for the new Android OS tipped to make an appearance at Google I/O 2014 include a new interface and support for 64-bit chipsets to improve performance and the quality of content and games Android tablets can run.

The HTC One M8-makers have been notably absent from the tablet-making game since its HTC Flyer tablet was poorly received and latest rumours suggest the Nexus 10 2 could actually be built by the Taiwanese manufacturer.

The last time HTC worked with Google on a Nexus device, you have to go back to 2010 and the Nexus One smartphone. The prospect of a tablet with vanilla Android and a tablet that looks as stylish as the One M8 could be a great union of the two, although HTC is not the only company tipped to lend a helping hand. 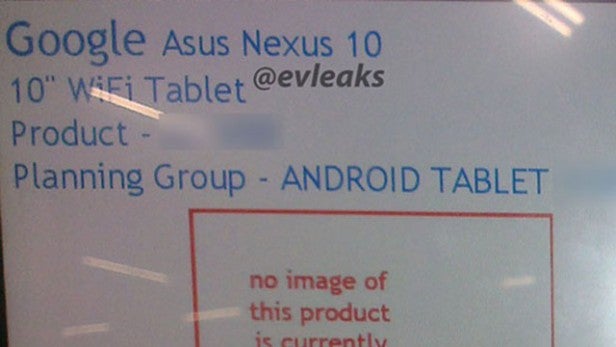 The move to a Qualcomm-based chipset suggests that Samsung might not be
the hardware manufacturer and that Google will go the route they went
with launching the Nexus 4 and Nexus 5 by swapping Samsung for LG.

Serial
leaksters @evleaks have, however, suggested that Google will actually turn to Asus, the
same manufacturer responsible for the Nexus 7, pointing to a screen
shot from an unnamed store computer system listing the Google Asus Nexus
10

This has also been backed up by a leak from UK retailer Currys that the next Google Nexus 10 will be made by Asus and be more expensive than the existing 10-inch slate. 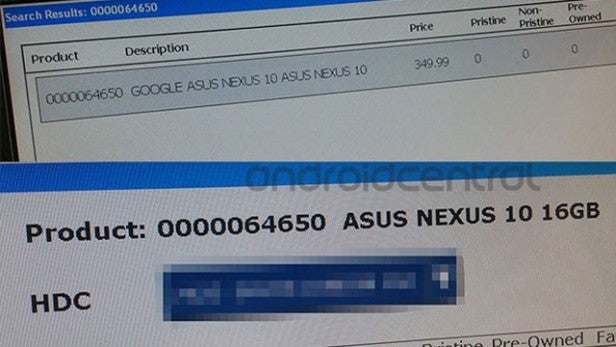 Nexus 10 2 Price: How much will the new Nexus tablet cost?

If the new Nexus 10 2 tablet does finally turn up we don’t expect Google to budge too much on the price and it’s likely that you are going to need to spend near to £400 to own one once again.

What do you want to see from the Nexus 10 2? Let us know in the comments section below.