Despite great strides in improving the abilities of its cameras, OnePlus’ phones continue to walk in the shadow of their most photographically-capable competitors.

Chinese phone maker OnePlus has built its reputation on striking one of the best balances of price and performance on the market, keeping pace or surpassing far more expensive rival flagships. However, one aspect of their phones that’s always lagged behind such rivals has been camera quality.

The cameras on OnePlus phones may have been serviceable, but they never really posed a threat to competitors from the likes of Apple, Google, Huawei or Samsung. With this latest generation, in the OnePlus 7 and OnePlus 7 Pro, though, things are starting to change. 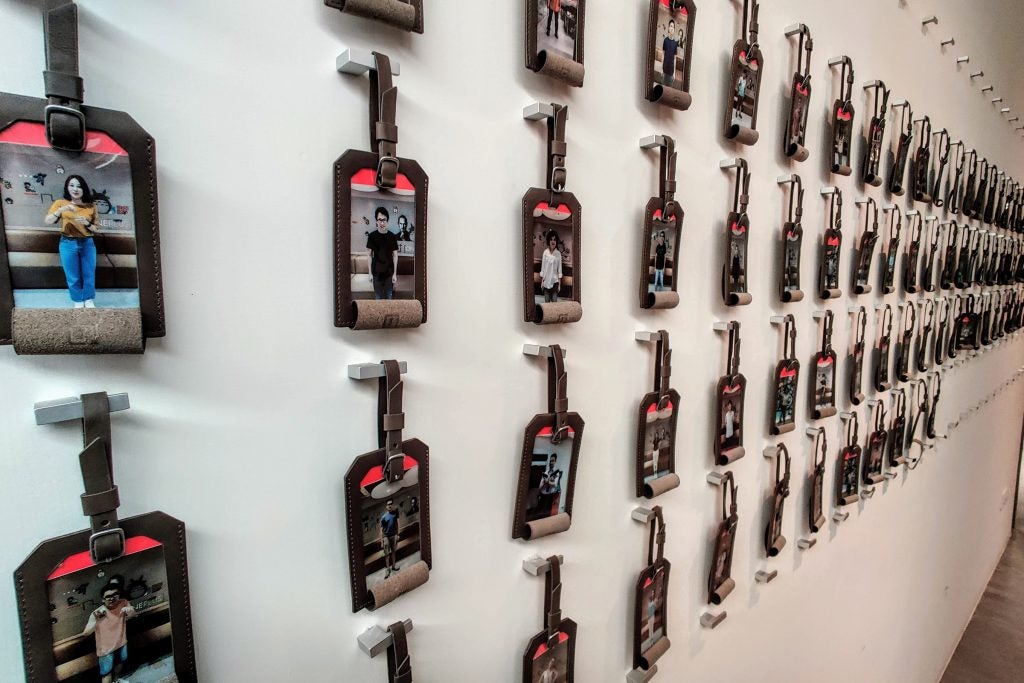 As you enter the facility, you’re greeted by this wall of team photo tags, all of which can be scanned to play an animated clip of the team member pictured

Trusted Reviews visited the company’s imaging research and development centre in Taiwan to discover what’s being done to even the playing field and what might lay in store for the cameras of future OnePlus devices.

It’s not hard to see the value of running a facility entirely dedicated to developing and improving such a key aspect of your principal product, especially considering the initial wave of OnePlus 7 Pro reviews didn’t exactly rave about the phone’s camera performance, citing weaknesses in a number of areas. 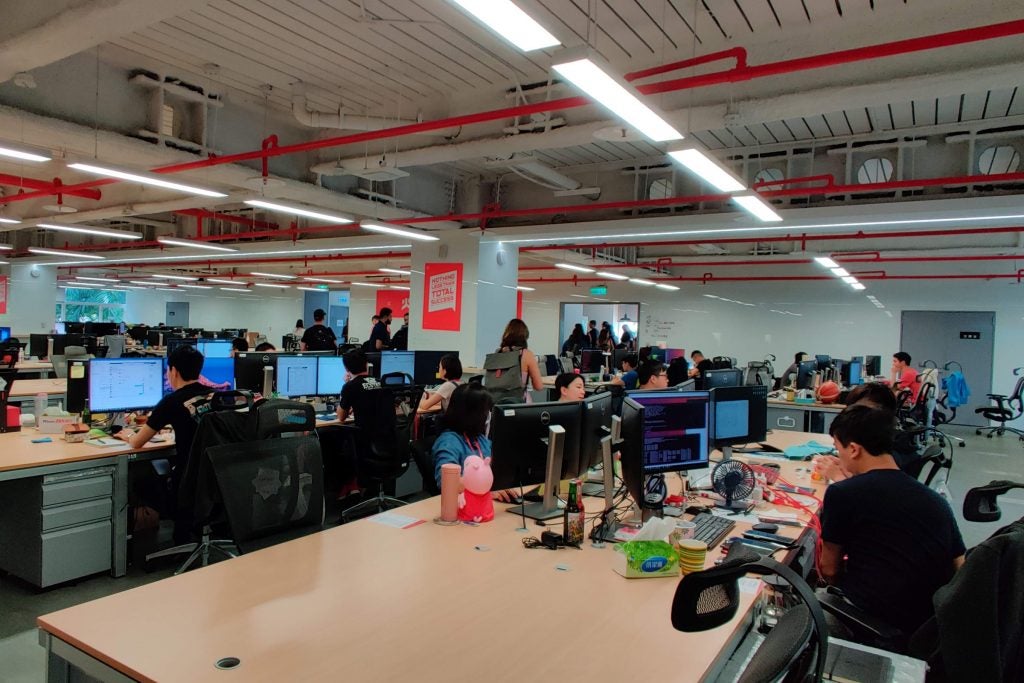 In record time the engineering team in Taipei was able to develop and issue a camera update that collectively addressed such criticisms. By the time the standard OnePlus 7 arrived on the market only a few weeks later, most of the phone’s camera woes had been fixed, or at the very least improved.

Such a fast and responsive turnaround for something as pivotal as camera quality was only possible as a result of the Taipei facility’s existence.

The lab features a plethora of dark rooms and light boxes with specialised rigs that can simulate everything from warm, soft, natural sunlight, to cold, harsh strip lighting and LED point lighting. 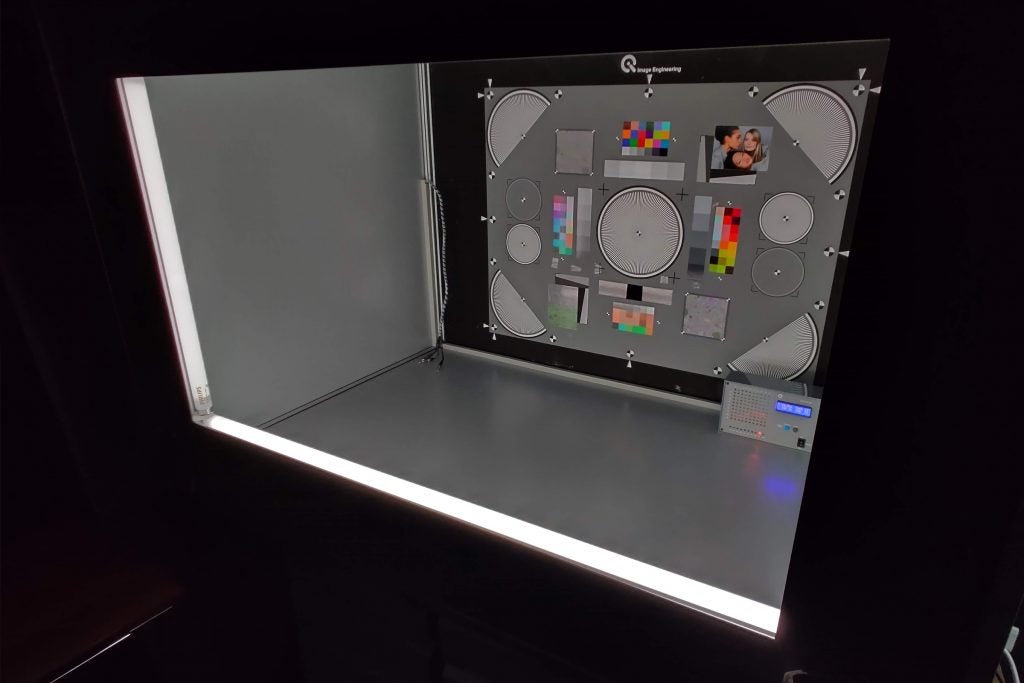 Used in concert with a bevvy of charts and other tools, some custom-built by OnePlus, the team there can evaluate the most important technical aspects of an image, such as dynamic range, noise, colour accuracy, depth perception, and how the camera reacts to capturing different textures under different lighting conditions. 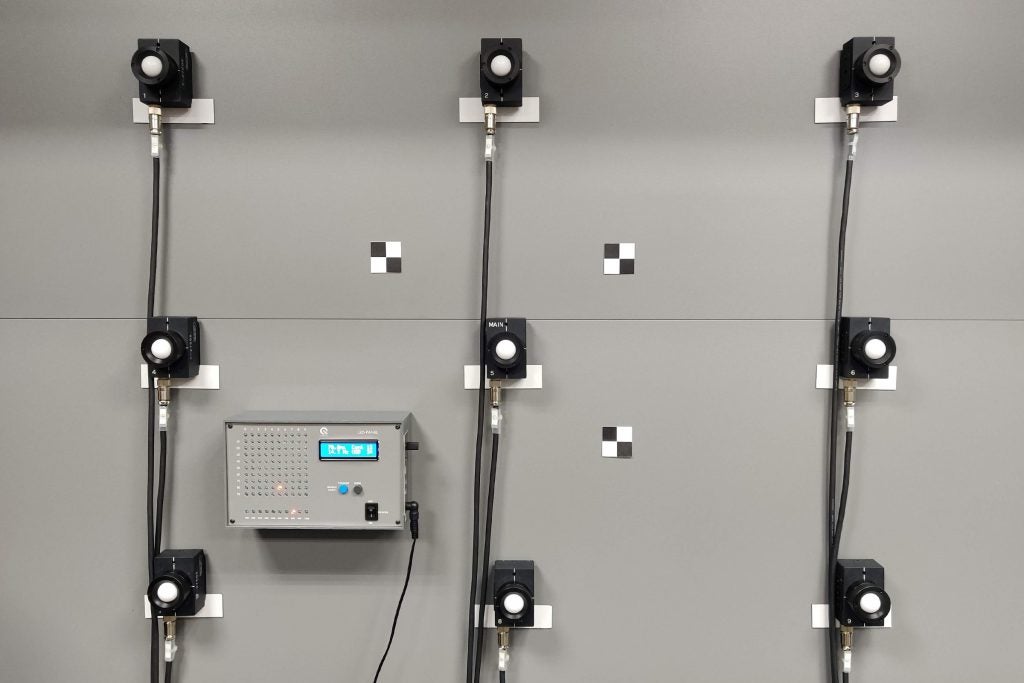 Claiming to be one of “the most advanced image quality testing labs in Asia,” OnePlus’ facility also boasts a fully-automated camera test rig that can generate over 100 different lighting conditions, manipulate all manner of subjects, materials and textures to shoot at, and can be used to evaluate 3000 photos in a single session – all without human interaction. 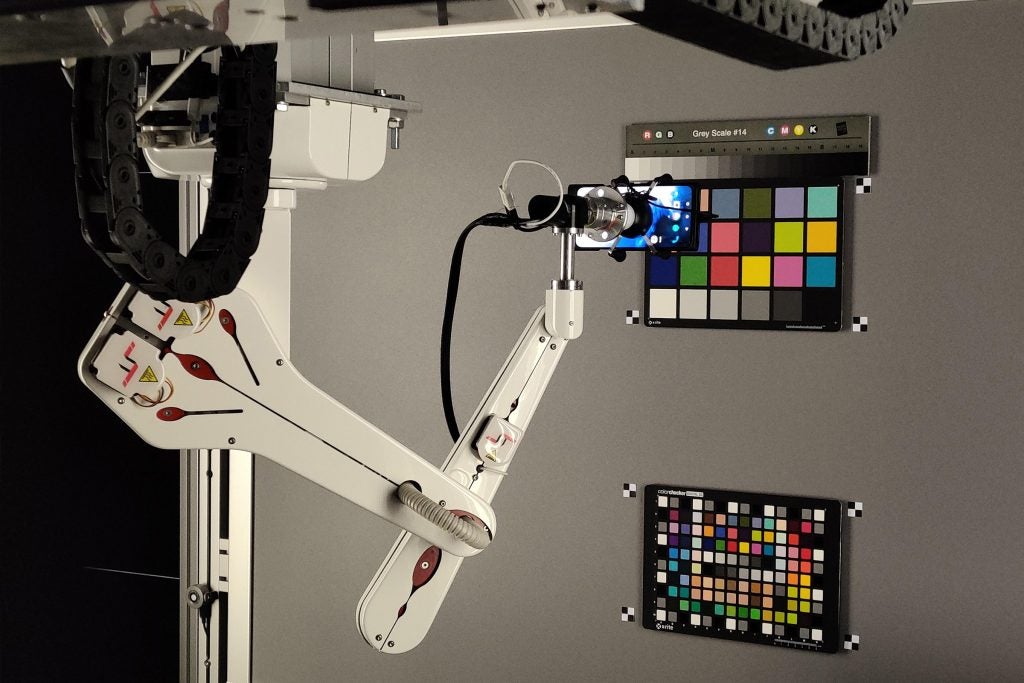 One of the highlights of the lab is its robotic arm, which can be used to collect data on 3000 photos in a single test

Such a tool means OnePlus can test multiple devices – including those of its rivals – under tightly-controlled and easily repeatable conditions, making it easier to discern areas of issue or improvement from the images captured. 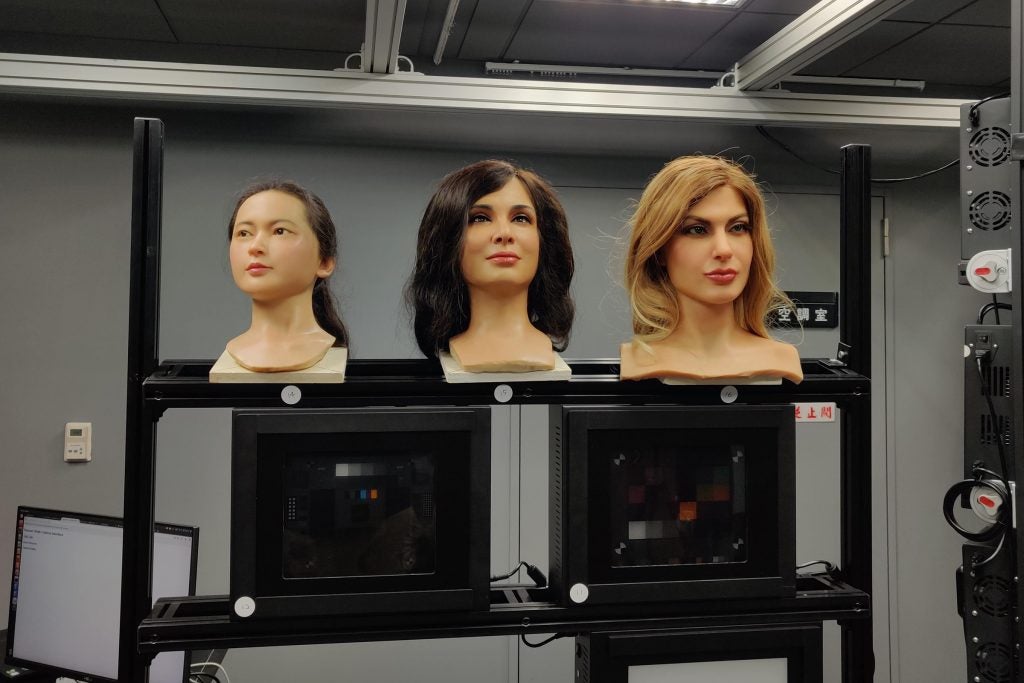 How else are you going to test your phone’s selfie game?

Beyond this, the lab is also filled with banks of OnePlus devices, which spend their days performing a myriad of actions designed to simulate how users might interact with the camera experience over a prolonged period of time. 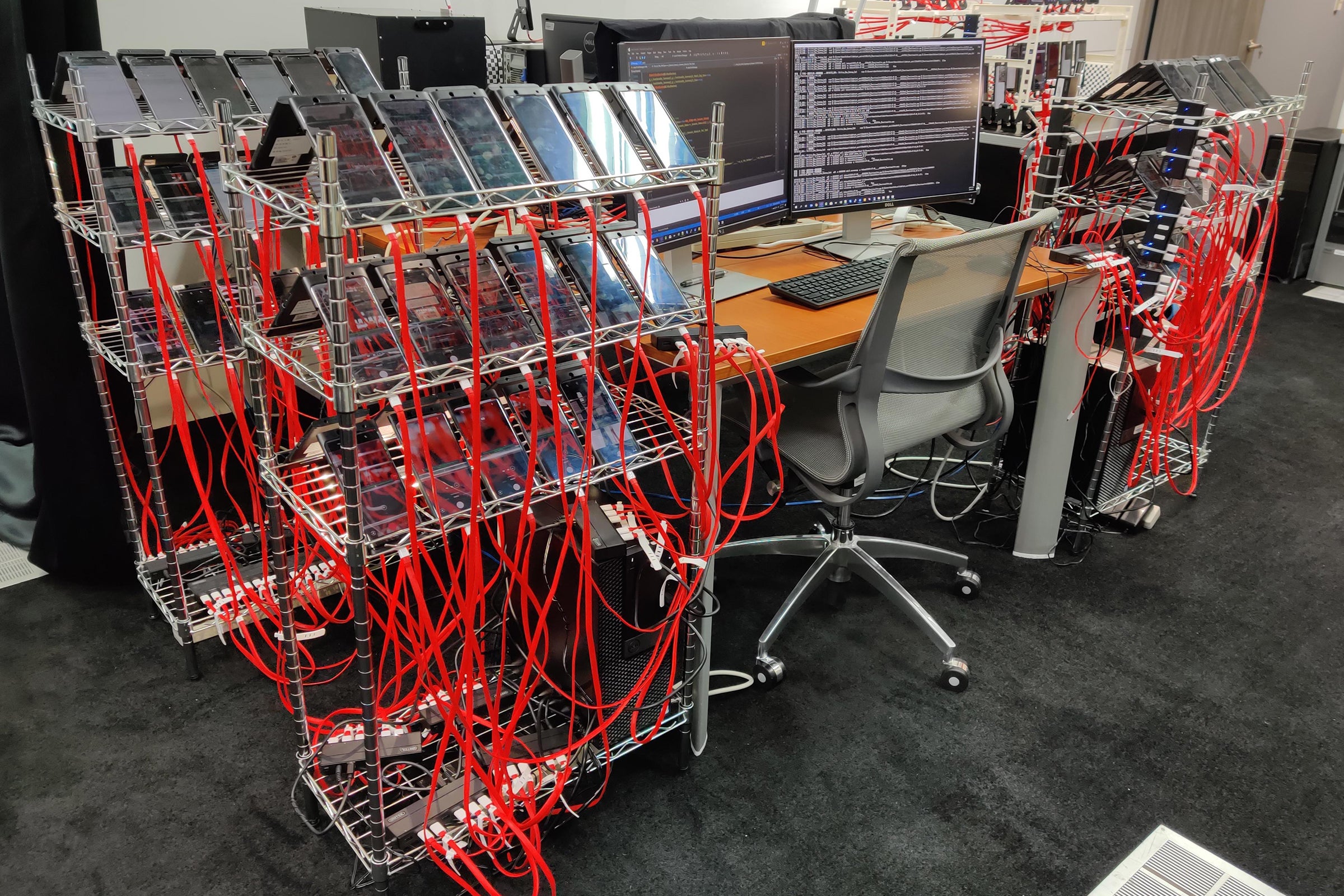 All of these devices are running a program written by the imaging engineers, automatically activating or switching on and off various features within OnePlus’s native camera app

These scores of phones are employed, not only to stress-test the reliability of the camera experience over time, but also to test for reliability issues when combining the camera app’s various settings, filters and modes with one another. Some devices run constantly in 24-hour cycles, depending on the test in question.

Whether it’s to include a bug fix, trial a new feature or update the algorithms that OnePlus has created for its own image processing, such test devices are also flashed with new ROMs (new builds of their operating system) on a daily basis; ensuring that the software is constantly evolving and improving.

Based on the discussions we had with the men and women of OnePlus’ imaging R&D team, it seems that alongside the standard iterative update process, designed to squash bugs and enhance general imaging performance, many user-requested capabilities may also be just around the corner.

When speaking with Zake Zhang, product manager at the Taipei office, he detailed the importance of feedback from the OnePlus community and its effect on the work he and his team carry out.

OnePlus’ camera improvements are implemented based on both objective and subjective analysis. While the state-of-the-art imaging lab covers the objective side of things, turning something as sterile as an algorithm and implementing it in a way that it creates a positive emotional response is arguably the team’s biggest challenge.

Zhang explained that his team takes both its own test devices, as well as rival devices from the likes of Google, Huawei and Samsung, out into the real world to see how the images they capture compare beyond the numbers-driven results of the lab. But as with so many other aspects of OnePlus’ phones, the community’s opinion also carries a lot of weight.

Most recently, the imaging team pushed out a blind image test to the users of its forums, and the results confirmed that their efforts had been worthwhile. The OnePlus 7 Pro clinched it in select natural and low light tests when placed against the likes of the Huawei P30 Pro, Google Pixel 3 and Samsung Galaxy S10 Plus.

Such results align perfectly with the product manager’s own opinion, saying, “In daylight shooting, the [OnePlus 7 Pro’s] colour is true to life and realistic – it’s also the most natural one, it’s not too saturated like Samsung, the Pixel drops too much shadow and contrast on its photos, we want to offer the most natural and realistic look.”

In Zhang’s opinion, the key to a great phone camera and continued camera prowess for future generations is to nail the algorithm. Computational photography and all that the term entails is where OnePlus is set to place its focus for the foreseeable.

“On the software side, I think that the trend is with computational software and everything’s now related to the computational algorithm, and we’re definitely looking at that.”

In the immediate future, Zhang also confirmed that OnePlus 7/7 Pro users can expect many of the primary lens-exclusive features to make their way to the phone’s other rear snappers. An often-requested ability since the 7 series’ launched. Zhang stated that “ultra-wide Nightscape and different focal lengths for the Portrait mode” are set to become permanent fixtures soon.