HTC Vive has announced its Cosmos Series x Aorus 15G bundle is now available to buy in the UK and Germany, seeing the Vive Cosmos virtual reality headset packaged up with the Gigabyte Aorus 15 gaming laptop.

Unlike the recent Oculus Quest 2, the Vive Cosmos requires the use of a gaming system to function, and so bundling it with Gigabyte’s gaming laptop makes a lot of sense.

However, with a whopping £2549 price, the bundle is unlikely to be a mainstream hit. The Oculus Quest 2, meanwhile, can function independently and only costs £299 – that’s a hefty price difference, although the Quest doesn’t offer the same level of performance as the Vive Cosmos unless connected to a high-end gaming PC with the £89 Oculus Link cable.

The Gigabyte Aorus 15G WB gaming laptop – featuring an Intel Core i7-10875H processor and Nvidia RTX 2070 Max-Q GPU – typically costs £1999 (although is currently on offer at Amazon) when purchased independently. Meanwhile, the Vive Cosmos currently retails for £699. Add those prices together, and you make a tidy £149 savings with the bundle.

HTC has also stressed that the Gigabyte’s Aorus 15G laptop included in the bundle will benefit from slight tweaks to make it more optimised for virtual reality. This includes a VR Mode that will optimise CPU, GPU and fan usage once the Cosmos is plugged in.

An AI-Assisted VR mode, powered by Microsoft Azure AI, will also supposedly allow users to disconnect the laptop from a power source and still maintain a high performance for virtual reality experiences. That said, running VR via a gaming laptop will likely deplete the battery at a rapid rate, so don’t expect hours of fun away from the mains. 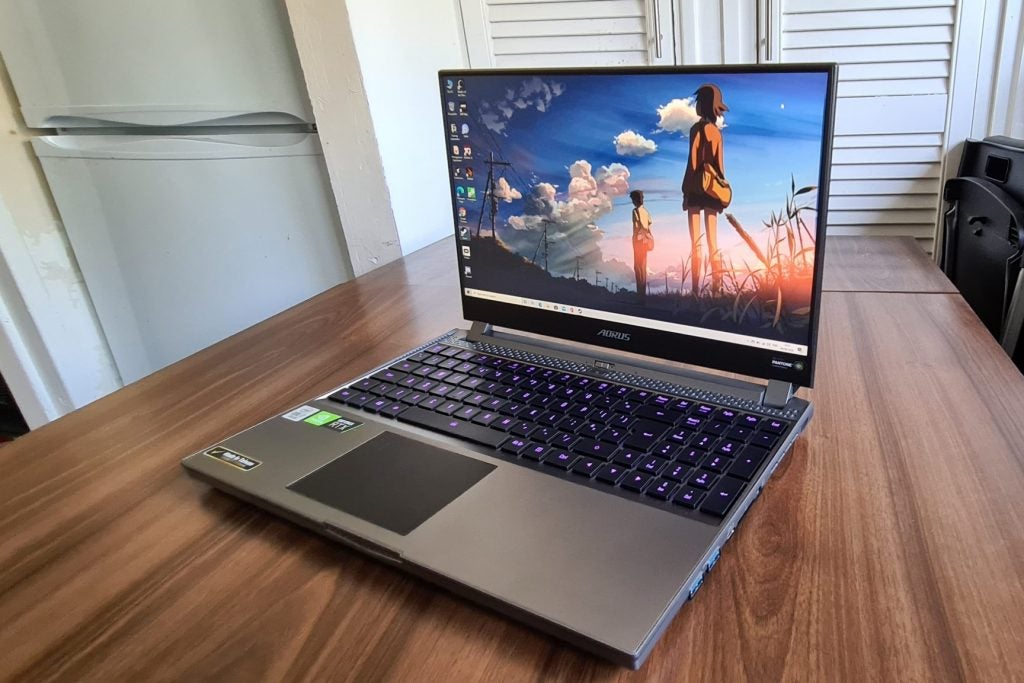 A VivePort Infinity subscription is also included in the bundle, allowing you access to numerous applications and games. Although don’t expect the likes of Half-Life Alyx to be included, which has to be purchased separately.

While it’s great to see the likes of Vive and Gigabyte teaming up for an all-in-one VR bundle, we’re unconvinced this particular bundle will appeal to the majority given its eye-watering price. And if you are new to virtual reality, we strongly recommend you check out the far more affordable Oculus Quest 2 instead.

HTC has emphasised that it feels it’s targeting a very different audience to the Oculus Quest 2, with the Cosmos aiming for high-end gamers rather than more casual users. However, the Quest’s ability to plug into a gaming PC (when used with the £89 Oculus Link cable) arguably means it can cater to both audiences. The Quest also now features a superior screen resolution to the Cosmos, so you won’t necessarily get an improved experience by spending considerably more.