‘Why it works’ is a monthly column taking a close look at some of the most interesting technology around; investigating not just how your favourite tech works, but why.

My breath catches in my throat as my teammate slowly crawls ahead on his stomach, inches in front of me.

Everyone else is dead and the guards protecting the facility we were infiltrating are now pacing the halls searching for us, footsteps echoing. We edge forward in silence, desperately trying to avoid making a single noise; any sound would give us away instantly and earn us a fatal case of lead poisoning.

Moments like this are what team-based first person shooter (FPS) Intruder is built on, and it’s tense. It might even be the scariest FPS I’ve ever played, where understanding the mechanics is only half of the puzzle, the rest being playing smart and learning fieldcraft. 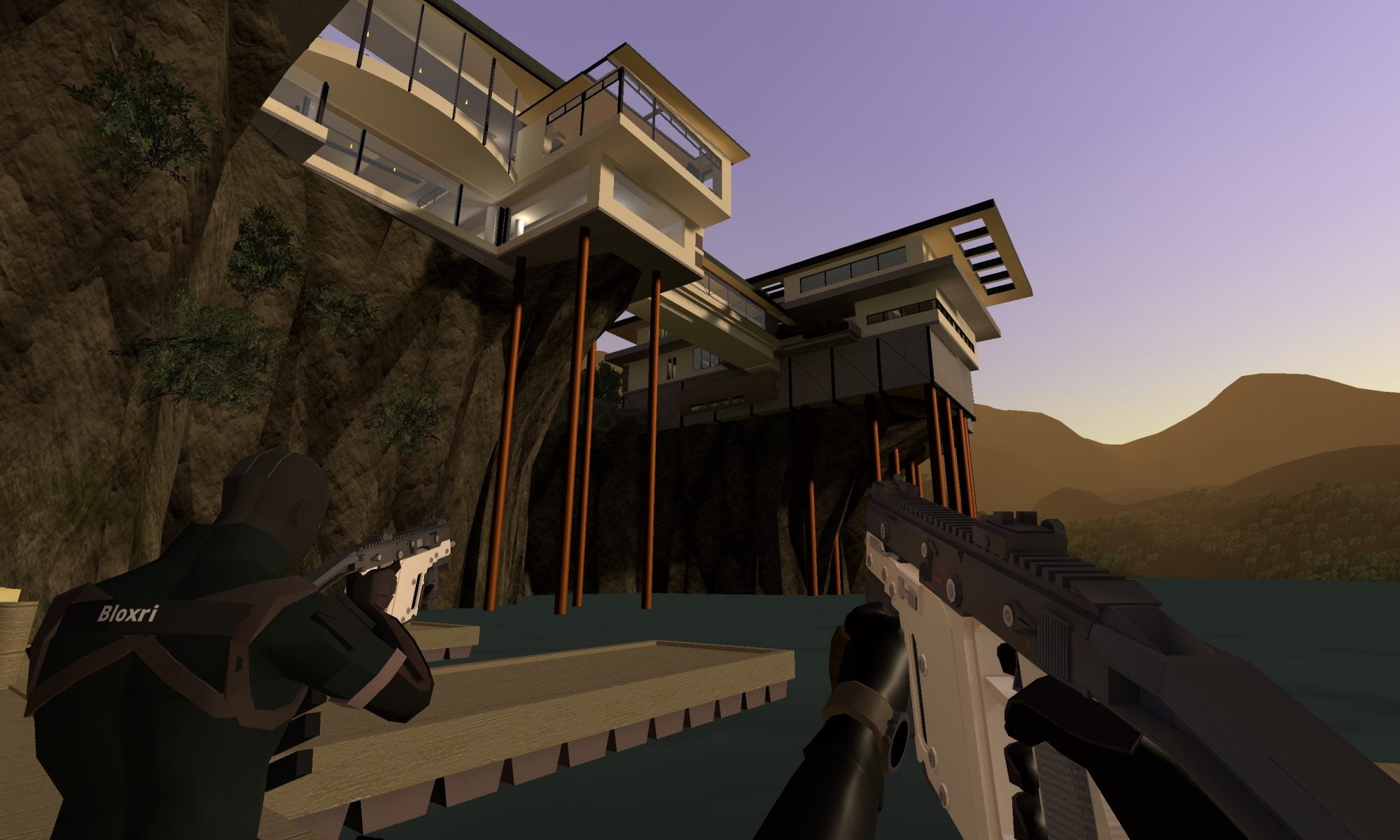 It requires your brain to be switched on at all times because the systems are sprawling and labyrinthine. The kill notifications offered in other shooters are absent here, which is a change that seems small but offers a lot of tactical depth; if you’re feeling bold you can play dead but one of the things you learn quickly is to put a round into the head of any prone enemy. Just to be sure.

There’s a simplicity to the game, despite its overarching systems. I’ve only played two different official maps, and while there are others being offered up, most play seems to center on these.

When you die, you die for the round, so every firefight is incredibly tense. Considering there are only a pair of maps, it’s still incredibly replayable and I’ve spent many hours running around stealing and protecting briefcases.

The guns are somewhat plain – you have a silenced pistol for shooting people quietly, a submachine gun that points itself at the roof if you pull the trigger for more than a second, plus a beanbag shotgun that knocks enemies down and senseless. If you’re lucky, you might also pick up a sniper rifle, which requires you to crouch and stop moving before you can get any sort of accuracy. They all have their uses and fit into the game well but combat is a brutal, clumsy thing, defined by the terrible physicality of your characters; jumping up onto a railing will often lead to you slipping and falling to your death, while running around a corner can lead to you falling over and sliding across the floor.

Explosives and bullets will, in addition to doing damage, knock you to the ground. It’s the first shooter I’ve played that’s managed to make me feel like the fleshy useless lump that I am.

You’re given a collection of tools: mirrors to look around corners, electronic motion sensors, C4 and finally a lockpick to open the randomly locked doors that populate the maps. These tools all have their own tricks and tips, and there are plenty of strategies that you’ll slowly pick up over time in order to use them effectively.

Learning these strategies takes time and it’s a tough game, which has made its arrival on  Steam an interesting time to be involved. Experienced players from the years the game spent in development are running complex plays over people just hopping in for their first time. But the community is fairly patient and ensures new players are introduced to the game’s advanced concepts quickly, either by mentoring them or slaughtering them repeatedly, both of which are learning experiences. 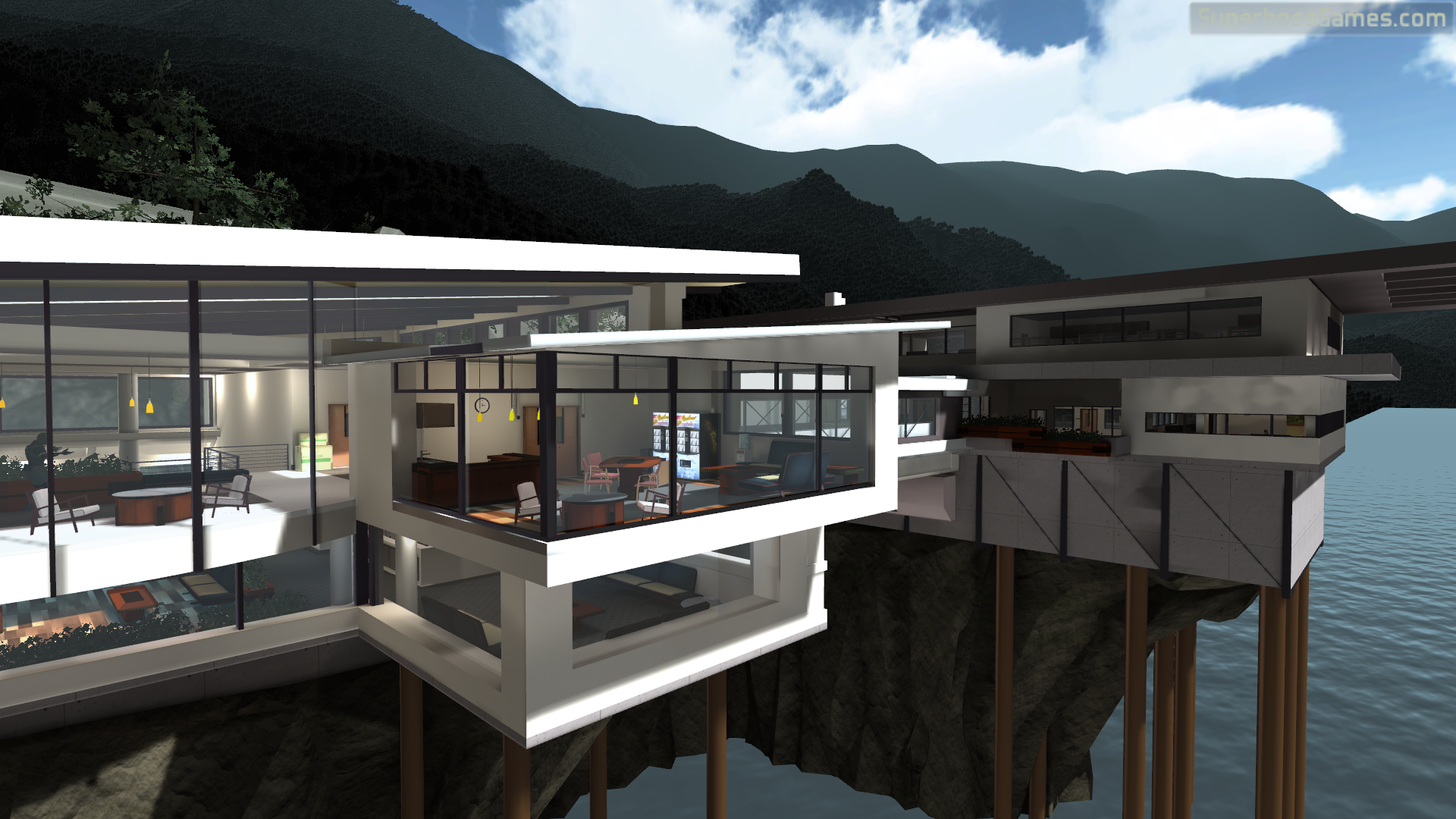 When these systems mash against each other you start to see some fun moments. Take for example, the vent swap, a play I first learned when I was playing Intruder seriously a couple of years ago. Here’s how it works.

The vents located near the “intruder” spawn point will take you directly into the server room containing one of the cases the intruders can steal to win a round. By design, the drop from the vent to the floor of the server room is one way, meaning that once you’ve grabbed the case you can’t make a quick exit. However, any teammate can take the case from your back. This means enterprising players soon learnt that by grabbing the case and clambering onto a table in the room means that a teammate still in the vent can grab your case off of your back and scurry off back into the vents.

Communication is terse because you talk in-game and speech can be heard by anyone close enough, friend or foe. If you want to talk to someone who isn’t stood within bellowing distance you have to put your gun away and get out a radio which means you’re both unable to defend yourself and loudly broadcasting your position.

Shooter games are often accused of homogeneity. Military man-shooters blend together in a horrible mess of gun porn and faux-realism as your jingoistic heroes battle the forces of evil – every game merges into one, every round blurs together. Intruder is an outlier. I have vivid memories of the time I jumped down from the roof only to slip on a railing and die ingloriously before a single shot was fired. Then there was the time I got shot and fell into the sea far below the house, only to survive and climb back into the building. Trailing blood behind me and clinging to the last vestiges of life, I stalked the house taking out the Intruders one by one with a silenced pistol as they started to audibly panic. “Dragon? anyone?” the last player tried on his radio, plaintive now as he realised how the 10-minute round had played out.

Moments like this are supposed to be what defines games, aren’t they? The bits where you have to tab out into Facebook Messenger to tell your friend what just happened, a 2AM “you had to be there” explanation of how you’re the greatest armed assailant the world has ever seen.

It’s been a long time since shooters had a real jump forward. Where most are content to drip-feed upgrades to anaesthetise you to the hours you’re pouring into them, Intruder dares to be different. The way it does it is, admittedly, by making you feel like a gross fleshy puppet with a lethal allergy to bullets but it turns out I’m one of those in real life, too.

Have you played Intruder on Steam? Perhaps you played the Beta kicked around by the developers for the last few years? We’d love to know what you thought of it, so let us know at @TrustedReviews