The new SanDisk Extreme and SanDisk Extreme Pro portable SSDs not only work with laptops and desktop computers, but also with any smartphone or tablet that features the USB Type-C port, including the recent iPad Air 4.

With the SanDisk Extreme Pro Portable SSD featuring read and write speeds of up to to 2000MB/s, it boasts the privilege of being one of the fastest portable SSDs you can currently buy. The aluminium chassis reportedly acts as a heatsink to ensure these rapid transfer speeds. 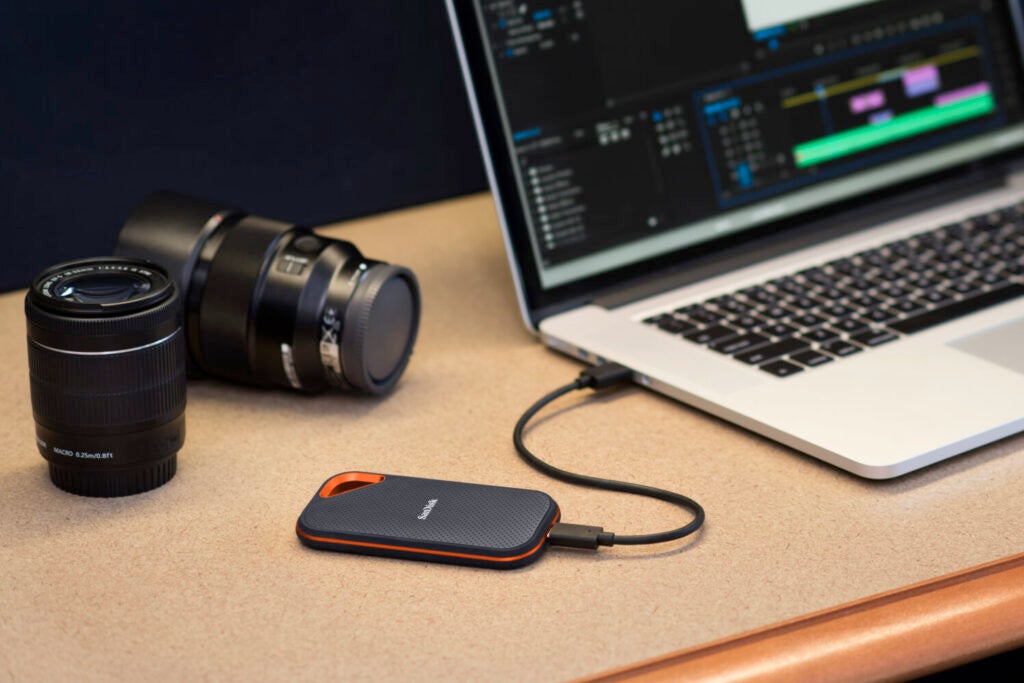 The SanDisk Extreme Pro portable SSD is currently only available with a whopping 2TB storage capacity, costing £418.99, but Western Digital has promised that a 1TB model will arrive in stores later this year.

Western Digital claims it has designed this new NVMe drive for those who work with 4K and 8K footage on the go. Two-metre drop protection and an IP55 rating should also ensure the SSD can cope with the great outdoors.

The portable drive is now available with a 500GB storage capacity at £133.99 and 1TB capacity at £216.99, while a 2TB model will apparently launch later this year.

Besides the heatsink, the SanDisk Extreme Portable SSD will boast all the same features as the Pro edition including password protection, two-meter drop protection and IP55 water and dust resistance.

Both of the new SanDisk portable SSD drives will see a five-year limited warranty, and are now available to buy on the Western Digital Store, as well as select online retailers.