Apple’s big developer conference, WWDC 2017, has begun and its opening keynote has just finished. Amongst other things, we’ve had several new announcements including a MacBook Pro refresh.

Here’s what we know so far:

The big change here is the addition of Kaby Lake processors. That’s Intel’s 7th generation chipset and means the entire MacBook Pro line has received a significant bump in processing power, with new processor models from the more efficient generation of chips.

There’s also a new 13-inch MacBook Pro configuration, that comes sans Touch Bar but starts at the lower price of £1249/$1299. A lower-price MacBook Pro was something many people had been clamouring for, although it appears the only change that’s been made to make this possible is halving the base model of storage to 128GB.

Our tables below show you what’s new, with each model compared with its 2016 equivalent. 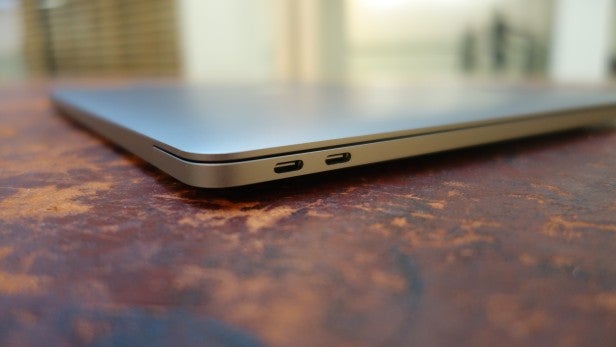 There doesn’t appear to have been a bump in memory, which initial reports suggested, and we’re stuck on a maximum of 16GB for all the devices. But the base model now gets 2133MHz memory, where before it was limited to 1866MHz.

Other than that, not much has changed. Previous reports suggested we’d see a new in-house chip that would improve low-power performance when the device is sleeping, but Apple mentioned no such thing during the WWDC Keynote.

That means the new MacBook Pro 2017 comes with all the same specs as existing models, from the Retina displays, Touch Bars on more expensive models and plenty of Thunderbolt 3 support.

Stay tuned for all the latest from WWDC as TrustedReviews will be providing updates throughout the night.

Let us know what you want to see from the new MacBook Pros in the comments.