From an interesting curiosity to one of the best smart home platforms on the planet, Apple has surely and steadily been improving HomeKit.

With iOS 14 Apple has announced a raft of new features that not only boost control but add in options that normally only appear in manufacturers own apps. Here, we’re taking a look at what you can expect.

Apple HomeKit Secure Video lets you use your iCloud storage to store footage from compatible cameras, rather than having to sign up for a third-party system, such as Ring Protect or Nest Aware. All processing with the system is handled locally on your network, and video is stored securely in iCloud, with the aim that HomeKit Secure Video provides a more private and secure way of handling your video footage.

After launching last year, a few companies have embraced the technology, with models from Eufy, Arlo and Logitech all working with it. As interesting as HomeKit Secure Video is, the service was quite basic until now.

With iOS 14, HomeKit Secure Video will now support facial recognition and activity zones, where you can select a part of an image that you’re interested in monitoring. The former will use data from Photos to recognise people.

This will be the first time that these kinds of features have been provided by a third-party system. Given security concerns with some other manufacturers, these features could help push consumers to use HomeKit Secure Video.

Smart doorbells that support HomeKit can now make announcements through devices. If you’ve got a HomePod, your compatible doorbell can tell you who’s at the front door; if you have an Apple TV, you’ll get a picture-in-picture feed.

They’re nice touches and replicate the features available through the Amazon Echo smart speakers for the Ring Video Doorbell line-up, and through the Google Nest Hub for the Nest Hello. The big question here is will Ring or Nest will support Apple’s features?

Light has a big impact on the way that we feel and operate, and now HomeKit will be able to adjust the temperature of your colour-changing bulbs automatically throughout the day, going for a colder light in the day and warmer light at night. 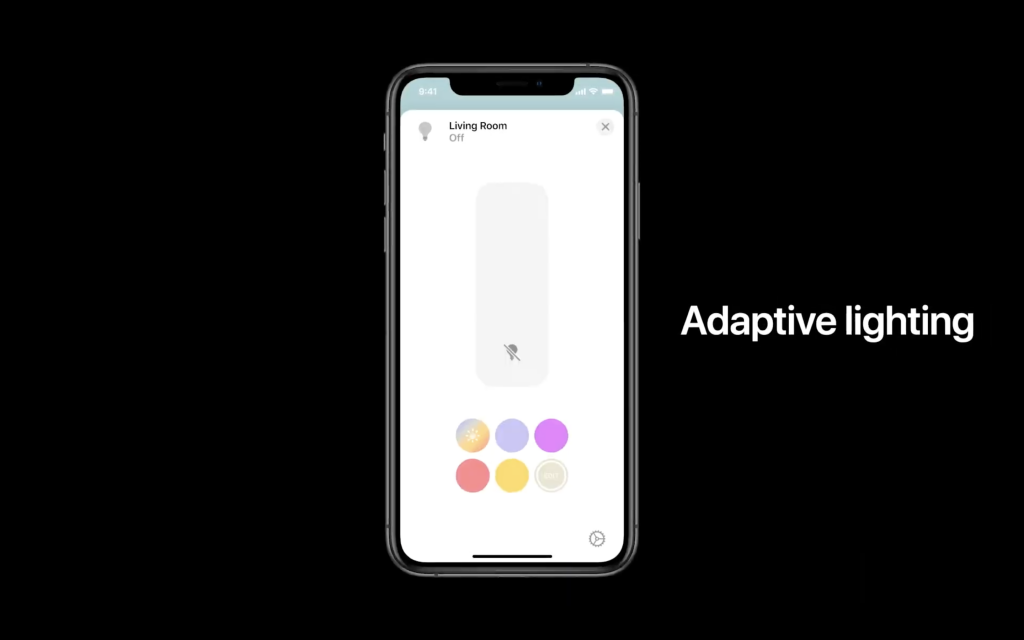 This feature will, hopefully, be similar to the automatic light change that the Dyson Lightcycle Morph uses, only HomeKit should work with all of your smart bulbs including Philips Hue models.

The Apple Home app will be better at discovering new devices, popping up an overlay when there’s a smart device nearby. It looks to be a similar way that devices such as the HomePod are discovered.

Once devices are found, the Home app will give suggested automations for that device, helping you to automate your home. The example given by Apple was that when you add a smart garage door opener, you’ll be prompted to add an automation that closes the door automatically when you leave home.

Related: Will my phone get iOS 14?

Questions that we have

As good as the announcements were, there still remains some issues and questions that we don’t have answers to. First, the big problem with HomeKit is the lack of support, and there are lots of products that don’t work with HomeKit (Ring, Nest and Honeywell to name a few). Without wider product support, it’s harder to fully automate your home using HomeKit. Part of the Apple Keynote introducing the new features mentioned how Apple had open-sourced HomeKit and was working with Amazon and Google on a new interoperability standard; we’ll have to see how this pans out and if that means more devices will work with Apple’s system.

Secondly, we couldn’t see if some underlying tweaks have been made to the Home app to give it more control. For example, there’s no toggle option for lights, so you can’t programme a smart switch to turn lights on or off; and the Arlo base station isn’t supported in HomeKit, so you can’t change modes without using the Arlo app.

As the full OS releases later this year, we’ll be able to bring you updates and a more in-depth look at the features over the coming months.