Alongside the redesign Google, has also rolled out a number of other improvements for its flagship browser, all listed in an accompanying blog post. Of course, the biggest change to report is the Material Design refresh, which brings a number of aesthetic and functional improvements to the browser.

Icons have been rounded and redesigned, but more importantly the user interface has shifted to (hopefully) make the browser easier to use. On mobile, for example, the toolbar has moved to the bottom, to work better on phones with larger screens. It’s also become easier to view your open tabs on mobile, which are now displayed as a grid rather than the sliding panes. 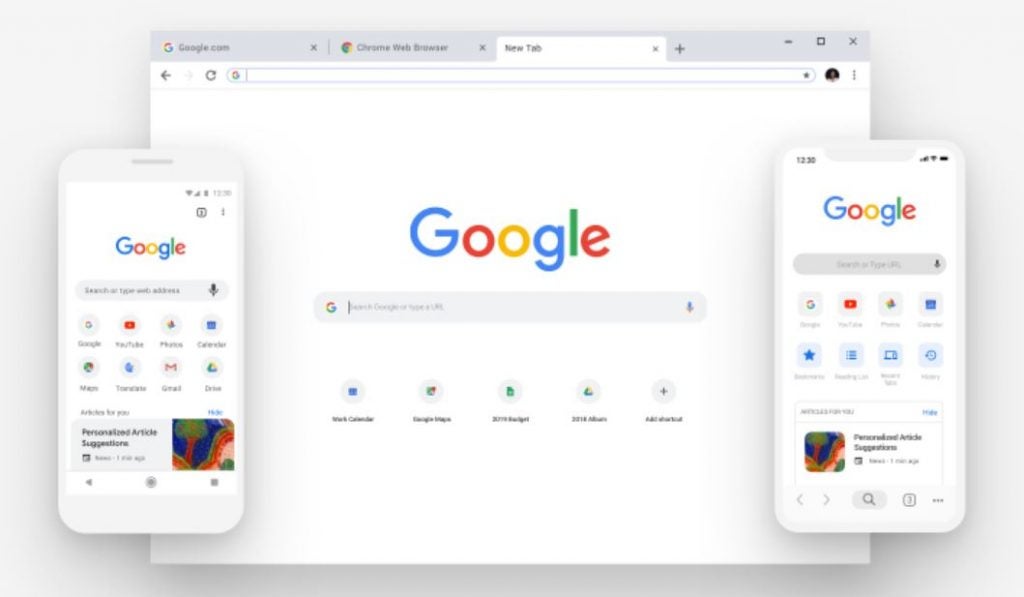 On desktop, the design changes are more aesthetic than functional. After all, the size of computer monitors hasn’t changed hugely in recent years, so it’s more a case of making sure the existing UI can scale up to much higher resolutions.

Getting serious about passwords

Probably the most impactful change that Google has made however, is how Chrome handles passwords.

But remembering dozens of strong unique passwords is nigh on impossible, and although password managers exist for a reason the number of people that use them pales in comparison to the number of users Chrome has.

So now, Google is beefing up Chrome’s built-in password manager so that you’ll have to make an effort to not use it. When you come to create an account with a site that needs a new password, a small drop-down menu appears to suggest a unique password for you to use.

We’ll still be using a dedicated password manager for the time being, because of the way it offers a dedicated app where you can quickly view all your saved passwords for use when you’re not on your own device, but the feature should prove very useful for anyone who wants a more convenient solution.

Do you like the new design revamp? Let us know @TrustedReviews.